While discussing an upcoming vote on the district's reopening plan trustee, Charda Bell-Fontenot, made comments about white supremacy and racism. 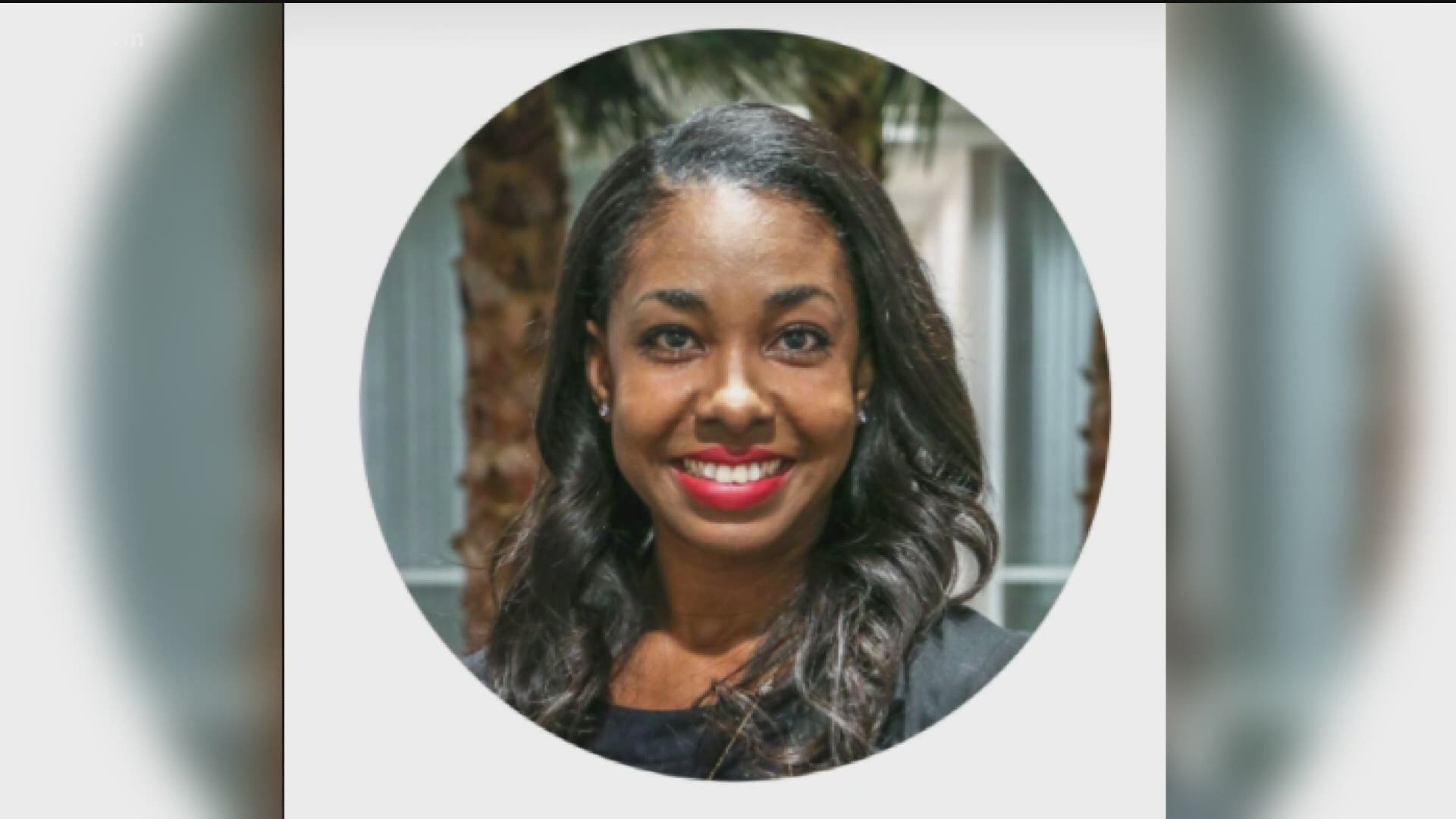 SAN DIEGO COUNTY, Calif. — A La Mesa-Spring Valley school board member is facing criticism for comments she made at a board meeting Tuesday night. While discussing an upcoming vote on the district's reopening plan trustee, Charda Bell-Fontenot, made comments about white supremacy and racism.

That board member is a Black woman, as well as the board's vice president. The comments were made over the course of several minutes. It started off when other board members said they needed to vote on a return to school date.

Bell-Fontenot followed up asking several questions, saying they needed more information and that she didn't feel like she had to vote on the topic that night. In recorded video from the meeting, Bell-Fontenot’s video is off, but you can hear her voice as she reacts to other members.

“I know what we are doing is wrong. That seems like a very white supremacy ideology to conform...privilege you guys....check it……I'm not gonna force anyone to do what they don't wanna do. That's what slavery is. I'm not gonna be a part of it,” Bell-Fontenot said.

The video below was recorded and shared by a parent in the district. Since then, several parents have called for that board member to step down.

The full recording of the meeting is available below:

The board did eventually vote to open up classrooms April 19, two days a week, for two hours a day, which many parents are not happy with. Bell-Fontenot was the only member to vote no. A petition has since been started calling on her to resign.

As for those comments, News 8 reached out to the board member as well as the superintendent.

The superintendent released a statement Thursday on behalf of the board saying in part:

"She behaved in a manner the Board does not condone, nor did her behavior represent our values and our commitments to our students, community, and to each other. We have received many emails and calls of great concern from our families and community members. While we were also disappointed and offended by Trustee Fontenot's behavior, we were saddened to learn that she has received hateful, racist, and threatening communications as a result."

Editors Note:  The story had incorrectly stated that Bell-Fontenot's attorney, Corry Briggs had told News 8 that her comments were taken out of context.  Mr. Briggs did not say that to News 8.  We regret the error.

Cory Briggs, an attorney who says he is representing Bell-Fontenot  issued the following statement on Thursday:

"Nobody wants to see students return to school more than Trustee Bell. Her concern has always been and remains making sure that every student returns to the safest learning environment possible. There is overwhelming, undeniable data that – for decades before this pandemic – our communities of color have had to endure disproportionate economic, social, educational, and health-care burdens due to bad government policies. The pandemic has only made those burdens worse. Trustee Bell firmly believes, based on the evidence, that re-opening schools without a plan to ensure that every child is fully protected and fully supported will perpetuate, if not worsen, the disparities that LMSVS students of color and their families already face. She objected to her colleagues’ plan not because it went too far, but because it did not go far enough to ensure that students return to a learning environment that is equally safe and supportive for every single one of them. She makes no apologies for her conviction that looking out for the safety, well-being, and opportunity of every student is far and away the most sacred responsibility of the Trustees."

The school board has issued the following statement regarding concerns about the trustee's behavior:

"At the district's special board meeting on Tuesday (2/23), Trustee, Charda Bell-Fontenot, behaved in a manner the Board does not condone, nor did her behavior represent our values and our commitments to our students, community, and to each other. We have received many emails and calls of great concern from our families and community members. While we were also disappointed and offended by Trustee Fontenot’s behavior, we were saddened to learn that she has received hateful, racist, and threatening communications as a result. The school district will continue to forward all hate mail and threatening communications to law enforcement. We want to make it very clear that La Mesa-Spring Valley does not condone any behavior that disparages or bullies anyone. We strongly condemn behavior that is racist, discriminatory or threatens violence of any kind. We must embody our commitment to value and love our students, and our neighbors. In fact, last June, the Board of Trustees released the following equity statement to reaffirm our stand against discrimination and racism in all forms, most especially in our schools:

As affirmed in our equity policy (BP 0415), the La Mesa-Spring Valley School District is committed to the realization of equity and social justice within our schools. We stand together with those that have suffered violence at the hands of racism and oppression, and we are committed to ensuring that each and every one of our students is valued and loved. As we move through these devastating times in our community, we reaffirm our ongoing commitment to ensuring equity in our schools. We are actively engaged in this ongoing work, to affirm the unbounded worth and potential of all children. We continue to partner with San Diego State University and the San Diego County Office of Education in an effort to examine and implement best practices in our schools. We are committed to ending the inequities that exist because of the history of exclusion, discrimination, segregation, and systemic racism in our nation’s educational system.

Please note that school board trustees are not district employees; they are elected officials. The school district does not have the authority to release duly elected trustees from their positions; that authority rests with the voters alone. Questions about the election process should be directed to the San Diego County Registrar of Voters."

Local activist, Tasha Williamson, is backing the comments, saying that they were taken out of context and Bell-Fontenot was just trying to ensure equal protection for all students and staff.

She says the backlash Bell-Fontenot has received has crossed a line.

"It has come to a point where she is scared for her safety and her family's safety."