Instead of grading a student based on an average of quizzes, homework assignments and tests, grades will be given depending on how well they understand the material. 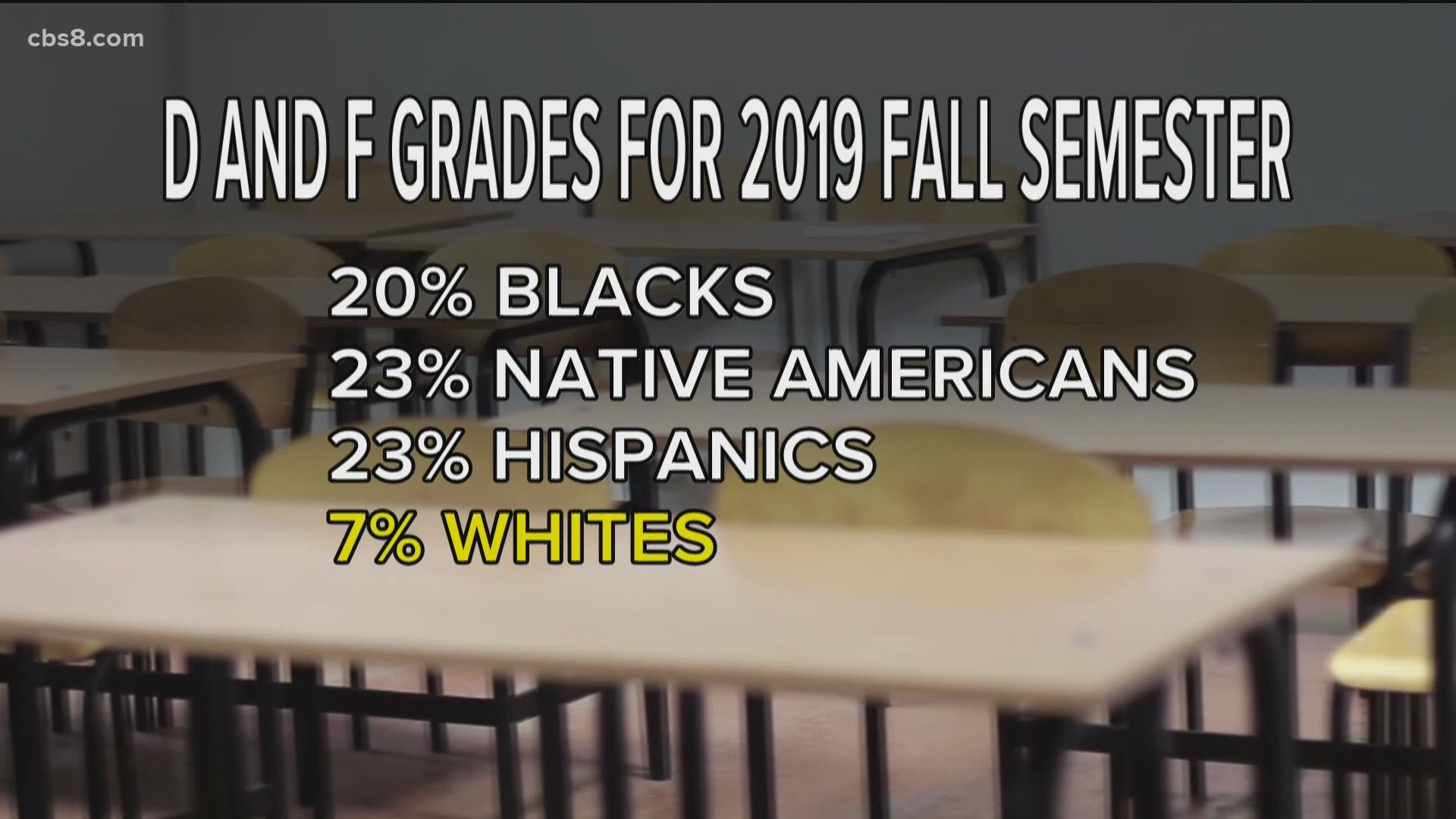 SAN DIEGO — The San Diego Unified School District is changing the way students are graded after it was revealed minorities get worse grades compared to white students.

The board approved the new grading policy last week. It’s something it has discussed for years, but following George Floyd's murder, it revisited the issue during a workshop in July.

"If we want to be an anti-racist school district, we've got to confront those issues," said Board Vice President Richard Barrera.

District data shows during the first semester of last school year, 20% of all D and F grades went to Black students. Native Americans and Hispanics each accounted for 23%. Meanwhile, whites made up just seven percent.

"These grading practices were one of four key areas that we looked at," said Barrera.

Instead of grading a student based on an average of quizzes, homework assignments and tests, grades will be given depending on how well they understand the material at the end of the semester.

"So, we don't think if you had let's say F's early in the term and then you aced that final that that should average out to a C," said Barrera. "We think you've shown you've mastered the material and should get an A."

In addition, teachers can't incorporate non-course factors into final grades, like turning assignments in on time and classroom behavior.

"We know that students at different times struggle," said Barrera. "We know that some students may take a little bit of time to get material. What we don't want is students to just give up."

The board unanimously approved the change last week. Since then, Barrera said it's been well received.

"I know my friends are excited about the idea that 'hey, maybe if I have something going on in my life and can't turn the assignment in on time that day,' well the next morning it's going to be OK,"  said Patterson.

Patterson, a student member of the school board, believes the new system reflects a more modern approach -- one officials hope will lead to future success.

"Things are cumulative and they build on each other," said Patterson.

“What we're trying to get away from is a grading system classifying young people," said Barrera.

The policy will go into effect immediately, though district officials acknowledge it will take time for students and teachers to get used to it.