Some said January 4 is too soon to return to in-person learning. 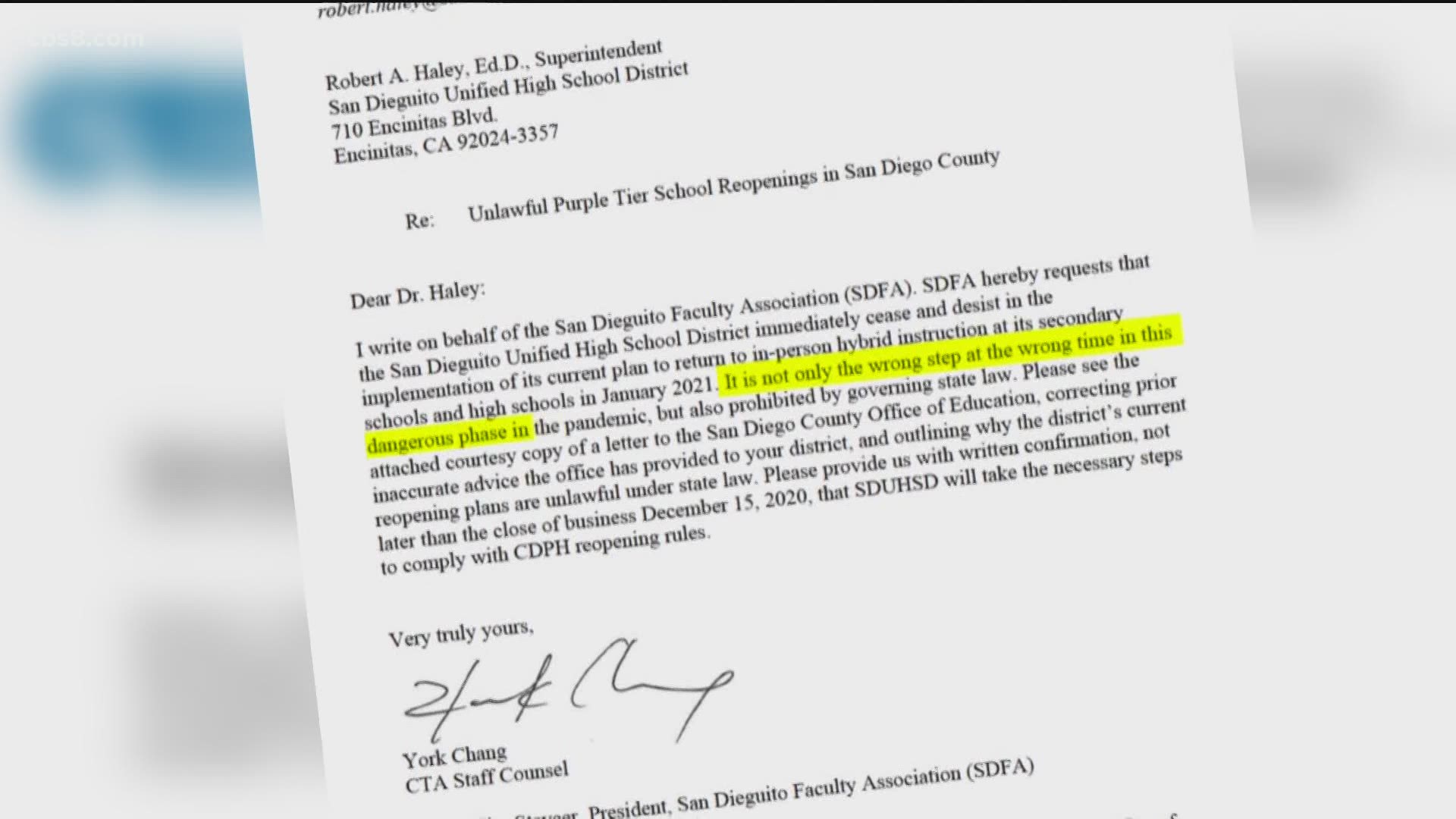 ENCINITAS, Calif. — Teachers and parents in the San Dieguito Union High School District are speaking out against plans to welcome all students back onto campuses in a hybrid model starting January 4, 2021.

It's a plan some are calling rushed and unsafe.

"It just doesn't make sense and isn't worth the risk," said Adam Fischer.

Fischer's daughter is an 8th grader in the district.

He said distance learning has gone well for her and with COVID-19 cases skyrocketing countywide, he has no plans to send her back to school.

“It's the bare minimum of what the law requires and essentially nothing beyond that," said Fischer.

Teachers, do not have that option to either work from home with distance learning or return to the classroom come January 4.

“It's either go back to the classroom or take unpaid, uninsured leave," said Jessi Mortensen.

Mortensen teaches fine art. She's immunocompromised and shares a home with her 80-year-old mother. She's worried, claiming school officials will not be transparent if someone in her class gets sick. Beyond that, she doesn't see the benefit of going back given all the restrictions.

“The students in my classroom are going to be logged into a meet," said Mortensen. "They're not going to be interacting with me in any personal way because I can’t get close to them.”

The California Teachers Association sent a cease and desist letter on behalf of the faculty association to the district saying not only is a return to school dangerous, but it's also prohibited under state guidelines.

Schools can't reopen in a purple tier unless they've already been open. Superintendent Dr. Robert Haley responded, saying in part they are following the guidance of Public Health Officer Dr. Wilma Wooten, and at this point have been given the ok.

Technically, the district has been open even though it's only been for a small number of students, but some argued that's not enough to meet the current guidelines.

The board is holding its next regular meeting on December 15. This issue is expected to take center stage.