"I'm getting harassed by my property manager but it's not fair,” said Patricia Mendoza, single mother of two in Imperial Beach. “I had to choose food before rent.” 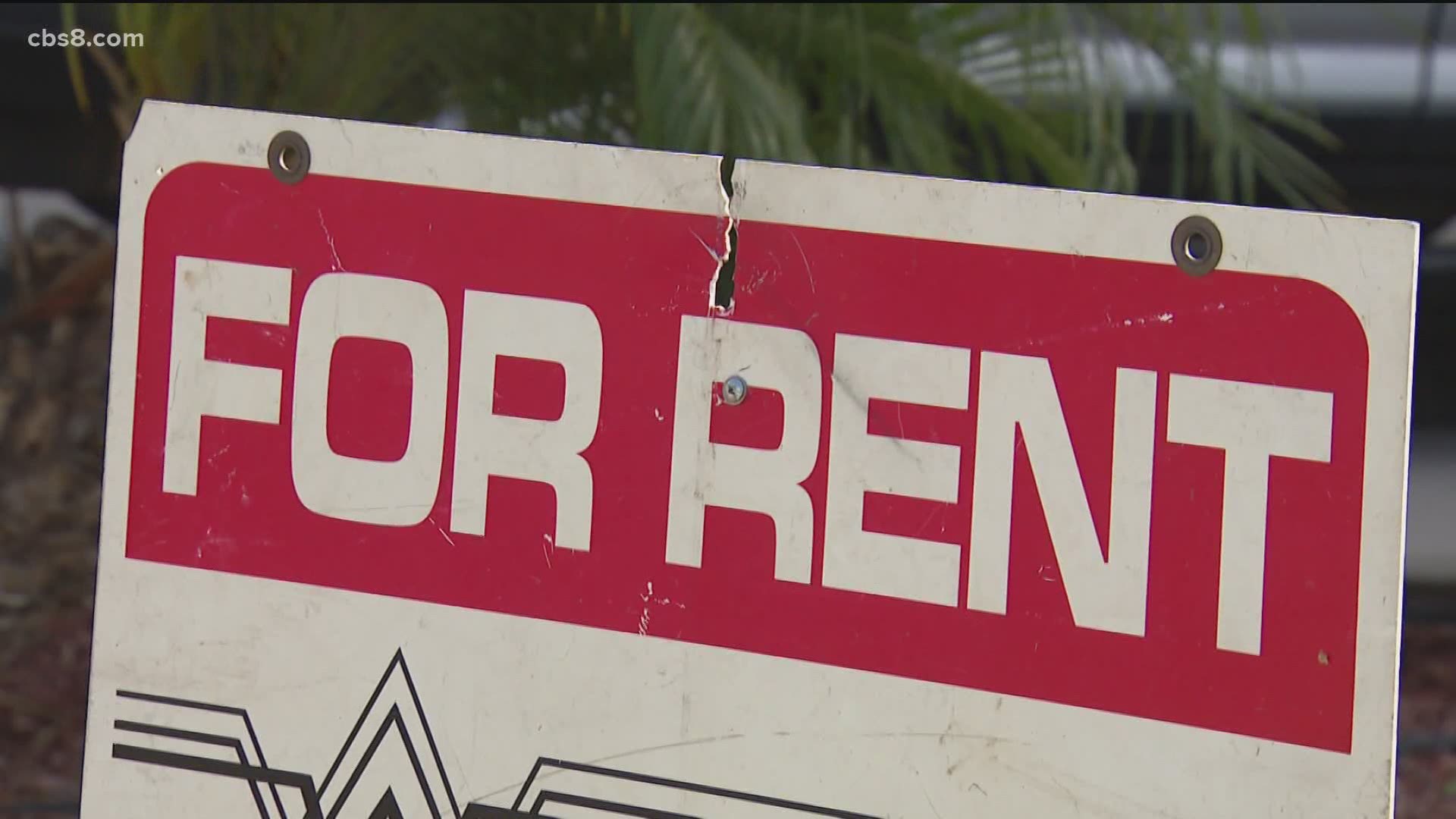 The federal moratorium that protected renters from eviction during the coronavirus pandemic expired Friday. Now, experts fear a major spike in evictions. In San Diego, an eviction moratorium remains in effect through September, but renters are already worried about what will happen when it ends.

“When I see those commercials that say, ‘we’re in it together,’ it doesn't include me and my family and that hurts,” said Patricia Mendoza, a single mother of two who lives in Imperial Beach.

In April, Mendoza was laid off from the job she loved transporting patients to and from nursing homes and hospitals. She stopped paying rent in April because she couldn't afford it.

"It's been a struggle,” Mendoza said. “I had to choose food before rent.”

She applied for unemployment as soon as she was laid off but didn’t start collecting it until the end of May.

A staggering 19 to 23 million Americans are at risk of eviction by September, according to a study by the Aspen Institute. And the majority of those impacted are low-income renters and people of color.

In Imperial Beach, the moratorium that protects renters from evictions lasts through September. It's the same in San Diego, but city council president Georgette Gomez said the reality is it needs to be extended longer.

"I do not see us coming out of this by September 30,” she said. “I do foresee another extension. I hope my colleagues see this. There are still a lot of people unemployed.”

This week, Gomez plans to introduce a proposal to the council that would extend the deadline to pay back rent until March of next year.

Meanwhile, in Imperial Beach, Patricia Mendoza worries about the future.

"What hurts more is ‘do I have to tell my kids we are gonna be homeless? Gonna live out of a van?’ because I don't wanna do that,” she said. “I'm not gonna fail as a mother.”