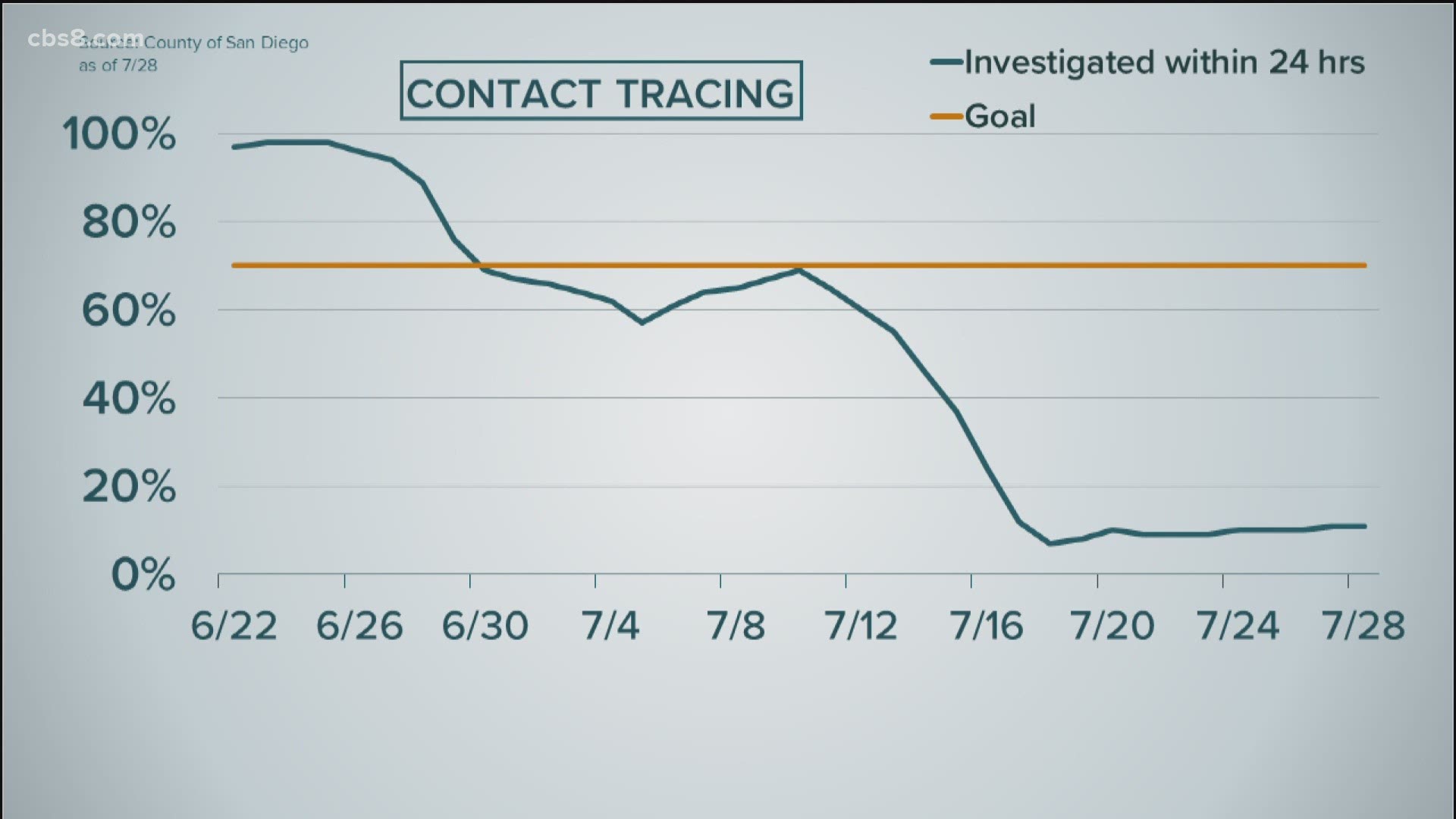 The head of the Chicano Federation of San Diego did not hold back her criticism of the plan. She said the county lied when it previously said they would hire contact tracers that represented the community and that the county has failed Latinos in every step of this pandemic.

Latinos make up about 35% of the county’s population, however, they make up 61% of those hospitalized in the county and they account for 45% of the recorded deaths due to the virus.

That is why activist Reverend Shane Harris has joined the Chicano Federation in voicing criticism. They both believe that the breakdown of contact tracers should not represent the community demographics, but instead, they should represent the demographic of people impacted by the virus.

Roberto Alcantar, the chief strategy officer for the Chicano Federation of San Diego County said "county leaders lied when his organization was told repeatedly that the county was working diligently to hire people from the community."

"There's no excuse for these delays this is a matter of life and death," Saldana said.

Hearing about the impact of lack of adequate Latino #contactTracers in San Diego County as the Latino community makes up about 35% of the county’s population, but makes up 61% of those hospitalized and they account for 45% of the recorded deaths due to the virus.
@shaneharrisnow pic.twitter.com/gkA5VvHpy4

Harris said the county should stop being reactive and be proactive.

"This pandemic has been going on for months, why is the county just now addressing this and not timely providing us with a racial breakdown by the numbers," Harris said.

Martin Arias of the Hispanic Chamber of Commerce said access to information is a struggle for his own parents in their late 60s, who don't have internet other than a smartphone he provides them.

"When they get a phone call, they are automatically, you know, hesitant to answer any questions just because of the fact they don't know who's on the other side of the line especially if they don't speak Spanish," Arias said.

As the largest ethnic group affected, they believe a majority of those hired to conduct contact tracing should be from the Latino community or speak Spanish. They believe this is needed in order to more accurately and efficiently track cases of COVID-19.

"We are reaching out to our community partners in the Latino community to recruit more Latino contact tracers. As you know, the staff assigned to contact trace was just under 200. The high and rapid demand for adding over 500 more is still in progress. We will refocus on matching the ethnicity of contact tracers with those testing positive."

The Chicano Federation did speak with county leaders Thursday and are hopeful of more Hispanic hires.

"Based on the conversations we've been having with them today, and some of the plans that they've been working on, we are definitely optimistic about the fact that there will be change coming," Alcantar said.