In some parts of the country, the incidence of confirmed Coronavirus cases among American Indians is more than three times that of whites 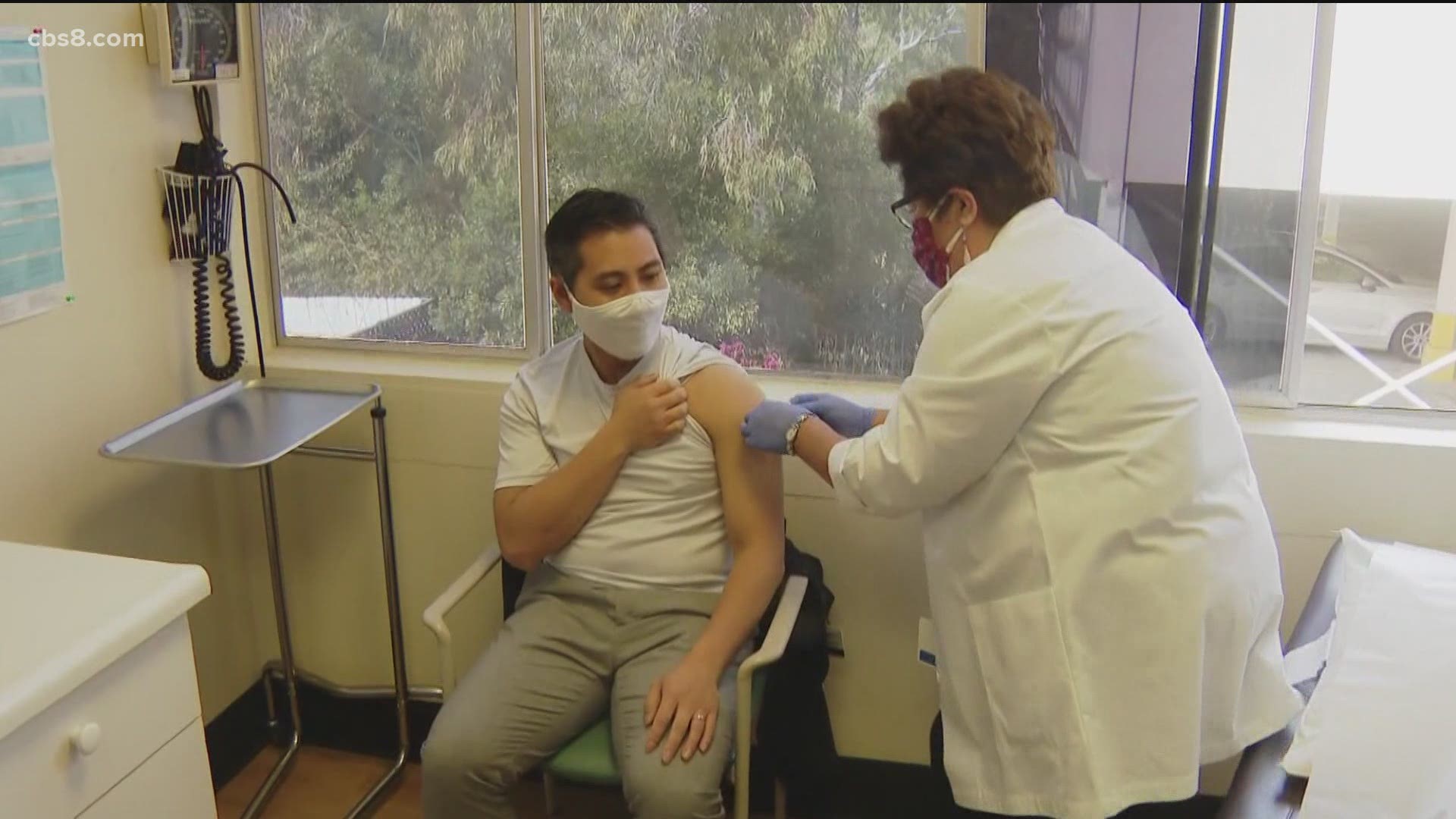 SAN DIEGO COUNTY, Calif. — While COVID-19 has devastated many Native American tribes across the country, killing older American Indians at alarmingly high rates, local tribes in San Diego County have had their resilience put to the test in other ways during the pandemic.

"Many lives are being lost, especially our cultural keepers and our elders," said Dr. Joely Proudfit, chair of the American Indian Studies Department at Cal State San Marcos. "The cultural knowledge that they bring to the community: that is irreplaceable."

Those revered elders are invaluable, passing down their tribes' culture and language to the younger generations.

Dr. Proudfit said that those losses suffered by so many communities in other parts of the country, particularly in Navajo Nation, have not been seen to the same extent in San Diego County.

"I think it's a direct result of our tribal sovereignty here," she added.

Dr. Proudfit pointed to local tribes' success in leveraging their economic resources, specifically through tribal gaming and investing in health care for their members. The relatively smaller populations of tribes county-wide, as well as their tribal land size, also play a role.

"Our borders can be protected easier than some of the larger tribal communities," Dr. Proudfit said.

"We have had to adapt," Pinto added.

When COVID-19 struck, Pinto said the tribal nation declared a state of emergency, quickly forming a Coronavirus task force. The community later purchased special freezers to store the vaccine, which they are now administering to their members.

"There has been some resistance from younger and older people, but there have been others welcoming of the vaccine," Pinto explained. "We trust in science for the most part."

A CDC study finds that COVID-19 has disproportionately impacted Native American communities nationwide. In some parts of the country, the incidence of confirmed Coronavirus cases is three-and-a half times that of whites, with a COVID death rate that is almost double. While thankfully that is not the case in San Diego, the pandemic has exposed other inequities.

"There is a digital divide," Dr. Proudfit said.

This divide is especially stark in the far reaches of East County, where Internet service is not as reliable.

Being able to connect online during the pandemic has been critical, of course, at a time where social gatherings are just not possible.

For example, some local tribal members have used the internet during this time to teach and learn the Kumeyaay language, and last September 'California Native American Day,' organized by the California Tribal Chairperson Association, was celebrated virtually.

During these challenging times, there has been a rise in substance abuse and domestic violence. Pinto pointed out that the Southern Indian Health Council regularly dispatches a special 'ROAM' (Roaming Outpatient Access Mobile) vehicle, which drives out to tribal communities, providing counseling and mental health services.

"I have a lot of catching up to do when this opens up," said Carlene Chamberlain, Pinto's mother and Secretary of the Jamul Tribal council. She said that not being able to properly mourn those who have passed away, no matter what the cause, has been one of the most challenging parts of the pandemic.

"I think that devastated me the most," said Chamberlain.

"Hopefully when this is all over, we will be able to do something for these people  who we've lost over this time, so we'll come together for them," added Jamul Indian Village Tribal Council Member James Cuero.

Native American tribes in San Diego and throughout the country have consistently demonstrated strength In the face of adversity, well before Coronavirus struck.

"We are extremely resilient," Pinto said. "We have had to adapt for hundreds of years, and we survived."

"We had hard times back then, so this is just a hiccup, albeit a two-year hiccup," Chamberlain added. "It is a hiccup and we are going to get through this as well."

Tribes are racing ahead of vaccination curve. Across the Lower 48 and in Alaska, tribes acted first to protect their communities from COVID-19 and now they are leading the way in vaccinations due to an existing health system https://t.co/Ch4lJuCDA8

RELATED: How are experts tracking variants of the coronavirus?