The purple tier would limit retail capacity at 25% and end indoor dining, fitness, worship, theaters, and personal care services, among other restrictions. 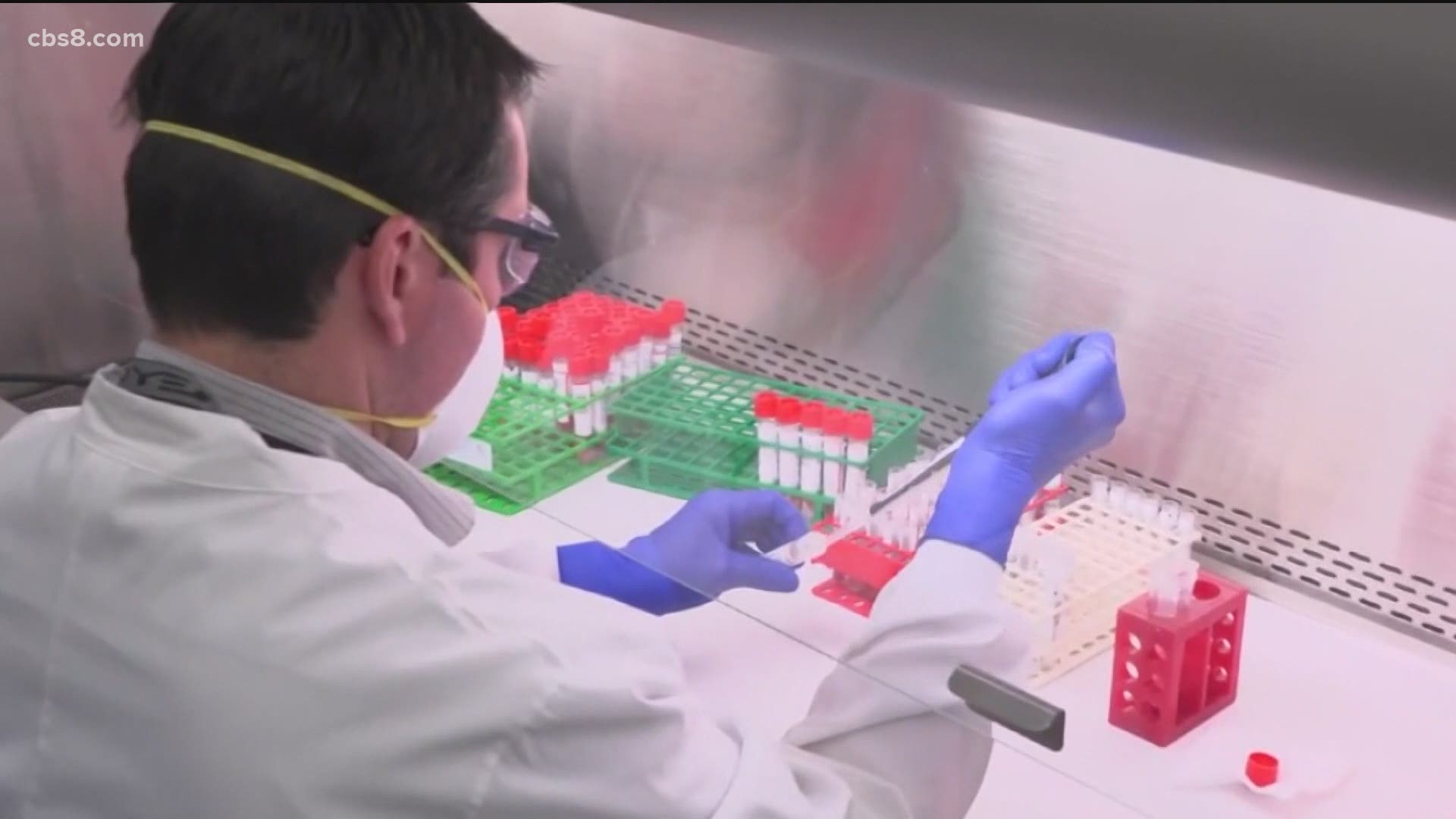 SAN DIEGO COUNTY, Calif. — San Diego County will, again, flirt with having a case rate that puts it on the path toward moving into the purple tier this week, the highest under California’s Blueprint for a Safer Economy. If the county’s adjusted case rate is above 7 when it’s calculated Tuesday, it could start a countdown toward potentially limiting retail capacity and forcing some businesses to operate exclusively outdoors.

On Friday, county health officials estimated the county’s unadjusted case rate at 7.8, well above the limits of the red tier. However, when it is officially calculated by the California Department of Public Health, the rate is typically lowered because the county receives a “credit” for doing more testing than the state median.

County leaders called on residents to continuing wearing face coverings and washing their hands to help prevent the spread of coronavirus.

San Diego’s last spike in cases occurred in late-June and July after most businesses were permitted to resume indoor operations. The case rate, using the current formula, peaked July 18 at 17.8. The surge of cases also increased pressure on hospitals. On July 23, 514 people were in a county hospital with COVID-19, the most ever since the pandemic began.

Since then, the pressure on hospitals has eased. On Oct. 11, 224 people were in the hospital with COVID-19. A day earlier, just 63 people were in county intensive care units. Both were the fewest since the county began releasing this data on April 1 and April 3 respectively.

“Those are the early indicators of how widespread COVID-19 is throughout our communities. Hospitalizations, deaths, and outbreaks are further downstream indicators,” explained Wilma Wooten, M.D., M.P.H., the county’s public health officer.

A return to purple could hurt businesses that continue to struggle with the economic fallout of coronavirus.

It would limit retail capacity at 25% and end indoor dining, fitness, worship, theaters, and personal care services, among other restrictions.

However, the need far outweighs the available funds. The county approved 776 applications from District 5, the most of any district, to receive a share of $4.1 million. More than $95 million in aid was requested by District 5 businesses alone.

Federal lawmakers have been gridlocked on a second comprehensive pandemic relief plan that may provide help for small businesses and people.