Governor Newsom issued a stern warning to any medical provider who "cuts the line" in the prescribed distribution order. 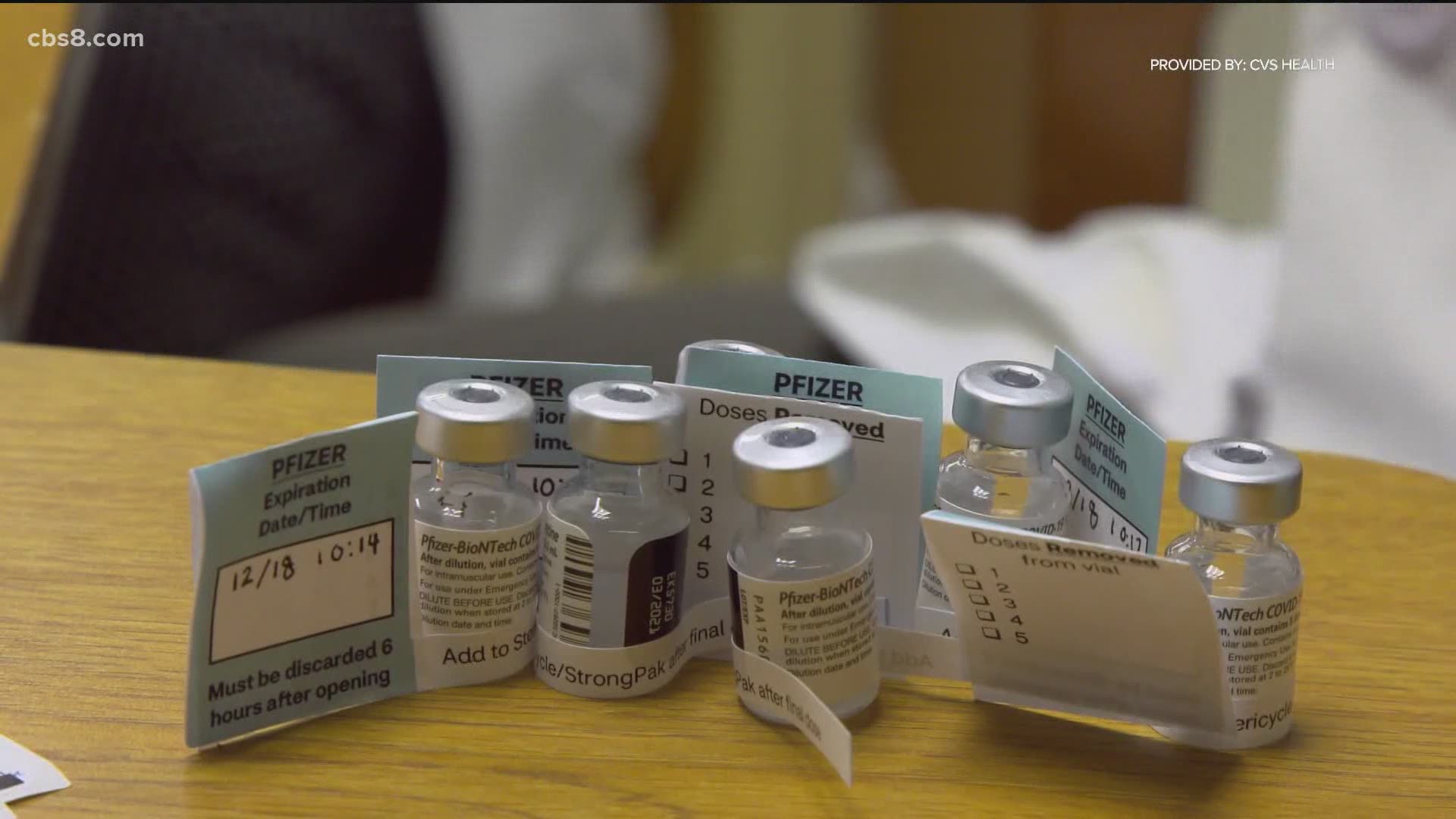 SAN DIEGO COUNTY, Calif. — As the vaccine rollout continues for frontline health care workers and those in skilled nursing facilities, questions remain over who will qualify next, and in which order.

By the end of this week, California is expected to have received nearly 1.8 million vaccine doses, falling short of the 2.1 to 2.2 million doses that state leaders had initially anticipated by year's end.

As those additional hundreds of thousands of vaccine doses arrive in the next few weeks, health authorities are continuing to hammer out the distribution hierarchy.

California is currently in Phase 1A, covering health care workers, as well as workers and residents at skilled nursing facilities.

"Those doses... will be sent directly by the federal government to the pharmacies," he explained. "The pharmacies will begin the vaccine protocol."

Vaccinating those most vulnerable is critical to fighting #COVID19.

We're joining the Federal Pharmacy Partnership with @cvspharmacy & @Walgreens to administer vaccinations to residents & staff in long-term care settings at no cost to CA. #EndthePandemic https://t.co/gxn2a5KGqp

— Office of the Governor of California (@CAgovernor) December 28, 2020

Phase 1B is expected to be approved this Wednesday. Divided into two tiers, it includes those 75 years old and older, as well as teachers, and grocery store, child care and emergency workers in the first tier.

.Anyone 65 or older with an underlying medical condition would fall into the second tier, as well as Californians who are homeless or incarcerated, in the second tier.

Also on Wednesday, the state's vaccine advisory committee will discuss who should qualify after that.

While still a work in progress, Phase 1C is likely to include anyone 16 to 64 years old with an underlying health condition.

"It is all with an eye on equity," Newsom added, "including regional equity, not just racial and ethnic equity, as well as socioeconomic equity."

As a critical component of that equity, state leaders issued a stern warning to any medical provider who might try to skirt the established distribution order, allowing a friend or relative, or even someone willing to pay, to "cut the line"

"I want to make this crystal clear: If you skip the line or intend to skip the line, you will be sanctioned," he warned. "You will lose your license."

As a way of keeping track, the California Department of Public Health is charged with enrolling every medical provider into the federal system, allowing them to receive the actual vaccine doses to distribute.

"And we also have the ability to dis-enroll those providers when in fact any of these violations are flagrant enough," added California Health Secretary Dr. Mark Ghaly.

State health authorities are now working with the California Medical Association to come up with specific enforcement protocols for vaccine distribution. Those protocols should be finalized in the coming weeks.