What is the Mu variant and its impact in San Diego County?

The W.H.O put the Mu variant on its list of Variants of Interest. Studies are being done to determine what kind of protection the vaccine offers against the mutation 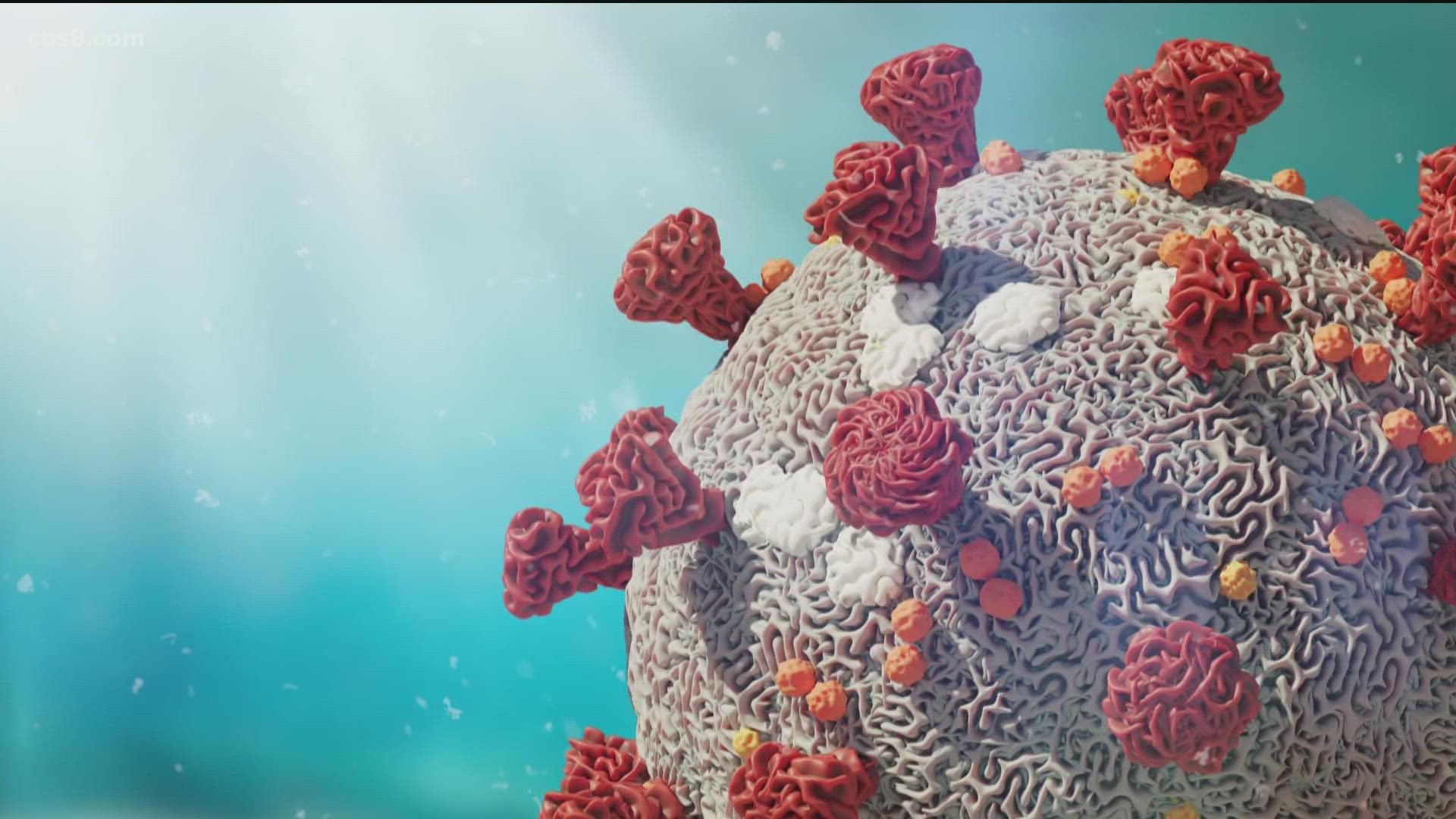 SAN DIEGO — A new variant called the Mu variant is causing some concern for researchers but not enough information to determine its severity.

The Mu variant has been detected in all states but Nebraska and is popping up in California.

The state reports 348 Mu cases, Los Angeles County has the most with at least 167 cases. San Diego County reports only 24 Mu cases since April.

The Mu variant is pronounced "mew" rhyming with "new" not "moo" like the sound of a cow.

While more studies need to be done to determine its severity, a San Diego infectious disease doctor predicts it will be similar to Delta that has ravaged the country.

“That means it's remodeling its kitchen, dining room, etc. to be able to live inside of us and spread to other people,” said Dr. Davey Smith, UCSD Chief of Infectious Disease and Global Public Health.

While it may not mutate as fast as other viruses, it’s making its way through the Greek alphabet such as Alpha, Betta, Gamma and so on - and now Mu.

“It does mutate enough where I'm expecting to have more and more variants. In fact, probably, we are going to run out of Greek letters,” said Smith.

The Mu variant originated in Columbia in January of this year.

By mid-June, Mu arrived in Los Angeles County and now there are at least 167 cases there which make up nearly half the state’s total Mu cases.

“We know that it is here but we don't know prevalent it is, we are getting more and more data from all the infections that are occurring,” said Smith.

There are not enough studies, which is a good thing, to determine its severity but Mu cases are expected to rise in the next month.

On Aug. 30, the World Health Organization put Mu on its list of Variants of Interest (VOI) so they could study it more including what type of protections the vaccine gives people infected with the Mu variant.

“This variant has a constellation of mutations that it would invade antibodies, not just monoclonal antibodies, but vaccine convalescent antibodies,” said Dr. Anthony Fauci, Director of NIAID.

The CDC reports the latest numbers ending in the week of September 4, show Mu makes up 0.1% of COVID cases. The Delta variant, which is more contagious and more severe for people who are not vaccinated, accounts for 99% of the coronavirus cases in the U.S.

“We are paying attention to it. We take everything like that seriously but we don't consider an immediate threat right now,” said Fauci.

Bottom line: doctors say don’t use breakthrough infections, which are vaccinated people who get infected with COVID, as an excuse not to get fully vaccinated.

“People can get breakthrough infections when there are variants but that doesn't mean not to get vaccinated,” said Smith.

Doctors say not only does being fully vaccinated help lessen the severity and length of symptoms but also slows the virus from mutating into another deadly strain.

WATCH RELATED: How does COVID-19 compare to some of history's most deadly pandemics as of 2021?