Investigators seized thousands of pot plants, the fiance's RV, and evidence from a ranch near Idyllwild in the case of the missing former La Jolla woman. 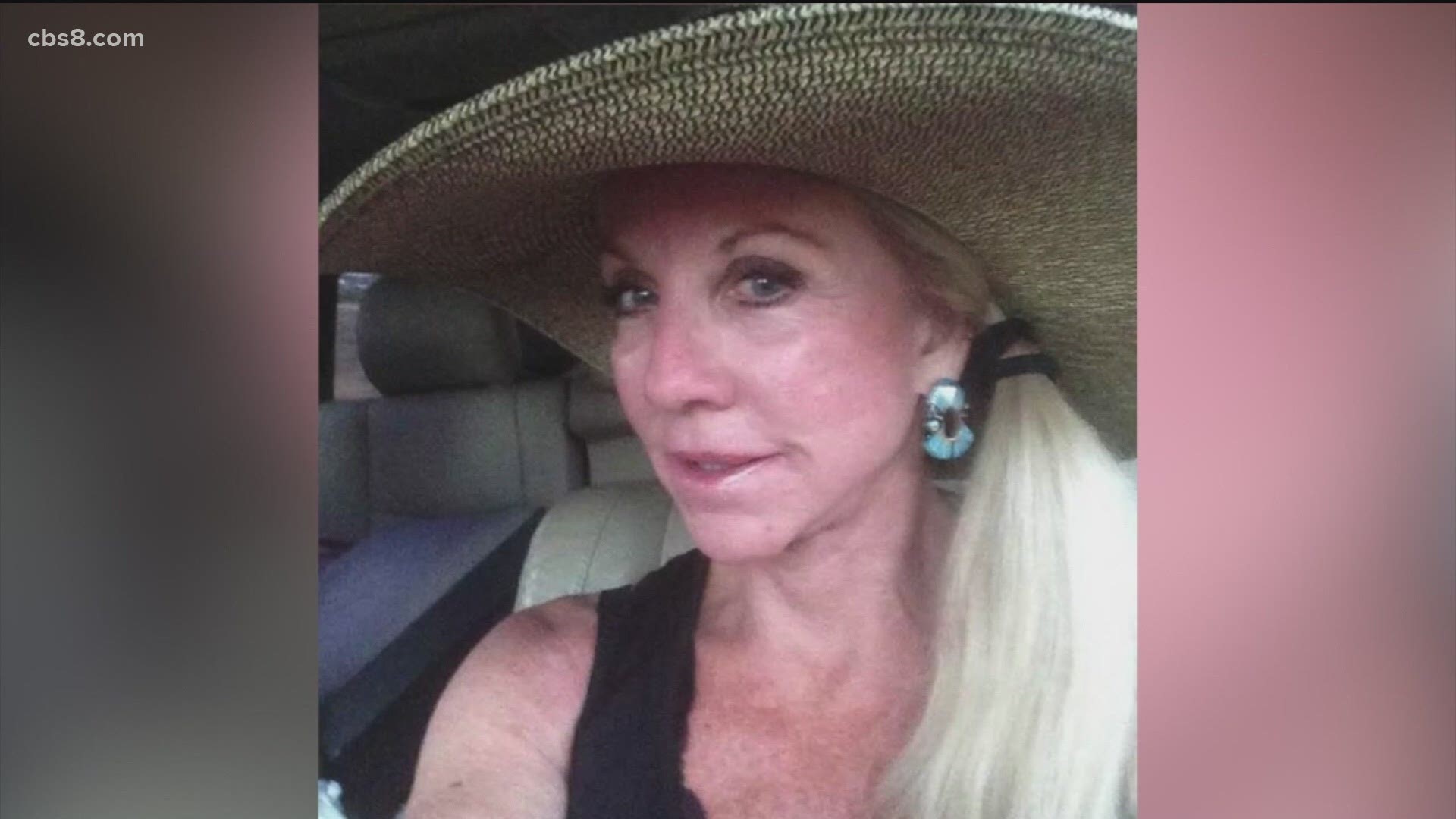 SAN DIEGO — Search warrants filed in the case of missing millionaire, Lydia "Dia" Abrams, are shedding new light on the investigation into her mysterious disappearance.

Investigators with the Riverside County Sheriff’s Department served the warrants in June when they seized thousands of marijuana plants from a rental property owned by Abrams.

Abrams, a former La Jolla resident, went missing on June 6 from her ranch in Mountain Center, 11 miles east of Idyllwild.

Idyllwild real estate agent Will Lowry knows all about Abrams’ Bonita Vista Ranch. He helped Abrams build the main house some 20 years ago.

“I was the superintendent on the whole construction job,” Lowry said. “She was passionate about her horses and animals, and she loved the ranch.”

The 115-acre property was listed on the real estate market in 2016 for $4.9 million, but it never sold.  Abrams then started renting out the ranch as a wedding venue.

“There is a fireplace in every room in that house. We took that 1930 house, made it a two-story house and took out the existing swimming pool and we put a new swimming pool in. The house wrapped around the swimming pool,” Lowry recalled.

Abrams, 65, was last seen on the ranch around 2:30 p.m. on Saturday, June 6, when her fiancé reported he left her alone at the ranch house, as he went to mow the grass in the meadow.

Friends, neighbors and the Riverside Mountain Rescue Unit searched the ranch for three days but never found any trace of Abrams.

On June 12, detectives traveled to New Mexico and seized a Ford RV belonging to Keith Harper, Abrams’ 71-year-old fiancé. Investigators impounded the vehicle and removed a "section of front driver seat" as evidence, according to the search warrant.

Harper previously told News 8 he left the ranch two days after Abrams went missing, and drove his RV to Colorado and New Mexico for business.

Riverside detectives also served search warrants on other properties owned by Dia Abrams, including the Sky High Ranch, a rental property located a mile and a half west of Abrams' Bonita Vista Ranch.

Officers seized more than 2,300 marijuana plants and 357 pounds of processed marijuana, according to the warrant. The records do not indicate who had been renting the property from Abrams.

Lowry, the Idyllwild real estate agent, said marijuana grows are common in the general area, and they sometimes can be booby-trapped.

“It’s not unusual on this mountain at all,” Lowry said. “They have shotgun shells that you can trip the wire and blow your foot off with a shotgun shell; or, get sliced with razor blades if you're in their harvest.”

News 8 previously reported that Abrams transferred ownership of three properties near Idyllwild into a trust, two weeks before she went missing. The details of that trust remain private.

Additionally, Abrams has been involved in a multimillion-dollar court battle with her children in San Diego probate court, concerning her late husband’s estate.