Photos show the Milletes' 4-year-old son surrounded by guns on a kitchen table. 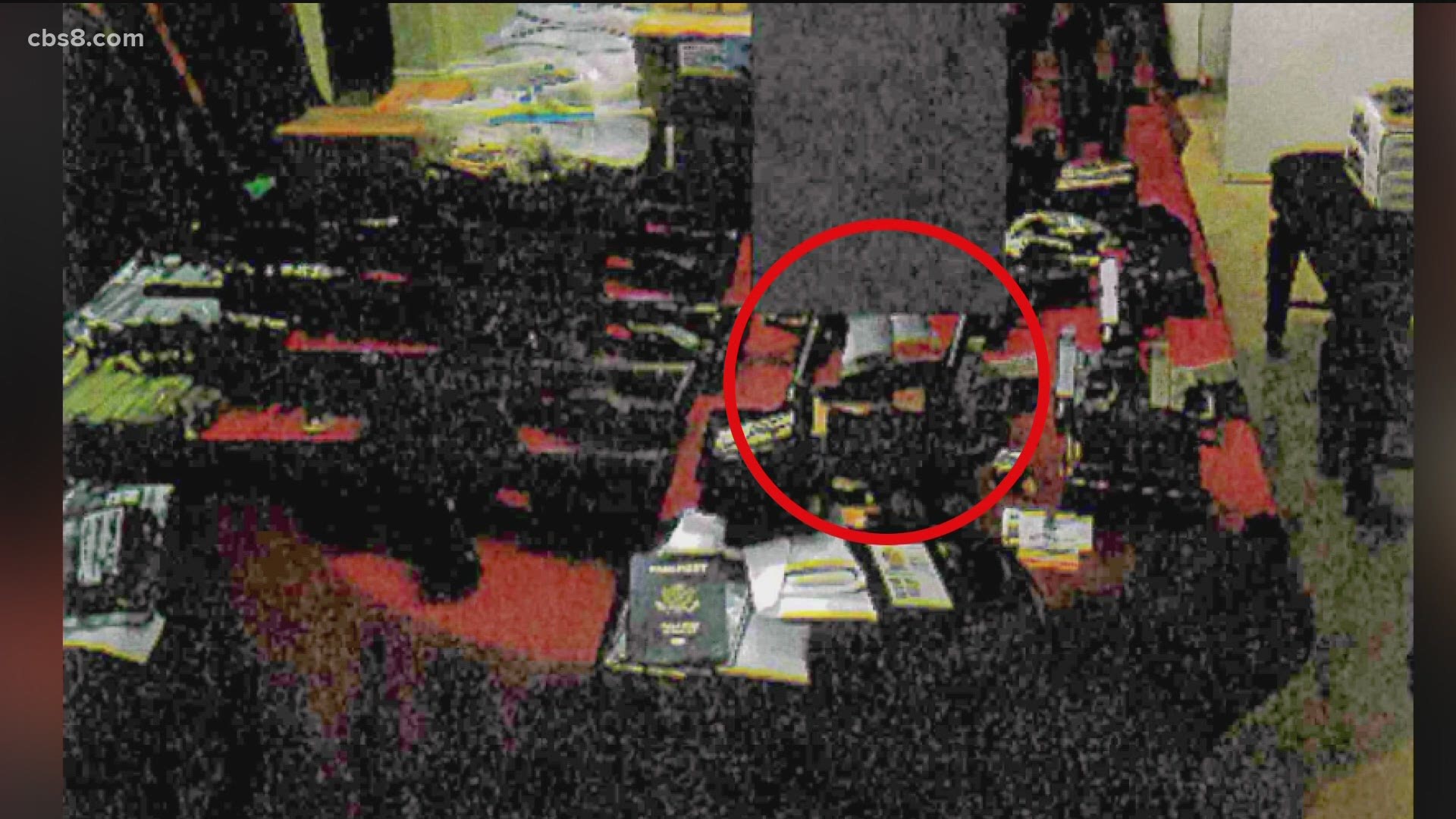 SAN DIEGO — We are getting our first look at photographic evidence in the gun violence restraining order case against Larry Millete, the husband of missing Chula Vista mother, Maya Millete.

News 8 went to court on Wednesday to get the photographs and court records released to the public.  Judge Katherine Bacal agreed to unseal the GVRO case records.

The two photographs, taken in 2020, show Larry Millete’s gun collection spread out on a kitchen table – 16 rifles and handguns – as well as passports, government records, and boxes of ammunition, according to the GVRO petition.

One photo depicts Millete’s 4-year-old son standing on the center of the table surrounded by the guns. In the photo, the only parts of the boy not redacted were his feet, showing him in close proximity to the guns.

San Diego police used the two photographs as evidence, to convince Judge Bacal to issue a temporary GVRO back in May.

Officers seized Millete's entire gun collection on May 7, citing a risk to public safety and the children in the home.

“We agreed that we would not put up a fight for any of the information regarding Mr. Millete, his missing wife, that there is an investigation, that he is a person of interest,” said Brooker.

The statement was not news to Maya’s sister, Maricris Drouaillet.

“The safety of the kids is our number one concern. It's always been a priority. Unfortunately, we haven't been able to see them or hang out with them in the last seven months,” said Richard Drouaillet, Maya’s brother-in-law.

Larry Millete currently has custody of the kids, ages 4, 10 and 11.

“It's just heartbreaking that the kids are going through this. Our goal has been to find answers, and hopefully bring our sister home,” said Richard Drouaillet.

News 8 obtained two photographs of the gun collection on Thursday. The court is expected to release the unredacted court records in the GVRO case on Friday.