Hearing set for July 21 on motion to unseal court records filed by News 8. 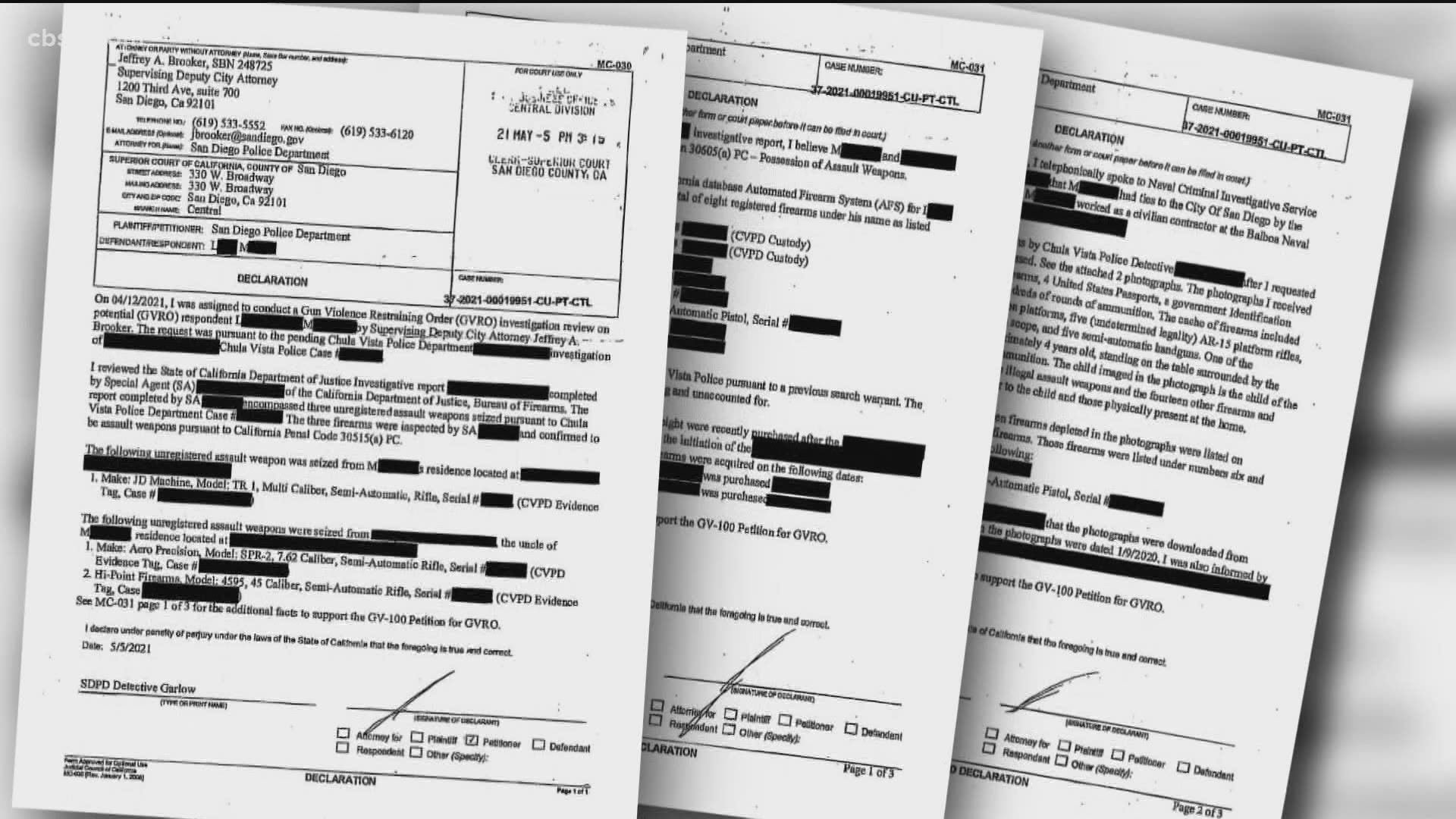 In fact, last year, 37% of all GVROs in the state were issued in San Diego County, most with the assistance of Elliott's office.

“We want legitimacy in this program.  We want people to trust and believe in it,” said Elliott during a news conference at SDPD headquarters on Tuesday.

“We trained all the judges, and they were 100 percent on board,” said Elliott.

“We have to have evidence and we have to convince a judge that there is a reason for a gun violence restraining order to be issued,” Elliott said.

When officers seized Larry Millete's entire gun collection on May 7, the case immediately became one of the most high-profile gun violence restraining orders in the county.

Even so, court records and photographs detailing why Millete's guns were taken remain sealed or redacted, at the request of the San Diego City Attorney’s office.

“When the public is interested in a case, it's important that they be given every opportunity to learn about it, so that they can become aware of how our justice system works,” said Halgren.

The judge's original sealing order was supposed to temporary, as it was signed before the gun restraining order had been served on Millete.

“His guns have now been seized, and so he's well aware of the proceedings.  There's no reason to continue to maintain them under seal,” said Halgren.

The San Diego City Attorney's office is opposed to making the records public. Its argument in opposition has been filed with the court, also under seal.

A spokesperson for the City Attorney did not respond to a News 8 request for comment for this report.

Larry Millete's attorney, Bonita Martinez, also is opposed to making the records public. Martinez did not respond to a News 8 message seeking comment.

A court hearing on News 8’s motion to unseal the records is now set for Wednesday, July 21 at 2:30 p.m. in Department 69 at the downtown San Diego Hall of Justice building.

The San Diego Police Department is the agency that filed the civil GVRO against Millete.

The Chula Vista Police Department – which is investigating the Jan. 7 disappearance of Maya Millete as a missing person case – is not a party to the GVRO case against the husband.

Meanwhile, the search for Maya Millete continues this weekend.  Volunteers will meet at 7 a.m. both Saturday and Sunday in the area of the South Bay Rod and Gun Club on eastern Otay Mountain.