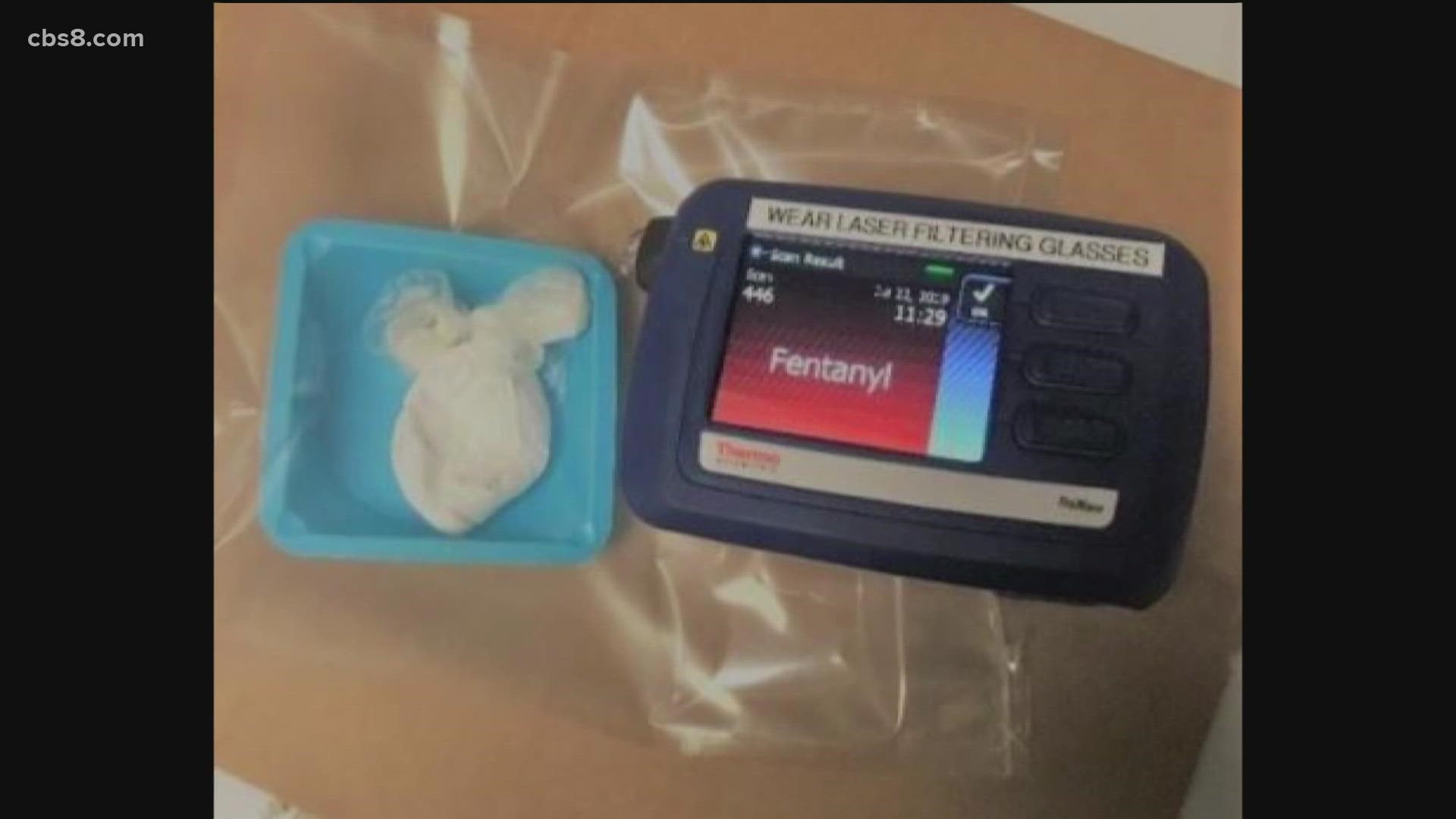 SAN DIEGO — Questions have been swirling on social media for days after the San Diego County Sheriff's Department released edited body cam video of a deputy collapsing from a purported fentanyl overdose.

The video claims Deputy David Faiivae was “exposed" to the synthetic opioid July 3 “while processing drugs at the scene of an arrest.”

News 8 spoke to a medical toxicologist from Ohio and an associate professor in public health at UC San Diego School of Medicine. Both previously had reviewed the sheriff’s video, as they were originally interviewed as experts by the New York Times.

“It is very clear that you cannot overdose by touching fentanyl,” said Dr. Leo Beletsky an Assistant Professor of Law and Health Sciences at Northeastern University in Boston and an adjunct professor of public health at UC San Diego School of Medicine.

The notion that a deputy could overdose by simply touching or accidentally breathing fentanyl is false, according to Beletsky.

“It is technically impossible to touch fentanyl powder and feel any effects of it, let alone overdose,” said Beletsky.

Last week, San Diego County Sheriff Bill Gore posted what he called a "public safety video" showing bodycam footage of Deputy Faiivae collapsing on the pavement and claiming he had been exposed to fentanyl.

“I'm Deputy David Faiivae and I almost died of a fentanyl overdose,” the deputy stated in the pre-produced video.

It remains unclear exactly how the deputy was allegedly exposed, whether by touch or by accidental inhalation. Either way, the experts said the video may create a false narrative about fentanyl overdose.

“This narrative is impossible. This video is not an overdose. It is not possible to overdose on fentanyl in this way,” said Dr. Ryan Marino, a medical toxicologist at Case Western Reserve University in Ohio.

“His pupils are normal-sized. His color never changes. His arms are sort of rigid and outstretched. His eyes stay open. All of these things point away from an opioid overdose or any overdose,” said Dr. Marino.

“The visible symptoms what we see from the video could be consistent with a panic attack. It could be any number of things. People have fainting events all the time,” said Beletsky.

Dr. Marino said the sheriff's video actually does a disservice to first responders.

“If I told you day in and day out that if you are near fentanyl, if you touch fentanyl by accident, you're going to overdose, you're going to die; then, the second you come into contact with something that you think is fentanyl, or you confirm is fentanyl, that is going to cause a very severe, panic reaction,” said Dr. Marino.

Deputy Faiivae was out of the country and unavailable for comment, according to the sheriff’s department.

Sheriff Gore is scheduled to respond on camera on Tuesday.

News 8 asked the sheriff’s department to release the raw body camera video footage. A spokesperson said the video release will happen “as soon as possible.”

News 8 also requested a toxicology report to prove the deputy actually overdosed on fentanyl. If the report gets released, it will be posted on CBS8.com.

Late Monday evening, the sheriff's department released a follow-up statement with documents on the incident. A toxicology report was not included as of the update:

"On August 5, the San Diego County Sheriff's Department released a public safety video related to the dangers of Fentanyl. We have received inquiries into the authenticity and accuracy of the video message. The video was created from an actual incident involving our deputy as he processed a white powdery substance that tested positive for Fentanyl.

In the interest of transparency, we are releasing the following documents:

The department's release said it would share "unedited body-worn camera video from the incident" within the week.