1 year after bluff collapse tragedy in Leucadia few improvements made

Dr. Pat Davis fears if something isn't done soon, it won't be a matter of if someone else will be killed, but when. He doesn't want another family to feel his pain. 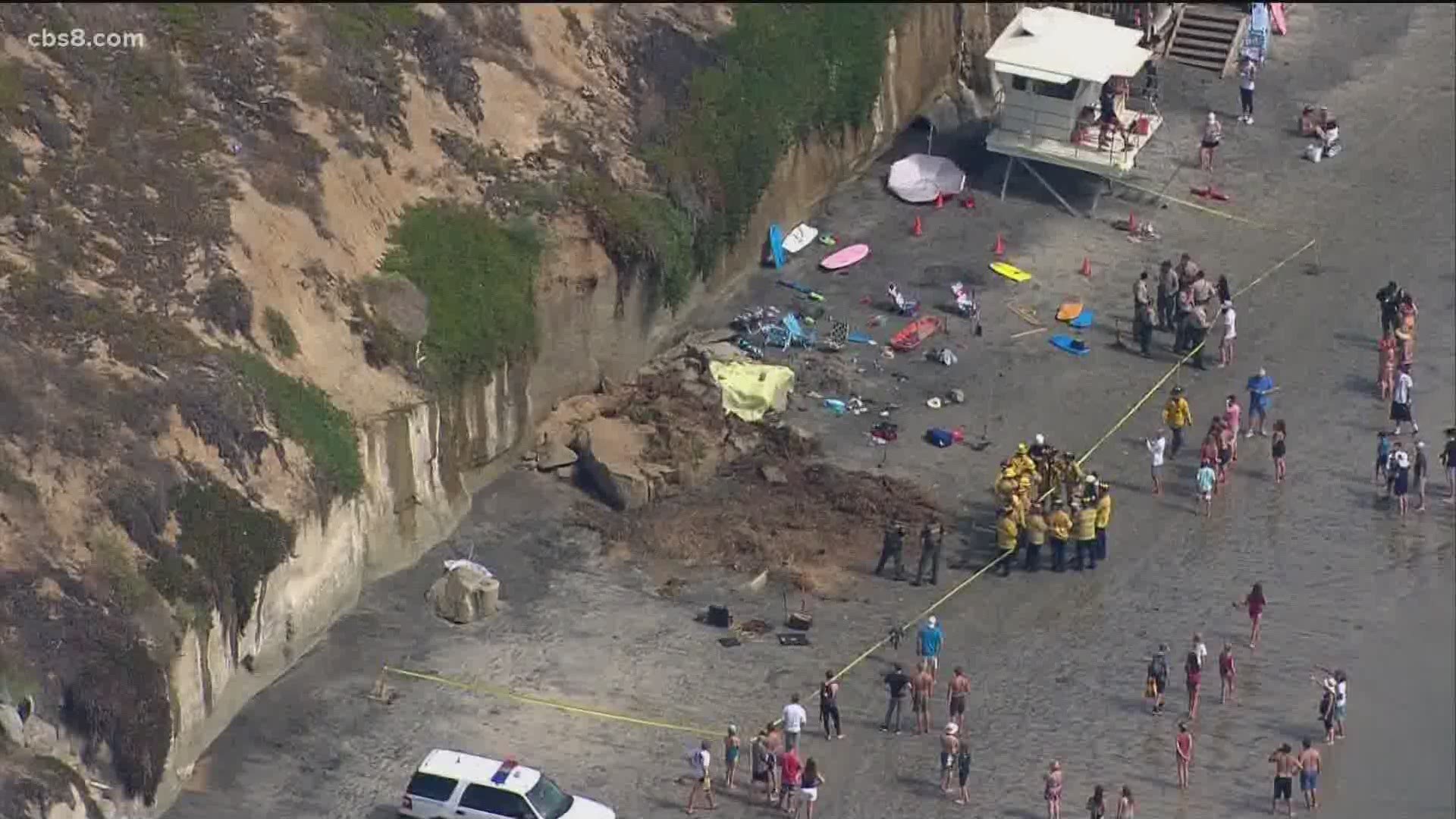 SAN DIEGO COUNTY, Calif. — A family celebration in Leucadia in August 2019 turned deadly when the bluffs above those gathered collapsed without warning. A year later there is frustration from survivors that not enough has been done to prevent a similar tragedy from happening again.

“It happened within a matter of seconds. Seconds,” said Dr. Pat Davis. “There was no way to move. No way to do anything.”

It happened on August 2, 2019, at Grandview Beach. Davis and his family thought the area was safe. They were sitting close to a lifeguard tower.

Davis returned to the area full of painful memories on Monday to share his frustration. He pointed out children playing next to the bluffs and adults sitting in chairs. There were a few warning signs in the area, but they're easy to miss and Davis said they certainly don't stress the seriousness of the situation.

“I'd like to see tremendous signage along here that would point out to people that you shouldn't be within 30 - 40 feet of these bluffs down here," he said.

Davis would also like to see a long-term solution - like reinforcing the bluffs in a way that doesn't detract from the area's natural beauty.

Congressman Mike Levin's district includes the area where Davis' wife, daughter, and sister-in-law were killed. He said he's working with the Army Corps of Engineers to improve the stability of the bluffs, but it's a ridiculously slow process.

“It's simply unacceptable that it's taken so long,” Rep. Levin said. “So we're trying to get them to speed their planning up, their engineering and design up, and move forward on the most appropriate solutions for the community."

But that could still mean years, maybe even more than a decade, before any work starts.

He fears if something isn't done soon, it won't be a matter of if someone else will be killed, but when and he doesn't want another family to feel his pain.