The 2 police detectives who died in the crash were identified as a married couple, Jamie Huntley-Park and Ryan Park by SDPD Chief Nisleit. 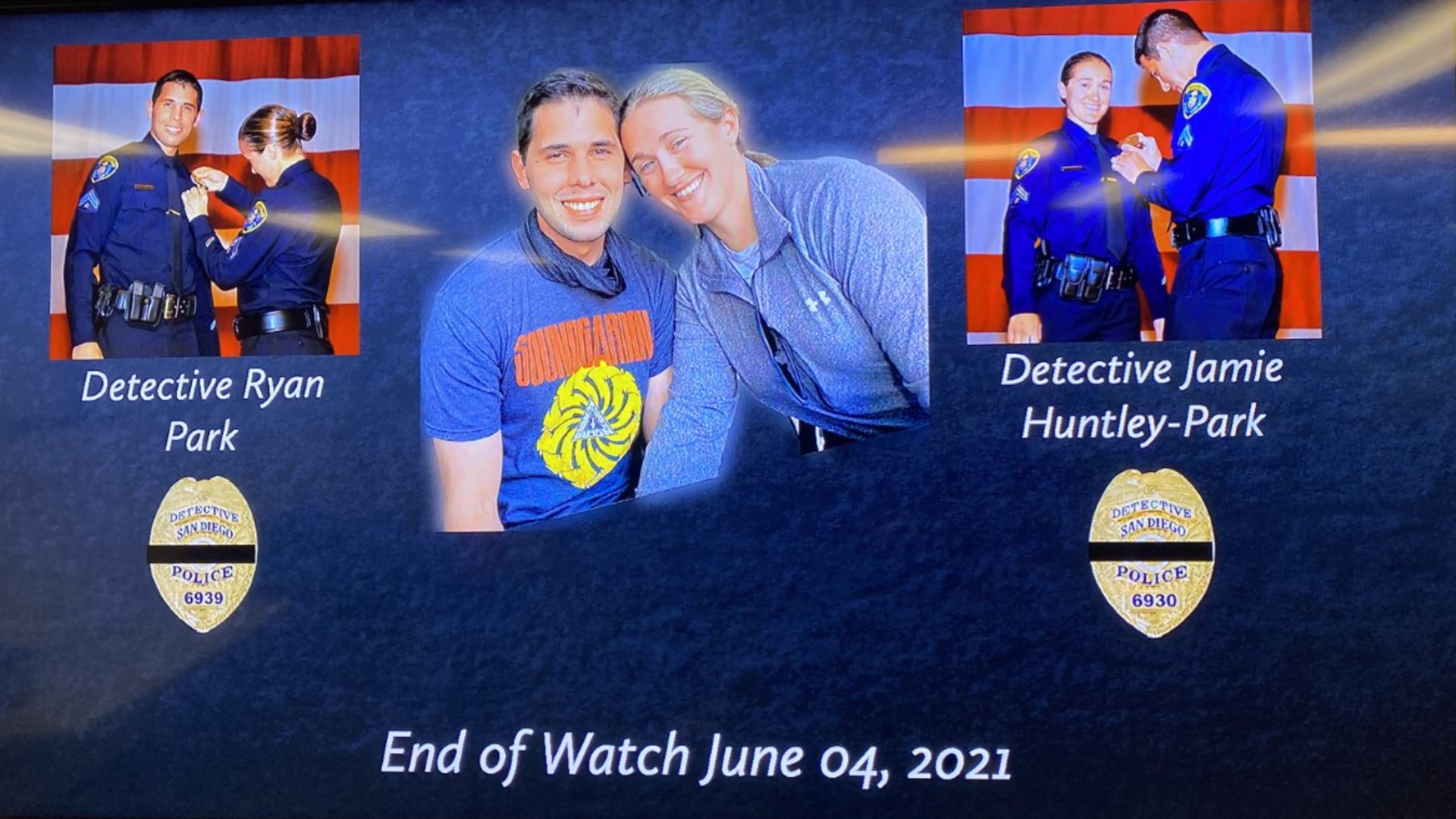 The errant driver's Honda Civic reportedly was traveling as fast as 90 mph to the north on the southbound side of the freeway before it smashed into an oncoming Ford sedan occupied by the SDPD personnel near Dairy Mart Road in San Ysidro shortly before 10:30 a.m., according to the California Highway Patrol.

The wrong-way driver and the male and female police detectives died at the scene. During an evening briefing, Chief Nisleit identified the two detectives as a married couple, Jamie Huntley-Park and Ryan Park.

WATCH: SDPD Chief Nisleit identifies the 2 police detectives who died in the wrong-way crash on I-5

Chief Nisleit issued a statement about the detectives who lost their lives in the crash:

"It is with a heavy heart that I announce the tragic passing of two of our ownSan Diego Police Detectives. This morning, Detective Ryan Park and his wife, Detective Jamie Huntley-Park, were traveling southbound on I-5 when they were struck and killed by a wrong-way driver. Because this incident took place on the freeway, the California Highway Patrol will be conducting the investigation. Detectives Ryan Park and Jamie Huntley-Park were both hired as police recruits on the same day, a little over nine years ago. They were promoted to Detective on the same day, almost three years ago. Ryan was assigned to the Homicide Unit and Jamie was assigned to Southern Division Investigations. Both were beloved, dedicated, and decorated public servants. I want to extend my sincere condolences to Jamie and Ryan’s loved ones. I also ask for the San Diego community to keep their thoughts and prayers with Jamie and Ryan’s families during this difficult time."

According to SDPD, the California Highway Patrol is conducting the investigation because this incident took place on the freeway.

The vehicle the officers were in was not a marked cruiser, city spokesman Jose Ysea said.

Chief Nisleit said in a press conference that the two detectives had the day off, however, they were following up on cases and Ryan was on call.

Authorities shut down the entire southbound side of the interstate at State Route 905 due to the accident. The closure continued into the early afternoon before the freeway was eventually reopened to traffic Friday afternoon.

"The San Diego Angels are devastated to learn of the passing of Coach Jamie Huntley-Park and her husband Ryan Park. Our coaches and their spouses have a tight-knit bond with one another, and all are in mourning over this terrible accident." 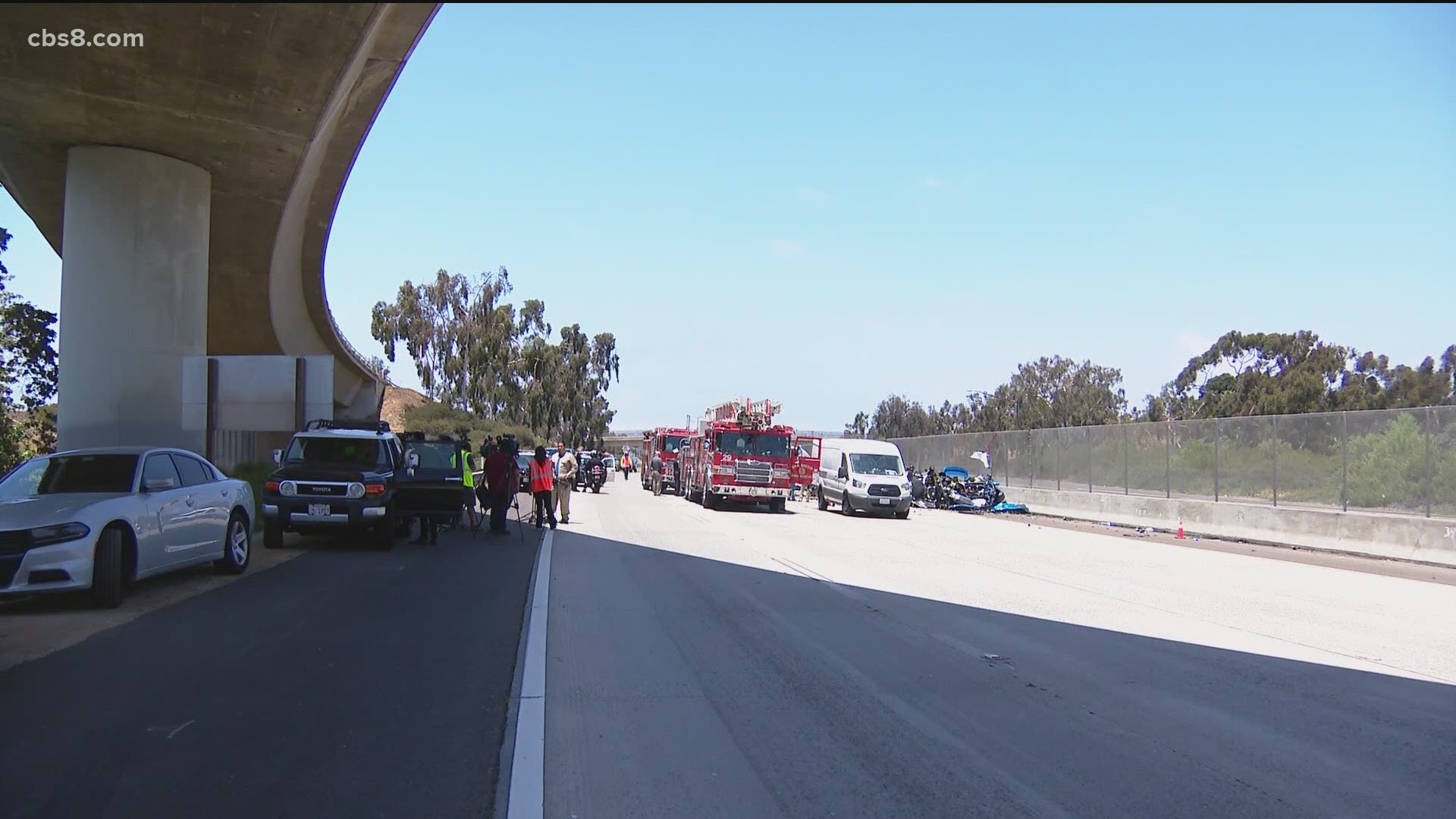 "It is with heavy hearts that we mourn our two San Diego Police Department officers whose lives were tragically taken this morning. In the coming days, we will learn more about these public servants who proudly donned the badge to keep all of us safe and we will honor them for their service. I ask San Diegans to keep the officers and their families in your prayers".