What's the latest on the deadly Mountain View house fire?

Firefighters knocked down the flames within 15 minutes, but found three people dead inside the home. 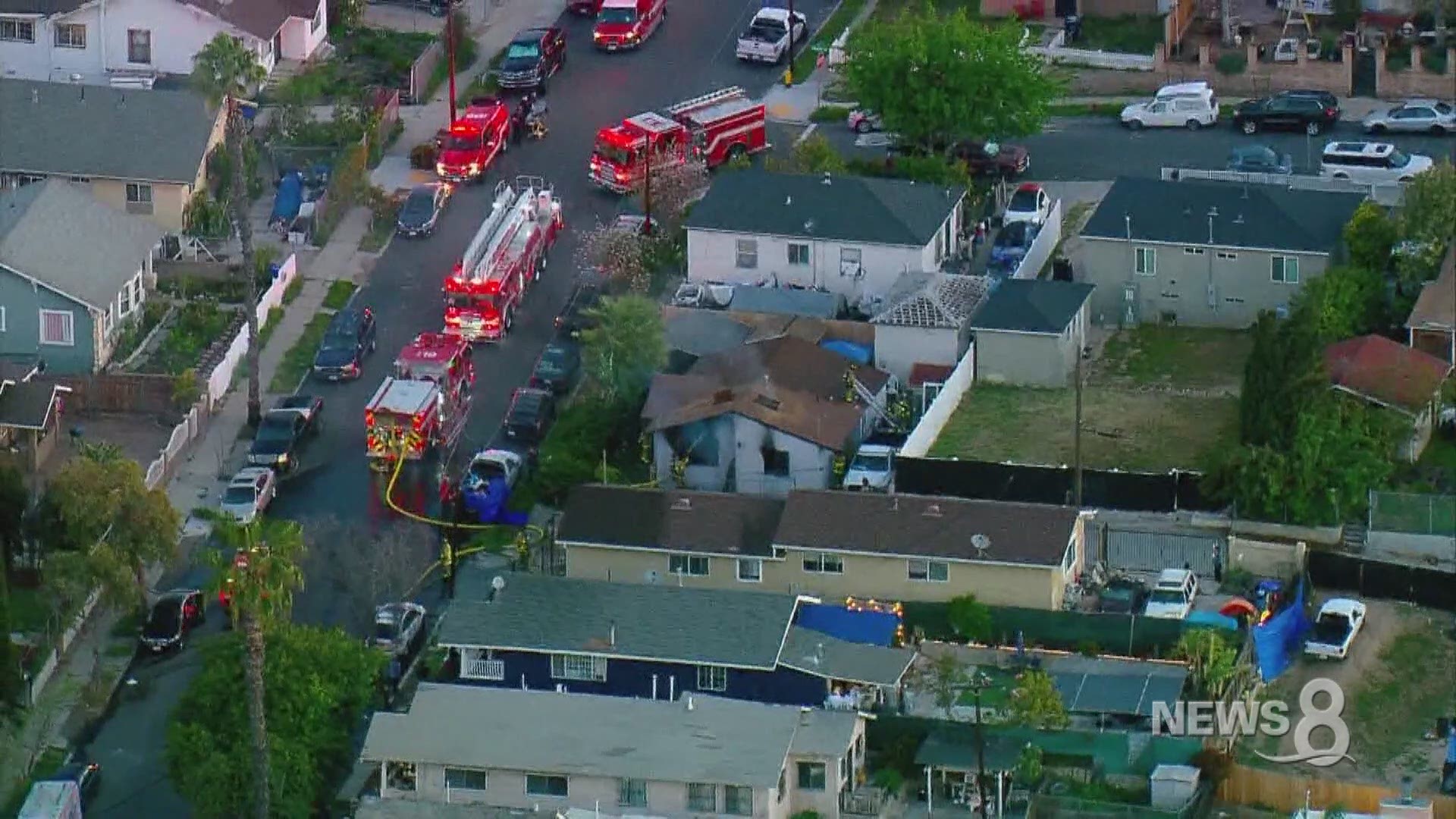 SAN DIEGO COUNTY, Calif. — Three people were killed by a fire that erupted at a Mountain View home early Thursday morning, according to the San Diego Fire-Rescue Department.

The blaze was reported shortly around 6:15 a.m. at a single-story house in the 300 block of South 38th Street, just north of Ocean View Boulevard, according to SDFRD spokeswoman Monica Munoz said.

According to SDFRD, crews arrived and found heavy smoke and flames coming from one side of the house and said they had to force their way through security bars to get inside the home.

Firefighters knocked down the flames within 15 minutes, then found three people dead inside the home. "They appeared to have succumbed to injuries caused by the fire," San Diego police Lt. Matt Dobbs said. Ages, genders and names of the victims were not disclosed.

Recently installed security bars on the front of the home made the rescue effort difficult.

Firefighters do not recommend having security bars on your window because it slows them from getting in and you from getting out. But if you must, The National Fire Protection Association recommends making sure security bars have quick release devices. And, make sure everyone can open them.

Authorities soon began to suspect that the deadly blaze may have resulted from an act of arson, according to Dobbs. "During the preliminary evaluation of the scene to determine the cause and origin of the fire, the investigators discovered suspicious circumstances which led them to believe the fire could have been intentionally set," he said.

Due to those findings, the San Diego Metro Arson Strike Team -- which consists of investigators from the city fire department, the SDPD and federal Bureau of Alcohol, Tobacco, Firearms and Explosives -- was called in to seek to probe its cause.

"It is still very early in the investigation, and little is known about the circumstances leading up to the fire," Dobbs said early this afternoon. "Homicide investigators will be working with the MAST investigators to determine the cause and origin of the fire and if it involved foul play. We do not believe there are any outstanding suspects or dangers to the community at this time."

A Chihuahua and a pitbull terrier that lived at the home survived the blaze, officials said. Personnel with the San Diego Humane Society took custody of the dogs and brought them to a shelter for veterinary evaluations and emergency boarding, the animal welfare agency reported.