According to the City Attorney, neighbors have complained of a stench of urine and feces emanating from the home that is "unbearable" on hot days. 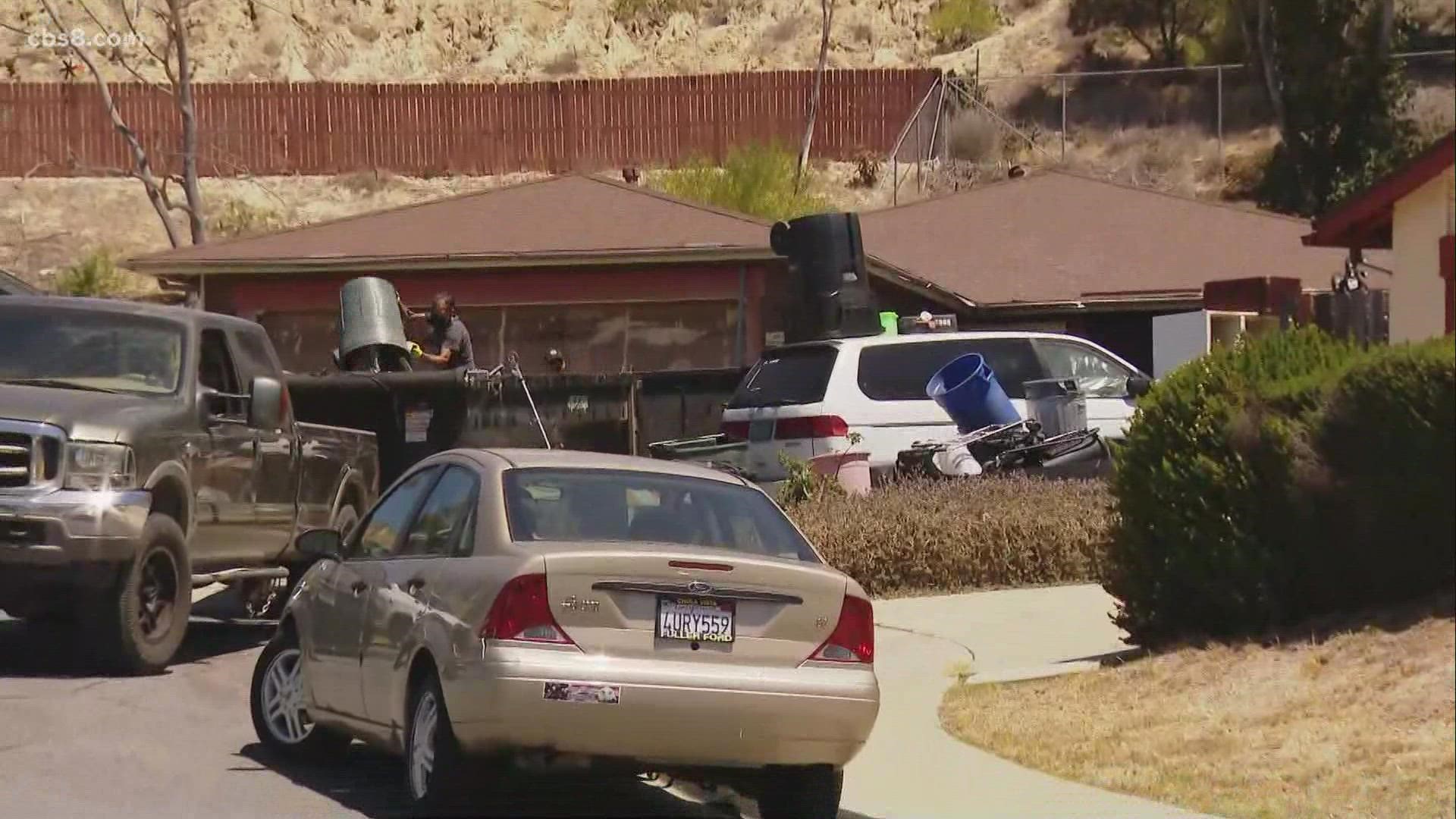 SAN DIEGO — A court-appointed receiver began the clean-up and rehabilitation of a Bay Terraces home that officials say is both a fire hazard and an example of excessive hoarding, the San Diego City Attorney's Office announced.

The home on Mesa Hills Court "is piled high with trash both inside and out," according to the City Attorney's Office, which said the receiver will also assist the home's resident in obtaining counseling and other treatment to address hoarding behavior.

City officials say the home's condition violates state and local laws, as it has been without running water for two years and features doors and windows blocked by debris that is stacked to the ceiling.

According to the City Attorney, neighbors have complained of a stench of urine and feces emanating from the home that is "unbearable" on hot days.

Stepping in, the San Diego City Attorney Mara Elliott Released this statement regarding the cleanup of the Mesa Hills Court property, "While our Office set this process in motion, it is now the court that oversees the receiver it appointed to abate the public nuisance.

The court receiver is Richardson Griswold of Griswold Law, who says the 5-truck load cleanup cost $24,000..

Griswold says it could take 2 months to clean and inspect the property to get it up to state health code.

The occupant of the home says he's a Coast Guard veteran and that his house is paid for and in his sister’s name, and he feels ambushed by the cleanup crew.

Court documents filed in June state that city inspectors found garbage and debris littering the home's exterior when they first came to the residence in 2018.

The homeowner initially did not allow inspectors to go inside, but months later, a full inspection was arranged, in which trash and other hoarded items blocked many of the home's rooms and paths of travel, court documents state.

"This clutter can easily become fuel for a fire that can rapidly spread and endanger the dwelling and surrounding community," according to a declaration filed by San Diego Fire Marshal Douglas Perry. "In my professional opinion, that extreme hoarding is a fire hazard."

Court documents also state that a bathroom ceiling was found collapsed due to water damage and bottles of urine were placed around the house and yard by the resident.

A court order issued in June gives the receiver "full and complete control of the property."

"My office intervened in this hazardous situation to provide relief to the neighborhood and to help the resident obtain the resources necessary to address the hoarding," City Attorney Mara W. Elliott said. "The condition of the property not only endangers the resident who lives there, but the neighbors around him."

Residents are encouraged to report code, health and safety and environmental violations to the City Attorney's Nuisance Abatement Unit at (619) 533-5655.