Unlike the commonly cited “no shirt, no shoes, no service” policies, mask use is mandated by law. 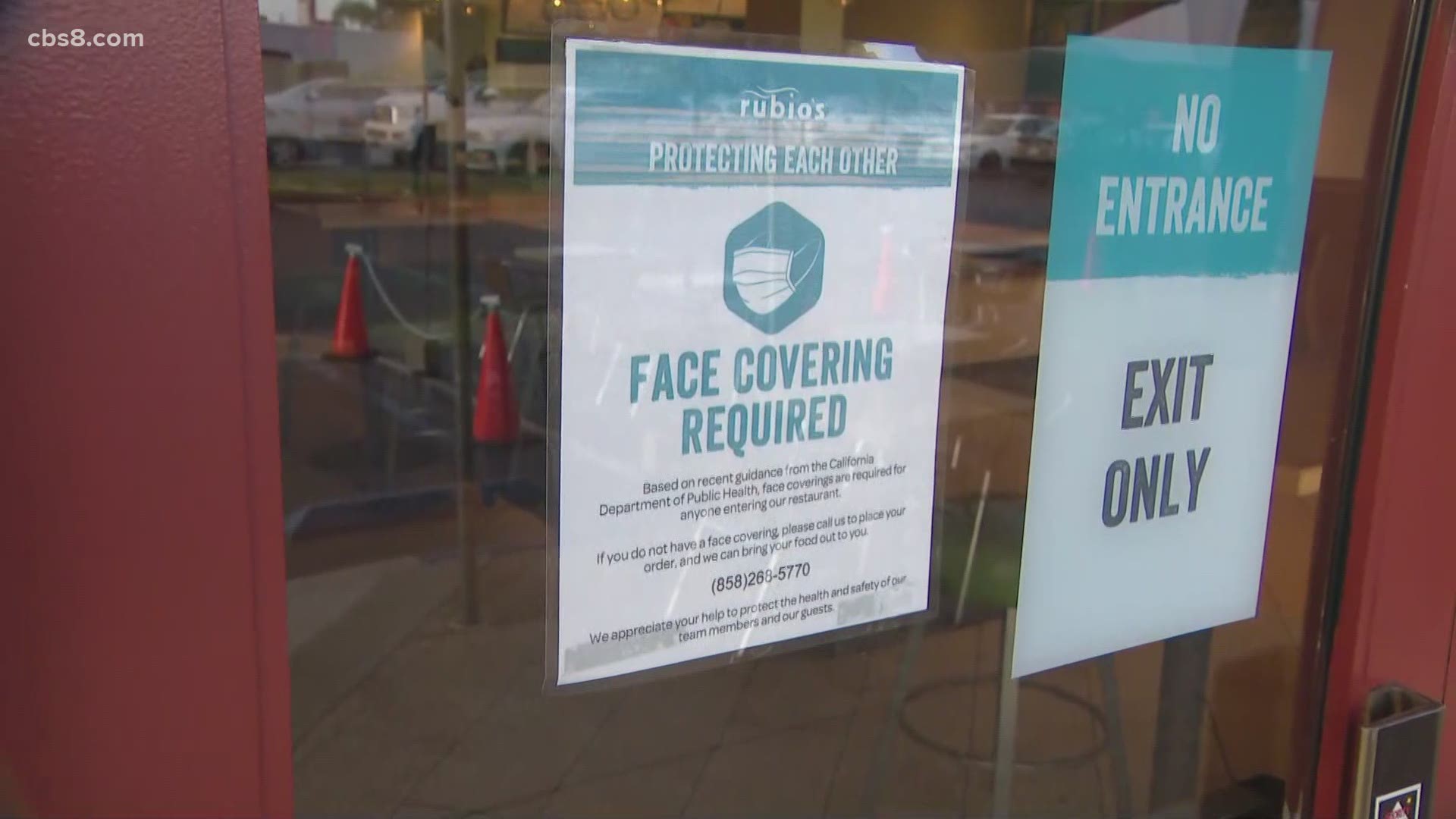 SAN DIEGO — Viral videos of people refusing to wear masks continue making the rounds on social media. Many have claimed they have a “right” or are “constitutionally” permitted to be in a store without a mask. However, multiple legal experts say the courts have routinely supported laws requiring customers to wear a mask.

"The constitutional standard would be whether the government has a very strong interest in doing this, which it does, [to] prevent corona[virus] – and then whether the way it's doing it is necessary to prevent the spread,” said Leslie Jacobs, a constitutional law professor at Pacific-McGeorge School of Law.

Unlike the commonly cited “no shirt, no shoes, no service” policies, mask use is mandated by law.

In June, Gov. Gavin Newsom signed an executive order that mandates customers wear a face-covering in an indoor public space. San Diego County’s health order was updated in May to require businesses to inform customers about the need to wear a mask. Often, retail clerks have experienced the brunt of the outbursts.

"It does seem in the past couple months a very small majority of groups want to make a political point, but we just say the grocery store is not the place to do that,” said Ron Fong, President and CEO of the California Grocers Association.

Private businesses are, generally, free to make up their own policies, such as those that accept cash only. There is no legal requirement they accept credit cards. Similarly, legal experts say, businesses can adopt their own policies on how to handle customers who won’t comply.

Several major corporations, including Walmart, Target, Costco and Albertsons/Vons all require customers to wear a mask at all their stores nationwide. As a business, they have the right to refuse service to customers except in limited circumstances, such as because of a customer’s race or gender.

“As long as businesses are enforcing that in a nondiscriminatory manner and they are requiring everyone to wear the mask, they have the right on their premises to say ‘if you want to shop here you have to wear a mask’,” said K. Davis Senseman, a small business attorney.

Customers who do not want to follow the policy of the businesses may shop elsewhere but may find it difficult. So far, California courts have upheld the state’s face covering requirement.

“The Supreme Court of the United States, 115 years ago, in a case called Jacobson vs. Massachusetts, very clearly stated that a state government has something called police power,” said Stewart Harris, a constitutional law professor at Lincoln Memorial University. “Which allows it to protect the health and welfare of its people.”