Here is what you need to know about the three new gun laws that are going into effect in California in 2020. 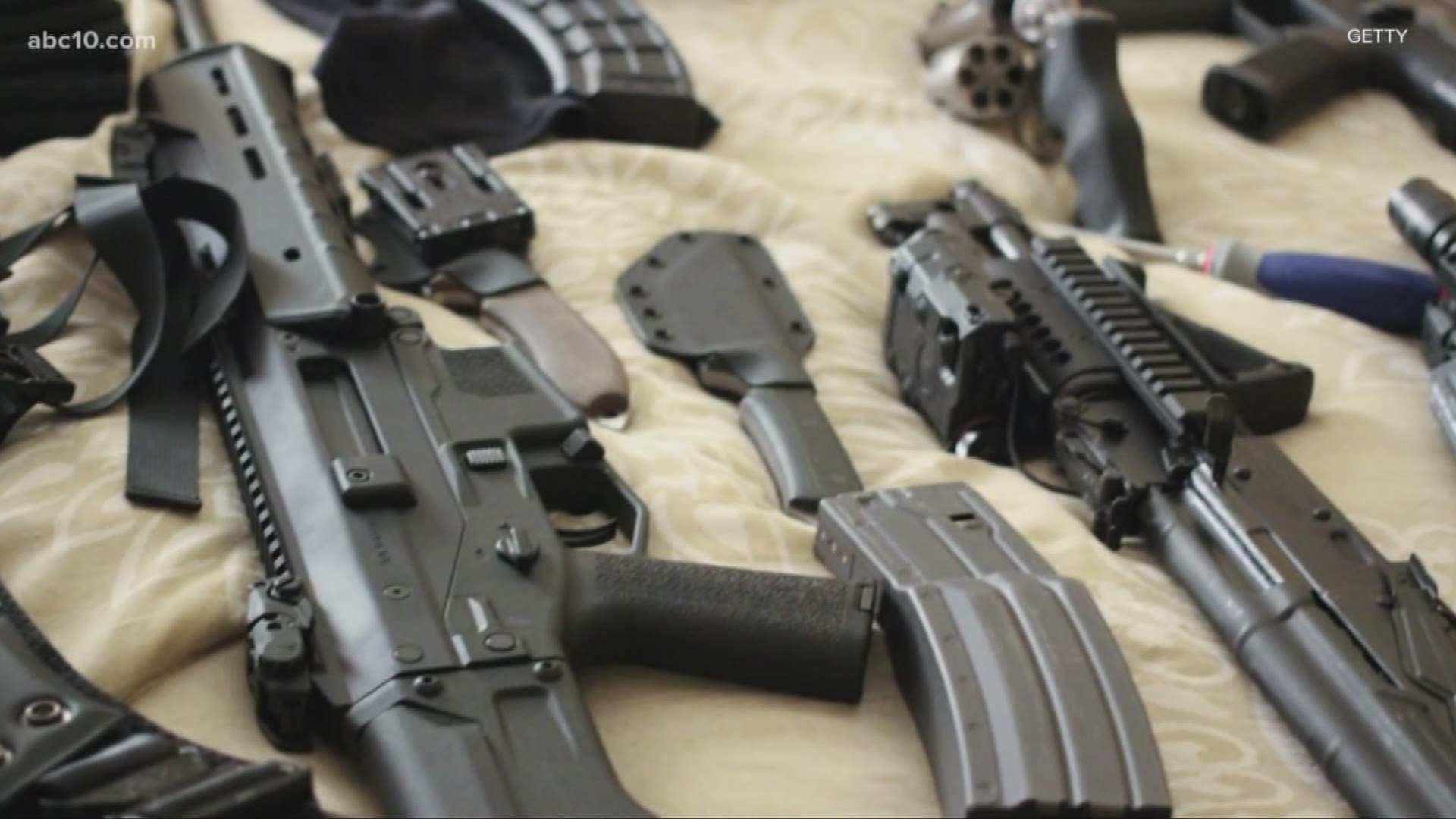 CALIFORNIA, USA — Purchasing a gun in California is going to be a little harder in 2020.

The new laws include an extension for the amount of time before a person with a gun violence restraining order placed against them. Also, those who have been treated for a mental health disorder more than once in a year would be placed on a lifetime ban list.

Here is a breakdown of the three new gun laws that will go into effect in 2020.

This law extends the amount of time before a person can buy a gun to five years, if they have a gun violence restraining order placed against them.

It is currently against the law to own a gun if you have a gun violence restraining order on you.

Family members or a law enforcement officer could request a court to issue a gun violence restraining order on someone.

Whoever files the restraining order has to prove that the subject of the request poses a danger.

That gun violence restraining order lasts for a year and could be terminated early or renewed by the court.

The new law would allow a law enforcement officer to file for a gun violence restraining order on behalf of their agency. The bill would also change how long a restraining order and the renewal to from one to five years.

The court would determine how long the restraining order would last by considering how long that person would remain a threat.

The Ventura County District Attorney, who supported AB 12,  said the new law would allow law enforcement officers to disarm those who are a danger to themselves or others.

The law would also extend the restraint period for authorities to address the criminal mental health issues that led to the restraining order in the first place, according to the Ventura County District attorney.

Summary: Prohibits a person from owning a gun for life if they've been admitted into a health facility more than once within a one-year.

Current law: Existing law prohibits someone from owning a gun for five years if they were admitted to a due to being a danger to themselves or others. This is often related to a mental health disorder.

People who were also not guilty of a crime by reason of insanity can not own a gun unless the court found that the person had "recovered sanity."

A person who is admitted because they were either a danger to themselves or others would have a lifetime ban from owning a gun. That person would be able to request a court hearing to prove that they will be able to use a firearm safely.

The burden would fall on the district attorney to show strong evidence that the person in question would use a gun on themselves or others.

Those who are at risk of harming themselves or others should not have easy access to guns, said Assemblymember Evan Low, who authored the bill.

"Research shows that suicide with a firearm is the most common and by far the most lethal suicide method," Low said.

The bill extends the prohibition from buying more than one handgun a month to include semiautomatic rifles as well.

People can only buy one handgun in a 30-day window.  The law prohibits gun dealers from delivering a handgun to a gun buyer in that 30-day time period.

The exception is if the gun buyer is a law enforcement officer or an active duty member of the armed forces.

The law that prohibits people from purchasing more than a handgun a month would be extended to those who want to buy a long gun as well.

The law would also restrict people under the age of 21 from buying a gun.

While citing the Nov. 2018 shooting at the Borderline bar that left 12 dead, the Ventura County Board of Supervisors said SB 61 would prevent similar tragedies.

To read more California gun laws that would go into effect in 2020, click here.