With the new time-of-use pricing plans, SDG&E’s peak pricing comes between 4 and 9 p.m. 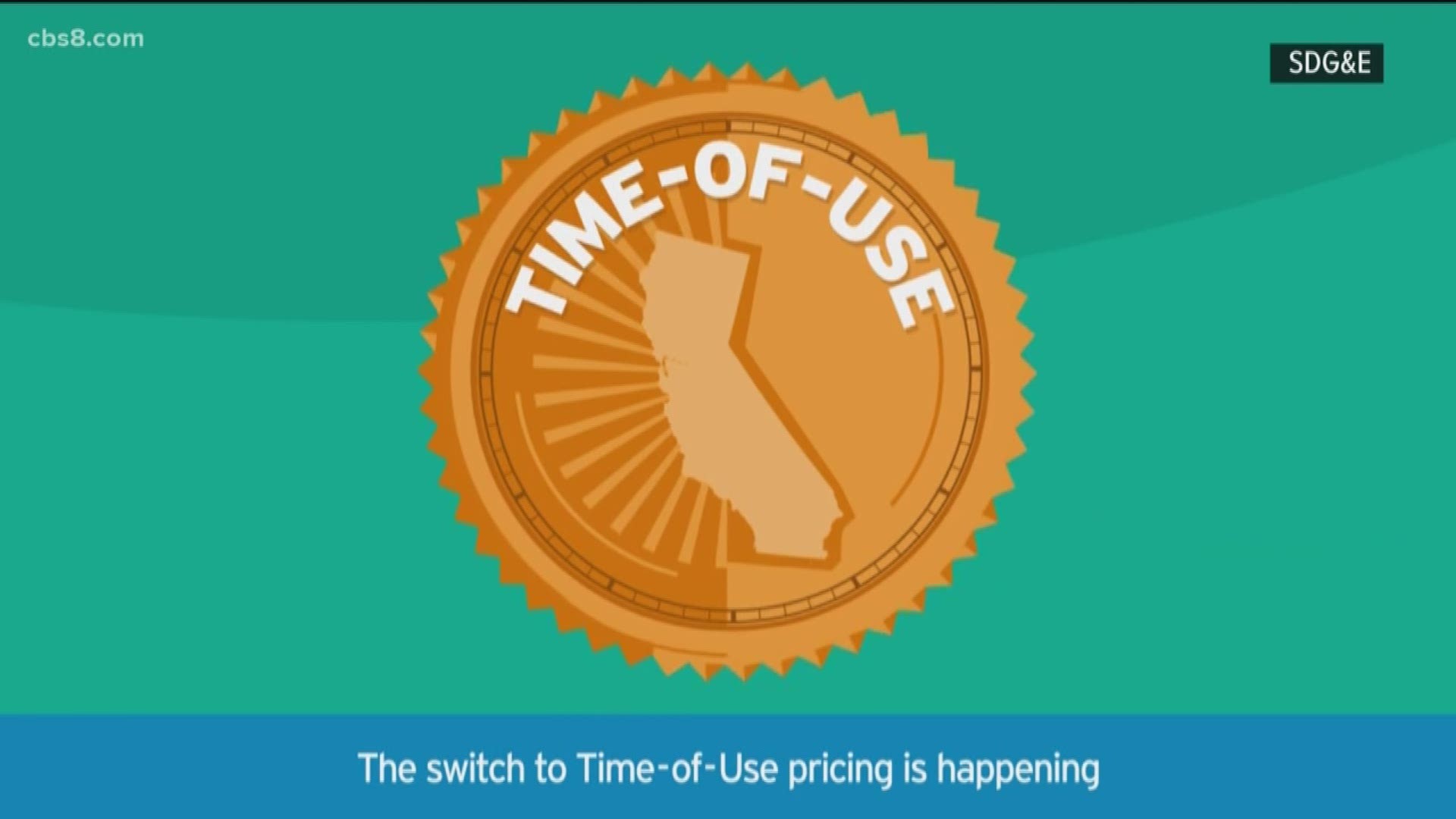 San Diego Gas and Electric recently began switching customers to new pricing plans in an effort to save energy. But many customers say the plans are too similar and they are confused as to why there aren’t more options to save them money.

With the new time-of-use pricing plans, SDG&E’s peak pricing comes between 4 and 9 p.m.

“By shifting some of your energy use to off-peak hours, you’ll pay less on your monthly bill,” said SDG&E Communications Manager Wes Jones. “From 4 - 9 p.m., the power grid has a lot less renewable energy on it, so these plans are meant to encourage folks to start using energy when there's high amounts of solar out - during the middle of the day.”

RELATED: SDG&E customers are upset about the new time-of-use pricing

In one new plan, anything outside of peak time is considered off-peak; in a second option there is a third category for overnight hours called “super off peak,” but what many want to know what that means.

SDG&E says during the winter prices all three plans are basically the same, but in the summer your electricity is currently starting at 25 cents a kilowatt hour under the traditional plane. In one time-of-use plan that same electricity in on-peak time will jump to 43 cents and 40 cents in the other one, but off peak will drop to 21 cents and 20 cents and in the plan with “super off peak” that will be reduced to 16 cents.

Some customers have already received letters from SDG&E showing what you would have paid last year under each plan.

Regardless of the plan, looking at these letters it appears the difference for many is only a couple of dollars a month but it's clear as you take a closer look at summer pricing you'll pay a lot more under the new plans if you can't shift your energy usage away from that 4 – 9 p.m. time period.

SDG&E will let you switch plans if you determine a different one would be cheaper for you.

See below for a chart outlining the new time-of-use plans courtesy of SDG&E.