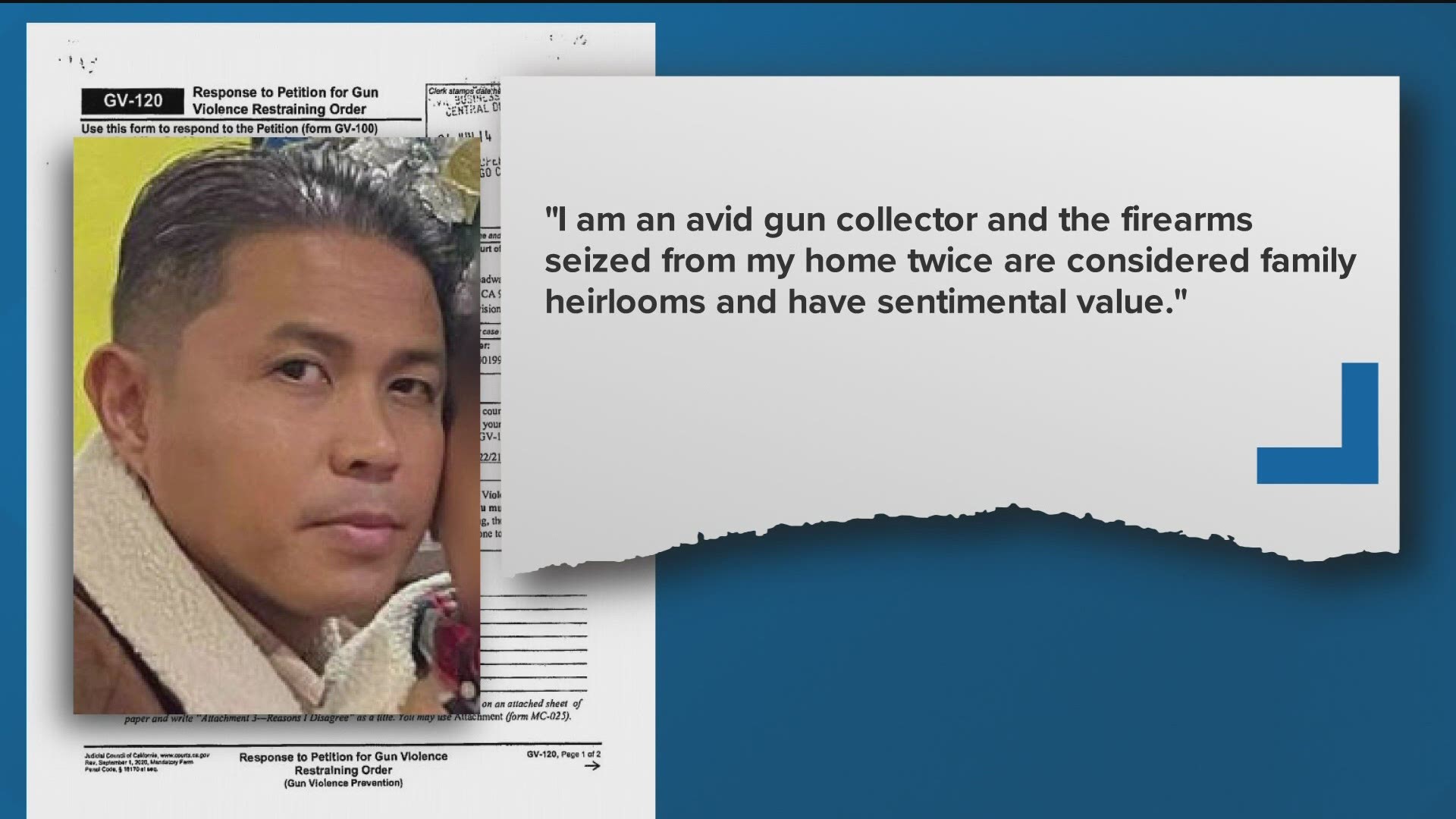 In the sworn declaration, the husband said Chula Vista police detained him for six hours on May 7, while investigators seized firearms from his home on Paseo Los Gatos.

“I am an avid gun collector and the firearms seized at my home twice are considered family heirlooms and have sentimental value,” Larry Millete said in the declaration.

Drouaillet said police had probable cause to take the firearms.

“The police did their investigation. There is a reasoning behind the guns being taken away and all the search warrants they've served at his house,” said Drouaillet.

In the court filing, Millete also claimed he was a nonviolent person and not responsible for his wife's disappearance.

“The Chula Vista police department spokeswoman said there was no indication of foul play. I am not a suspect,” Larry Millete said in the court papers.

“He is a suspect. With any missing spouse, the spouse is the primary suspect, and I told him that since the beginning,” said Maya’s sister, Maricris Drouaillet.

The recent court filings are leading up to a gun violence restraining order hearing set for Tuesday, June 22 in downtown San Diego, where a judge will decide whether to extend a temporary GVRO against Larry Millete.

A hearing in another case filed in Chula Vista family court by Maya’s parents – seeking visitation with their three grandchildren – has not been set.

Maya’s sister said the family’s attorneys have been unable to serve family court papers on Larry Millete, despite four or five attempts.