A final look inside SDCCU Stadium in San Diego

Walking into the empty stadium felt like a journey through history, from the press box to the hidden dugout. 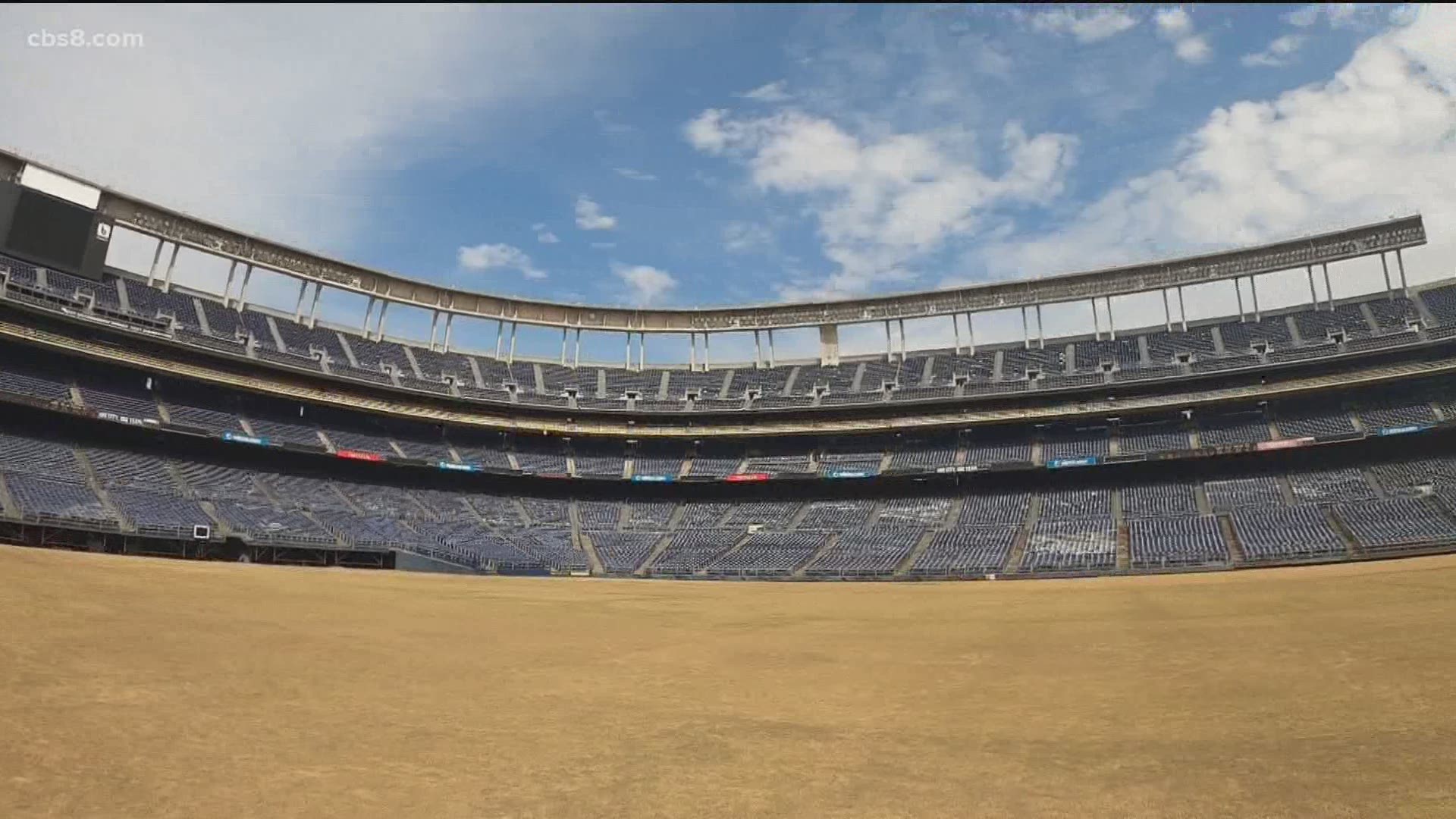 SAN DIEGO — As San Diego State University moves forward with plans to redevelop the SDCCU Stadium site, university officials invited the media to take one final look inside on Tuesday.

In the coming months, the structure will be gone as San Diego State embarks on the project that’s been years in the making.

Walking into the empty stadium felt like a journey through history, from the press box to the hidden dugout.

In its 53-year existence, the stadium has hosted some of the world’s biggest musicians, was home to the Padres, as well as the former San Diego Chargers.

While those memories are still intact, the stadium itself is not. Cobwebs have formed where crowds used to sit. The grass on the field has turned brown. News 8 even spotted some rat feces.

It's for these reasons San Diego State is opting to play their 2021 football season in Carson. Not only is it too expensive to temporarily fix the existing stadium, but it gives university officials a head start on knocking it down to make room for SDSU Mission Valley.

“SDSU Mission Valley is a new era for the university and the San Diego region," said spokesperson Gina Jacobs.

The site will be home to a brand new 35,000 seat stadium, housing, open space, and more. Some of the old stadium will be used in that construction.

“The concrete is actually gonna serve as fill for the site," Jacobs said.

As for the memorabilia inside, SDSU officials are working on a plan to sell seats to the public. Some of the statues will either be repurposed or possibly auctioned off. Details will be shared soon, according to Jacobs.

"We are looking at this as an opportunity to recognize that history but also look forward to the future," she said.

The stadium is scheduled to be done by the fall of 2022 with the surrounding river park finished by 2023.

Here is one great stadium memory from the News 8 archives - when the Padres went to the World Series in 1984:

The media was invited for a final tour of SDCCU Stadium before it’s torn down to make room for SDSU Mission Valley....the full story airs at 5 @CBS8 @News8 pic.twitter.com/TEwtM4L9Ri