Solana Beach and Del Mar's city councils have voted to support a resolution banning the sale of untraceable "ghost guns" on the Del Mar fairgrounds. 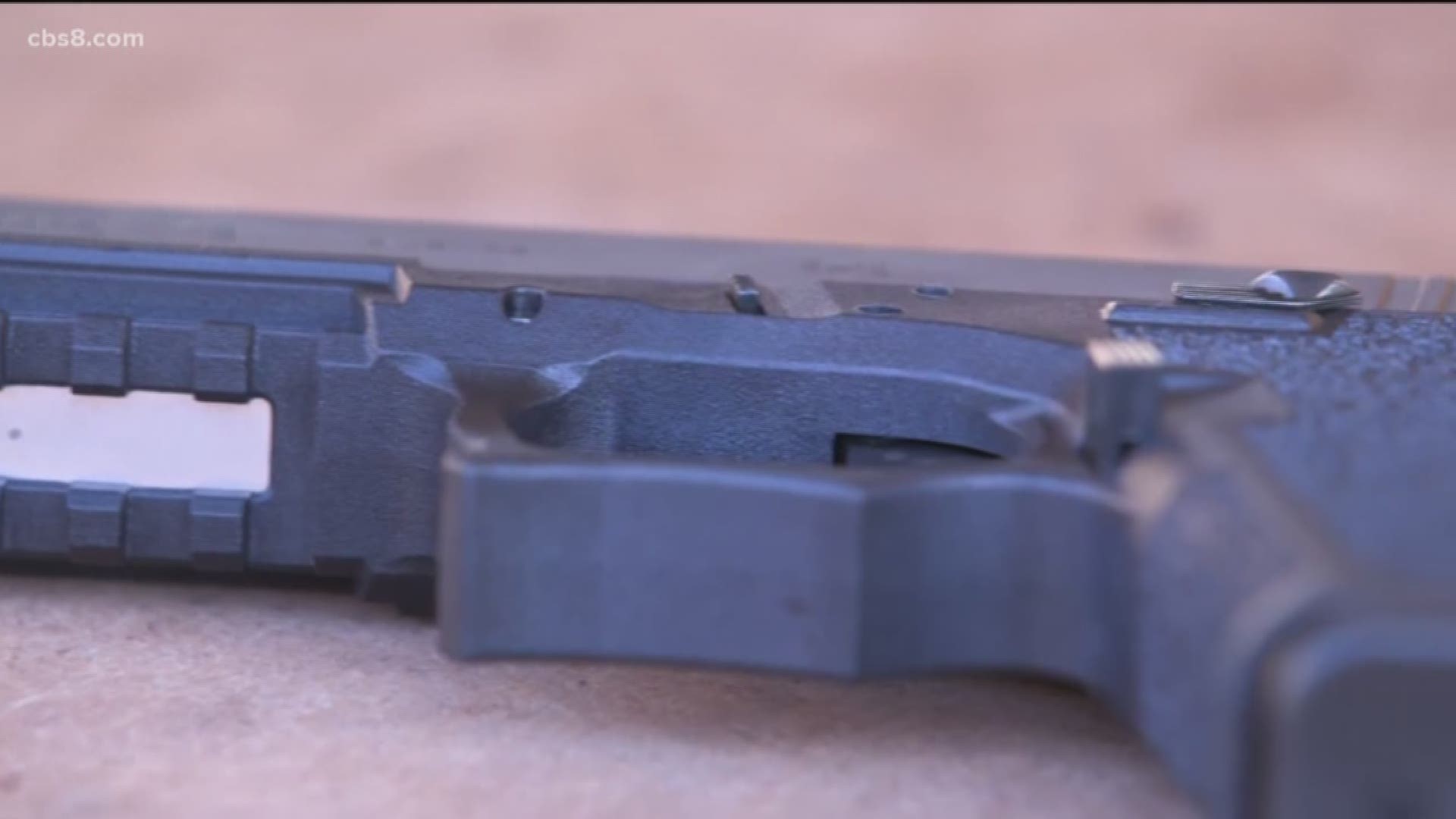 SOLANA BEACH, Calif. — Thousands will be heading to the Crossroads of the West Gun Show this weekend in Del Mar, where one of the most popular items for sale is a type of untraceable, unregistered firearm known as a "ghost gun."

Now, San Diego gun control activists are pushing to ban them from the event.

RELATED: Gun show returns to Del Mar, and so do protesters & supporters

According to law enforcement, nearly half of all guns used in recent crimes in Southern California involved these ghost guns, which have no serial numbers, and do not require background checks, or a waiting period.

While there's legislation in the works to crack down on their sales, that will not go into effect until 2024. Local gun control activists though, want to take action now, and are focusing their fight here on the gun show on the Del Mar fairgrounds.

"It really is the hidden loophole that not a lot of people know about," said Solana Beach city council member Kelly Harless.

Known as "ghost guns," can be assembled through a 'do it yourself' kit, and with some help from online instructions - creating a fully functioning firearm that is untraceable but technically legal.

"You can buy a kit for one in just a few minutes with no background check, no age restriction, no certificate and no firearms training. Like a ghost, they don't leave a trace," said resident Jill Cooper.

Ghost guns have been at the center of a growing number of high-profile cases, such as last November's deadly shooting carried out by a 16-year-old high school student in Santa Clarita who killed two classmates before turning the gun on himself, last summer's death of a California Highway Patrol officer in Riverside, and the 2013 shooting spree in Santa Monica that claimed five lives.

The activist group 'Never Again California' flooded Tuesday night's Solana Beach Council Meeting, asking the city leaders to pass a resolution supporting a ban on the sale of ghost guns at the Crossroads of the West Gun Show in Del Mar beginning this Saturday.

Proponents of ghost guns said that they are completely legal, pointing out that under law, anyone who purchases and assembles a ghost gun is required to register it with the Department of Justice.

"Tell me that the 16-year-old wanted to tell the DOJ he had a gun illegally. Tell me that someone who is suicidal is going to report a gun when they are about to use it," Sharp countered.

"There is simply no way."

Nationwide, states such as New York and Pennsylvania are taking action to ban ghost guns.

News 8 reached out to the organizers of the Crossroads of the West Gun Show for comment, but have yet to hear back.