With the heatwave far from over, power companies are urging CA customer conservation to avoid blackouts. Arizona Public Service adds insight to how they handle it 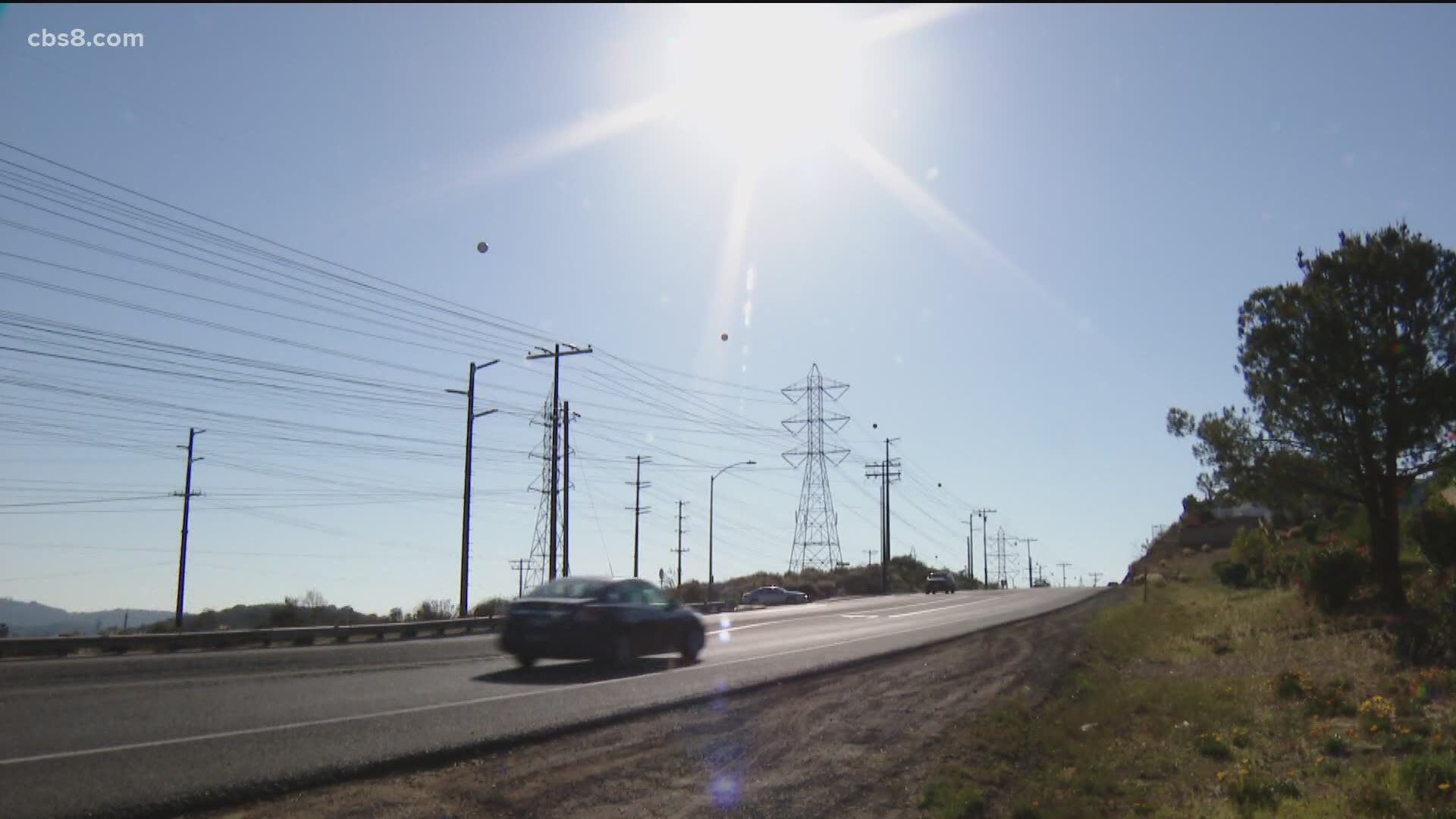 SAN DIEGO — The California Independent Service Operator (ISO) declared a statewide Stage 2 emergency Tuesday that called for all Californians to conserve energy while in a heatwave to avoid going to Stage 3, which would include rotating power outages.

With California feeling the extreme heat, the largest electric utility in neighboring state Arizona is offering insight into how it supplies energy to millions of customers without going dark.

"In Arizona, our air conditions are all cranking. We are used to this heat. The issue today and this week is that this heatwave is widespread like all the way up to like Portland, Oregon,” said Jill Hanks, spokesperson for Arizona Public Service.

Arizona Public Service gets much of its energy from the largest nuclear plant in the nation, Palo Verde, which happens to be in Arizona. Hanks said the secret to avoiding blackouts is having a diverse energy mix to pull from.

Meanwhile in San Diego, the threat of rotating blackouts to conserve power still looms. SDG&E sent out a 25-second recording thanking customers for conserving energy early this week and urged San Diegans to continue it.

"There are less resources from those neighboring states to come to California,” said Scott Anders, Administrative Director of The Energy Policy Initiatives Center at the University of San Diego's School of Law.

Anders said California gets about 25% of power from other states, which is challenging as less power is coming in from Western states that are also experiencing a heatwave. Anders said the state is working to decarbonize its electric supply by 2045.

"We are currently transitioning to a cleaner grid," he said. "So in the meantime, we're working out how to increase reliability at the same time we're increasing renewable resources.”

He said one method is storing power now to use later.

“Either in a battery or as hydrogen for example and when we need it later in the day, we can dispatch those resources to meet the need,” Anders said.

“It's hotter than I ever could have imagined. I'm sweating bullets. I've never experienced anything like it before,” said Berry on his first visit to California.

Berry was in town for a research project and decided to attempt to hike Iron Mountain Trailhead in Poway, where temps topped 90 degrees.

"I don't know how long I can hit it. I might just go up there and turn right back. I don't know if you guys are used to it out here, but this is a heck of a time to be in California," Berry said.