Paintings removed from Spanish Village gallery after complaints the art was copied. 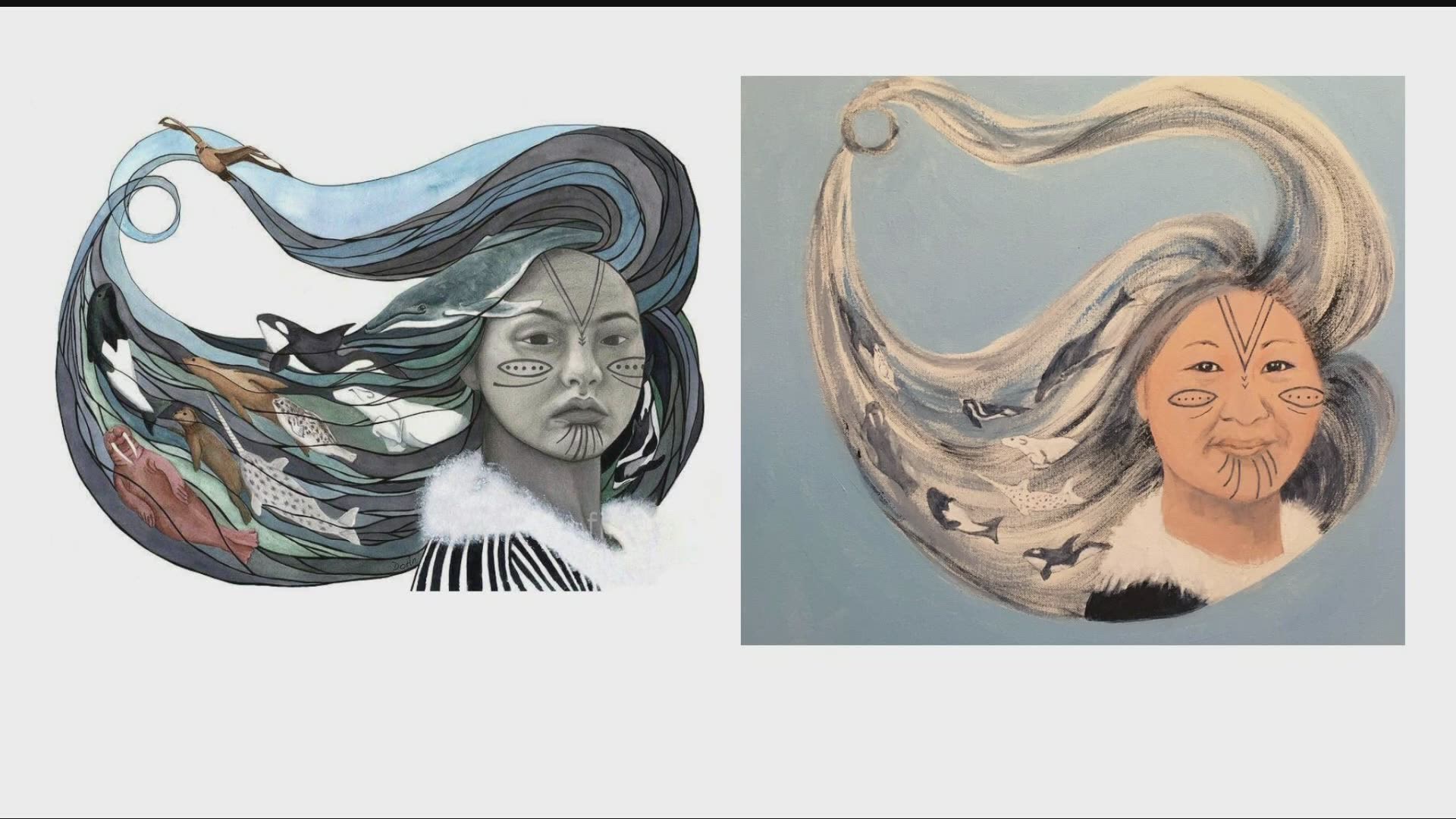 SAN DIEGO — An art exhibit in Balboa Park has been shut down amid allegations of plagiarism by a local painter, Jody Abssy. The exhibit, called Gather Ye Goddesses, at Gallery 21 in the Spanish Village Art Center included 33 paintings of ancient goddesses.

Abssy spoke on camera and gave a tour of her exhibit to News 8 in March, just days before the plagiarism accusations came to light.

“Some of them [paintings] came together very quickly and some of them gave me a lot of trouble.  And I had to keep going back to satisfy them – the goddess – and to satisfy me as an artist,” Abssy said during her initial interview with News 8.

The plagiarism allegations started to come in after the San Diego Union-Tribune published photos of some of Abssy’s goddess paintings.

Soon after, Gallery 21 shut down the exhibit in mid March.

“Obviously, Gallery 21 does not in any way stand for or condone plagiarism or copying of that type,” said Rosa Ruiz, a volunteer director at the gallery.

“We’ve identified artists from over half the show, and I'm still receiving messages on social media from people that have identified other pieces,” said Ruiz.

Gallery 21 is an “outreach gallery” where artists rent out the space to show their own work.  Admission typically is not charged to view exhibits.

Ruiz said artists are required to sign a contract saying the artwork is original.

One of the original paintings, apparently copied for the exhibit, was a 2012 painting entitled, Brighid - Mother Goddess of Ireland, by New York artist Jo Jayson.

“I was horrified that someone had copied it, not asked permission to copy it, because I would have said no,” said Jayson.

“That painting took me 3 to 4 months to paint.  And it's very, very personal to me.  It means a lot to me.  It comes from my own heart, my own inspiration, my own imagination.  There isn't an artist alive that wants that copied,” Jayson said.  "To go and promote the work in the way that she has, quite brazenly, and pass it off as her own inspirations, that was what was the most shocking.".

Abssy apologized to Jayson and has since removed several of the goddess paintings from her web site.

“My intention was to create something original by making enough changes to call it my own.  I didn't do that.  But I didn't intentionally infringe on anyone's copyright,” said Abssy.