Man ordered to stay away from San Diego Zoo, accused of carrying daughter in elephant enclosure

A man accused of taking his 2-year-old daughter inside an elephant enclosure has been ordered to stay away from the zoo after child abuse and trespassing charges. 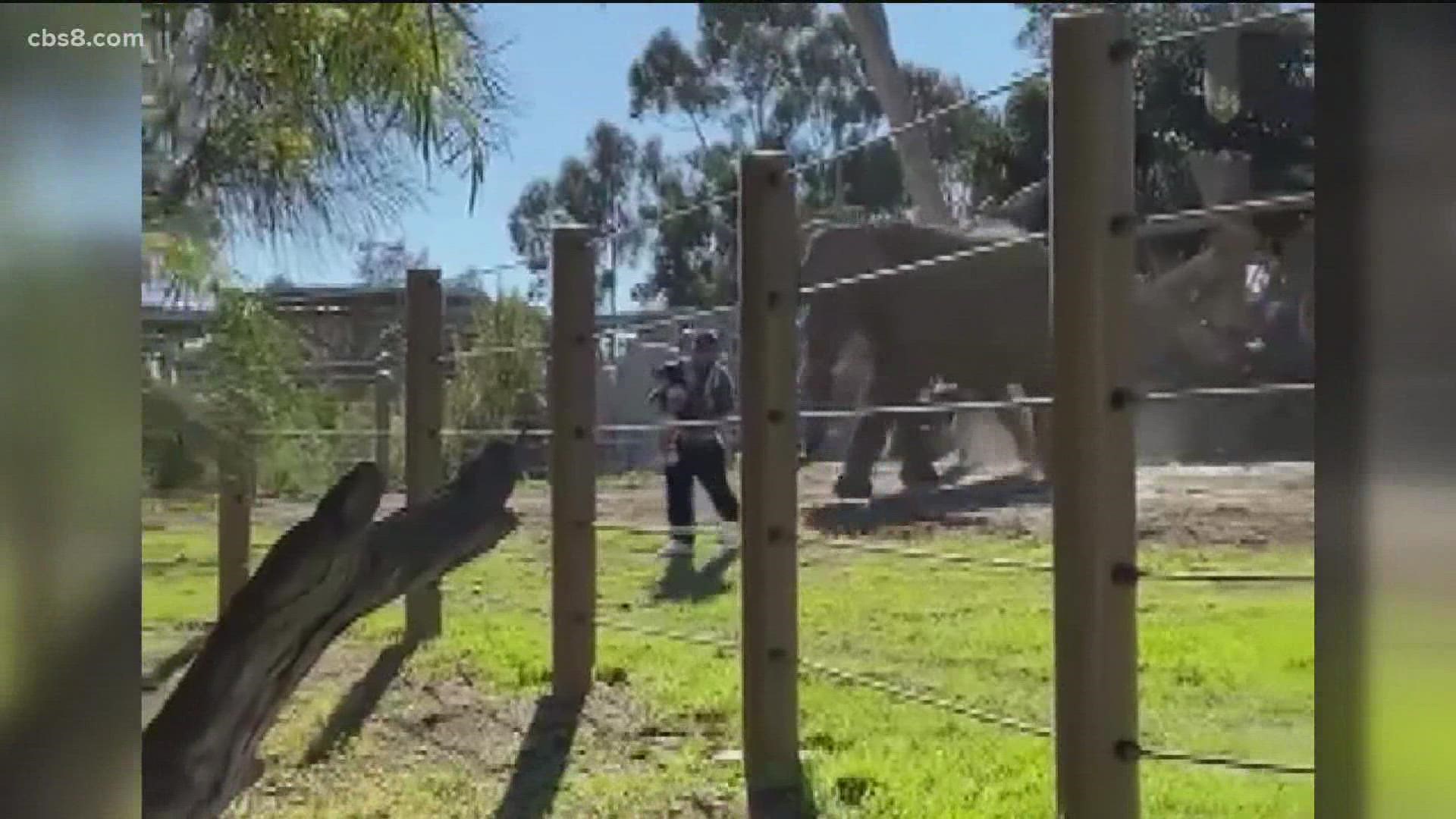 SAN DIEGO — Cell phone video shot on March 19 at the San Diego Zoo shows an elephant charging toward a father and his 2-year-old daughter inside the elephant enclosure posing for a picture. San Diego Police arrested the father 25-year-old Jose Navarrete, who appeared before a judge and pleaded not guilty to the charges of felony child abuse and unlawfully entering an animal enclosure at a zoo.

The judge ordered Navarrete's face not be shown and then gave Navarrete instructions to comply with a protective order for no negative contact with his daughter named Layla N. in the order. Navarrete is not to harass, strike, threaten or assault his daughter.

At the zoo in March, other visitors gasped while witnessing Navarrete climb out of the elephant enclosure, then video showed him drop his little girl on the ground and rush back to pick her up as the elephant aggressively moved its 8-foot long trunk toward them.

“The elephant you saw, I believe is Shaba, and she was responding really as an elephant would respond to an intruder. It's an extremely dangerous situation, and no one in their right mind should really ever do this,” said Catherine Doyle, PAWS wildlife sanctuaries Director of research

Now, Navarrete cannot go back to the zoo.

"He is ordered to stay 100 yards away from the San Diego Zoo, and he is ordered to comply with any requirements imposed by child welfare services or by any family court,” said deputy district attorney Erika Maskal.

Navarrete was also ordered not to possess a firearm.

Navarrete’s bail remains at $100,000, which he already posted bond for. His next court date is set for Sept. 9 with a preliminary hearing set for Sept. 23.