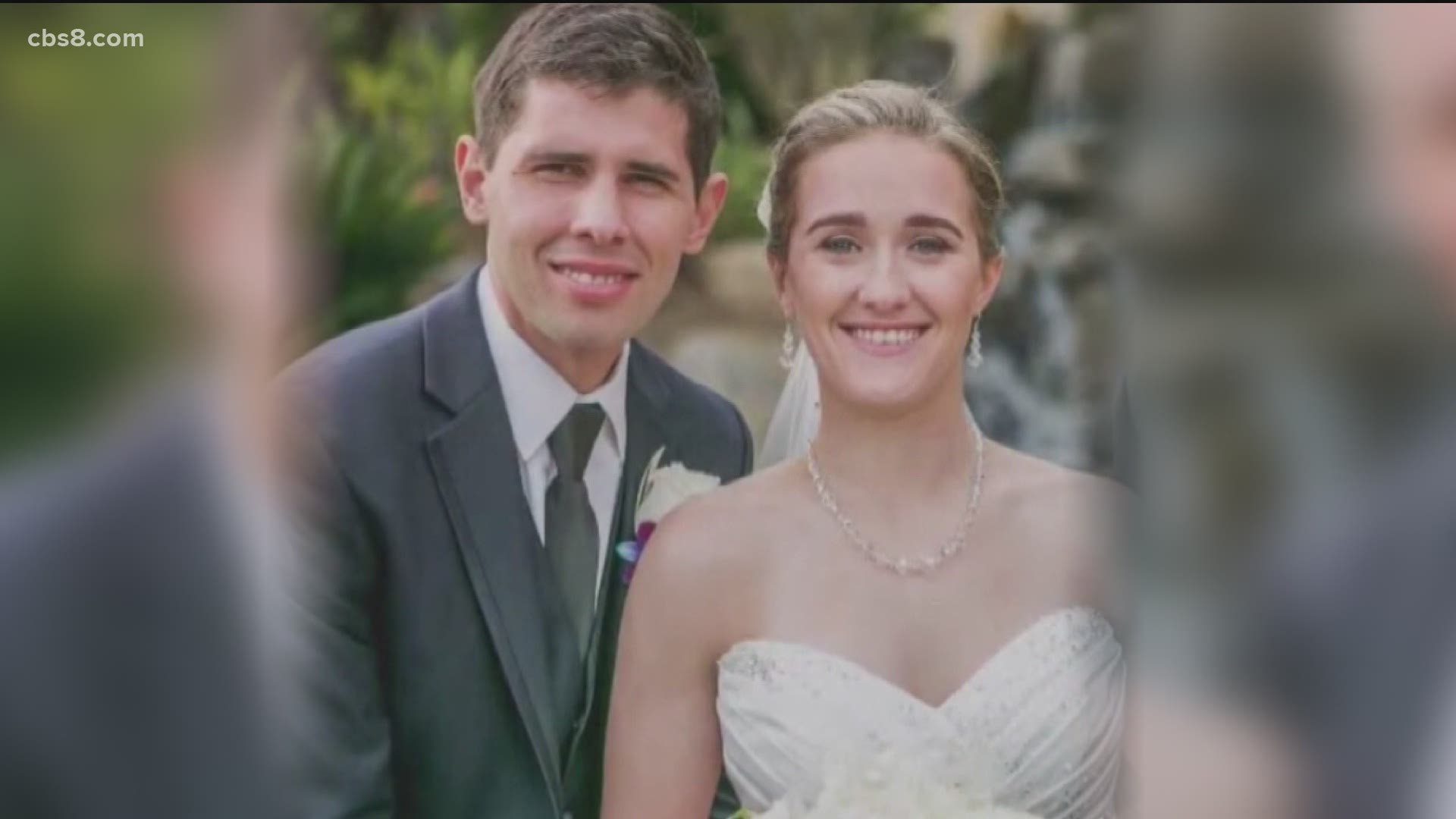 SAN DIEGO — Just one day after learning their head coach had been killed in a horrific wrong-way crash, members of the San Diego Angels Girls Ice Hockey Club made many signs and left cards at their practice ice rink Saturday honoring coach Jamie Huntley-Park and her husband Ryan Park. One girl’s sign said, “Thank you Coach Jamie, we will miss you.”

Emotions were still raw for loved ones of all those killed in Friday's horrific crash. There was growing support outside San Diego Police headquarters for the two detectives killed.

"There were tears, there were hugs just to know how special Jamie and Ryan were to all of us. They had a beautiful tribute to her, they put up flowers and made posters and there are notes, and it just really shows how much she meant to all of them," said Alex Morrison, San Diego Angels girls hockey coach and director.

Morrison said the couple's loss is an especially tough one for him as he’s known Jamie since they were kids.

"She's one of my best friends on the planet, and she and Ryan her husband, I mean we were at Disney together on Monday, and we were supposed to go to the Angels game last night,” Morrison said.

Both San Diego police officers, Ryan Park and Jamie Huntley-Park, were killed in a car crash Friday morning on Interstate 5 near Dairy Mart road. The married couple were hit head-on by a wrong-way female driver heading north in a Honda, who also died. The police chief said the two were off duty but believed to be working on a case. Ryan was driving the city's unmarked blue Ford.

“It was tough...I knew both of these kids well,” said San Diego Police Chief David Nisleit nearly in tears on Friday night as he identified the couple in a media briefing.

Bally sports did a story in 2019 on Jamie’s extensive life of hockey and coaching youth ice hockey. She also traveled around the world as a professional referee.

"She was slated to go to the world championships next month in Alberta and was on the fast track for the Olympics next year,” Morrison said.

The husband and wife police couple of four years lived in Escondido and met at the police academy and became detectives on the same day in 2018.

“They really were embraced by so many people, and that's why this is so devastating to all the police officers and the dispatchers and for the firefighters that they knew. Ryan was Jamie’s world, and he was amazing. He was so devoted and loving, fun and adventuresome. He was a great runner and would do anything for his wife, absolutely anything. It was one of the sweetest things,” Morrison said.

Morrison said the two can never be replaced and a void is left with Coach Jamie’s team. She coached and mentored dozens of youth locally in ice hockey and served as the head coach of the San Diego 14 years old and under AA girls team last season.

All the events for the San Diego Girls Ice Hockey club are canceled for the weekend and Morrison said a scholarship is in the process of being set up in Coach Jamie's honor.

“Whether it’s to help kids go off to college or get into police work, we really want to do something to honor her memory and keep her alive through this fund,” Morrison said.

In a statement from the mother of Jamie Huntley-Park, Cherisse Huntley:

"They were two wonderful human beings and our heroes. I haven't watched the news, but I understand they did a run for them and people are leaving flowers. To those people, tell them I said, thank you for their thoughts and their prayers."

WATCH RELATED: San Diego police chief identifies the 2 police detectives who died in the wrong-way crash on I-5 (June 2021)