Flowers were left outside the Pendry Hotel, where Justice Boldin, 28, worked as valet the night he was killed when a gunman opened fire and shot five people. 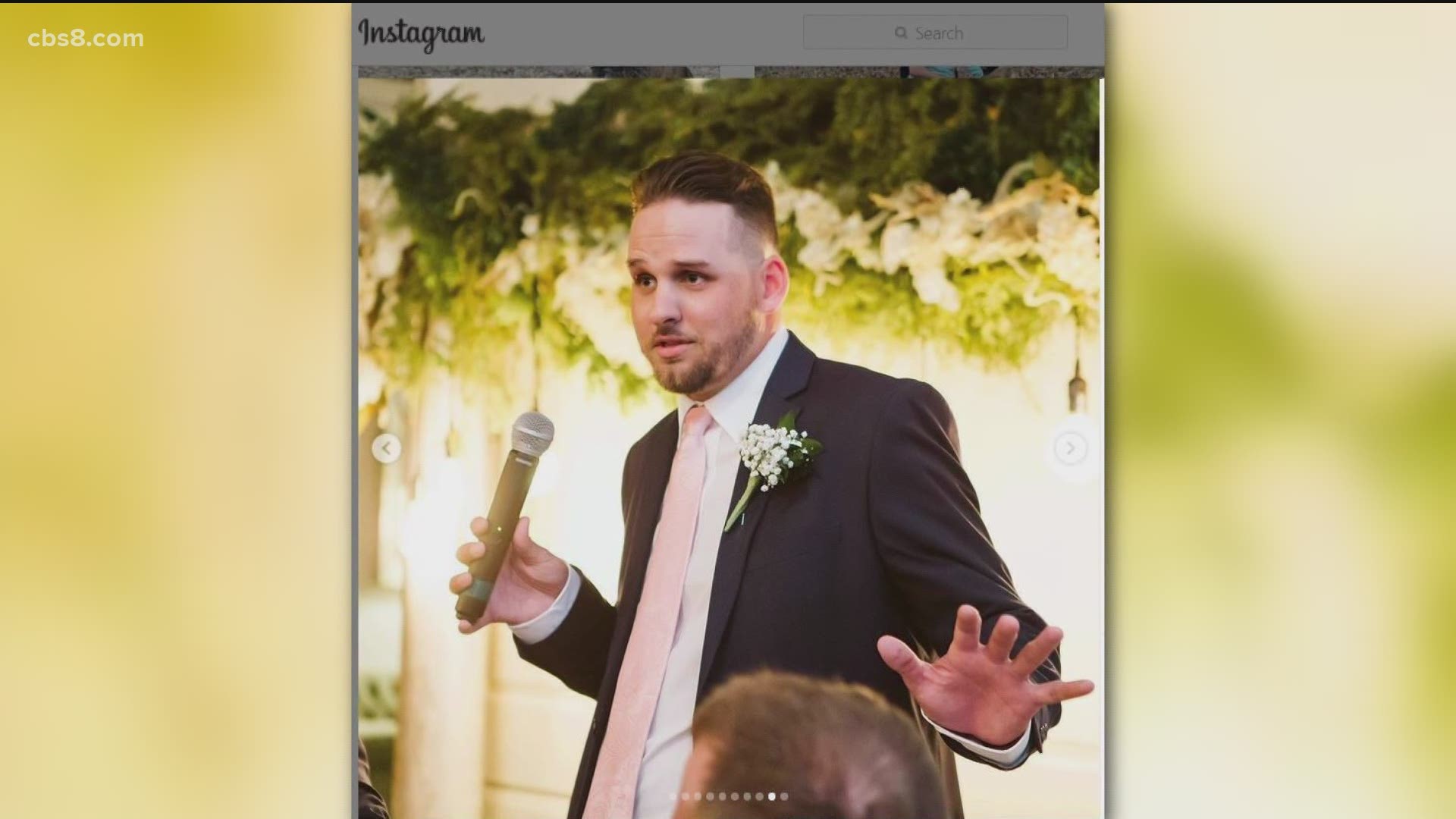 SAN DIEGO — An outpouring of support continues for the family of valet worker, Justin Boldin, who was killed in the Gaslamp shooting.

In a public Facebook post his Uncle Stephen Boldin writes:
"RIP Justice Boldin. He is with his Dad up in Heaven way too early. His life was taken from us 4/22/21. Words cannot express the emptiness I feel inside right now. Trying to wrap my head around this whole thing. I love you nephew."

San Diego police said Justice Boldin was shot and killed Thursday night around 10:30 when gunman Travis Sarreshteh, 32, opened fire in an unprovoked attack near 500 J Street in the Gaslamp Quarter right outside the Pendry Hotel. Boldin died on the scene from at least one gunshot wound.

"I'd to offer my deepest condolences to the family of the decedent, his loved ones, I know this is an extremely difficult time for them,” said San Diego Police Chief David Nisleit.

The shooting didn't end there as police say the gunman walked a block north to 5th and Island, where he opened fire on four men, who were treated for their injuries. Two good Samaritans were able to tackle the shooter until police arrived.

"He had earbuds in and didn't hear me run up on him at all, so I just blindsided him and just took him to the ground,” said good Samaritan Justin Larabee, a former Navy Construction Battalion.

Boldin worked for Ace Parking. The company set up a GoFundMe to raise at least $25,000 for the family and wrote: "in Justice Boldin's case, his name gives great meaning. His life was senselessly taken. While Justice Boldin was new to the Ace family, he will forever remain an Ace family member."

A flower memorial was left outside the Pendry Hotel. The hotel said in a statement "it is devastated by the incidents. We remain committed to the safety and security of our guests and associates."

Boldin posted major highlights of his life on Instagram from his time at New Mexico Military Institute to being a standout baseball player and loving to golf and hunt. He adored his dog, a Belgian Malinois named “Belli.”

He recently became an uncle the day before his 28th birthday on March 14 with family in Arizona. His friends write, “he had a zest for life, captivating smile, and had only lived in San Diego for 11 months. He will be truly missed.”

ACE Parking said anyone who would like to offer flowers or cards to the family is asked to mail them to Ace Parking's address at: