Dan Gregoria, a meteorologist with the National Weather Service in San Diego said October is typically a dry month, so Monday’s rain is a good starting point. 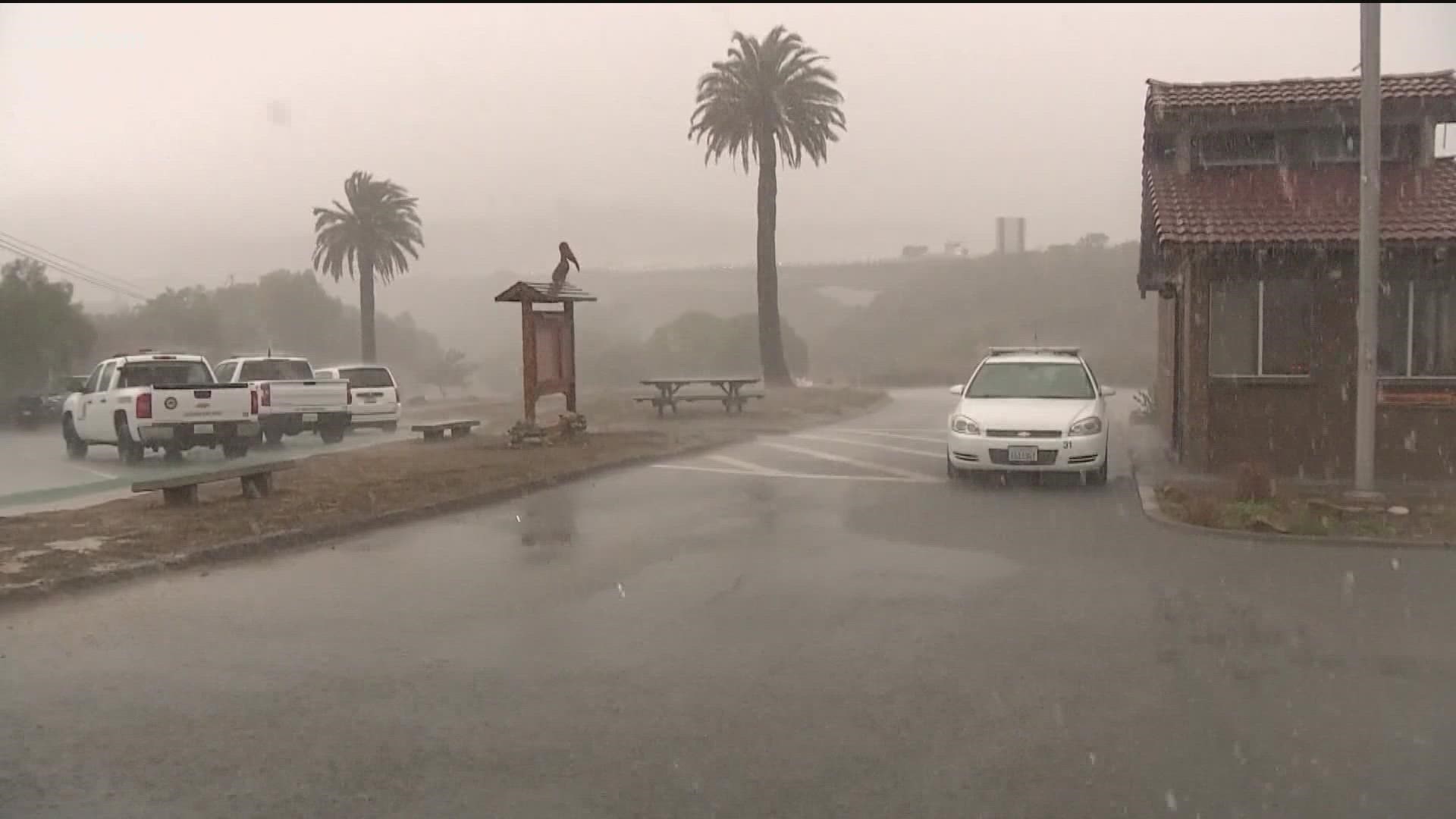 SAN DIEGO COUNTY, Calif. — Most neighborhoods in San Diego County received about half an inch of rain yesterday. Places like Palomar saw over an inch of rain.

However, meteorologists caution that it’s only a start when it comes to taking on the Southern California drought. After all, California’s experienced two consecutive dry years.

“This helped with the fire weather- not so much the drought,” said Dan Gregoria, a meteorologist with the National Weather Service in San Diego. “We need a lot more rain.”

Gregoria says October is typically a dry month, so Monday’s rain is a good starting point.

“It takes a lot of rainfall to make up for that deficit," said Gregoria.

“I felt lucky we didn’t get that much rain,” said sisters Tess and Margot. “The power went out [in the Bay]. We’re glad we moved because we just missed it.”

Gregoria said Southern California needs much more rain than we typically do to make some progress, but La Nina presents a challenge.

“For Southern California, that means dryer than normal conditions are favored this season and warmer than normal temperatures,” said Gregoria.

Even with La Nina, strong pacific storms are still possible.

However, Gregoria says what you do at home any day of the year can make a difference, like practicing water conservation and cutting back wherever you can.