October is when San Diego County starts spraying pesticides to keep the population under control. 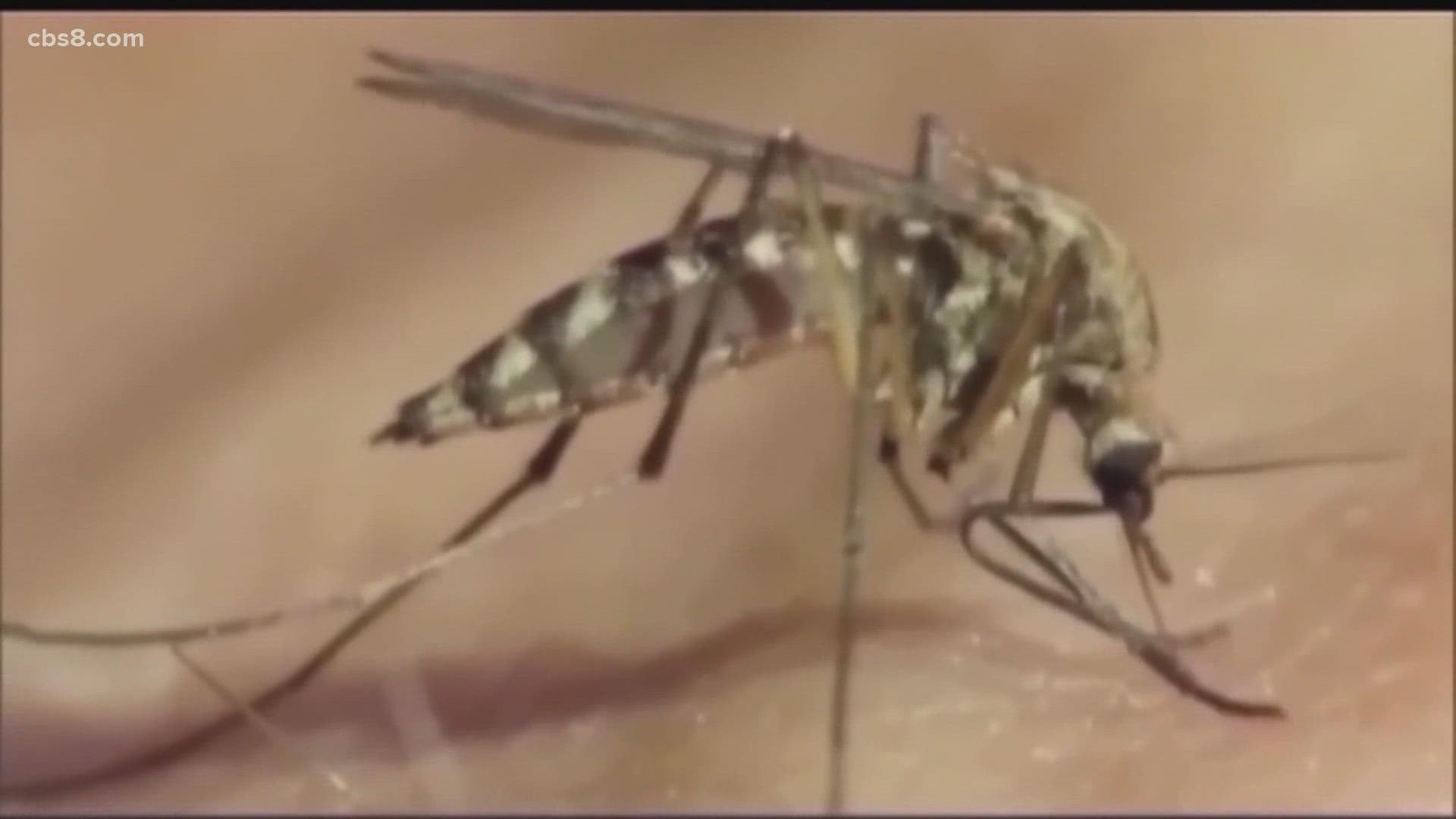 Although the problem with the little buggers isn’t as bad as it is in places like the Midwest, they could lead to some itchy bug bites, ruin your back yard barbeque or worse, spread a disease.

"Well, in San Diego, we have a drier climate. So you don't have as much standing water around," said San Diego County Vector Ecologist Chris Conlan. "So if you're living near any bodies of water that are likely to produce them, you're probably experiencing it more often as somebody who's in the middle of a more urban environment."

A few years back, Conlan started to find a new species in the local population.

"The scientific name is called Aedes aegypti. The common name for it is called Yellow Fever Mosquito," said Conlan. "They don't have yellow fever here, but because it can transmit that illness and other places of the world where it occurs."

So to keep these blood-sucking pests from your backyard, make sure that there isn’t standing water. Mosquitos like to lay their eggs in small containers like buckets or empty pots.

As for the bigger areas like lagoons, October is when the county starts spraying pesticides to keep the population under control.

"We're trying to be as environmentally friendly as possible, but we can do this either by hand or by using the assistance of a truck or a boat," said Conlan. "For sites that are really just too hard to get into. We have a helicopter that we use to make those applications."

In the meantime, keep your property dry and the bug spray handy.