The drone video shows surfers just feet away from white sharks in the Pacific Ocean in September. 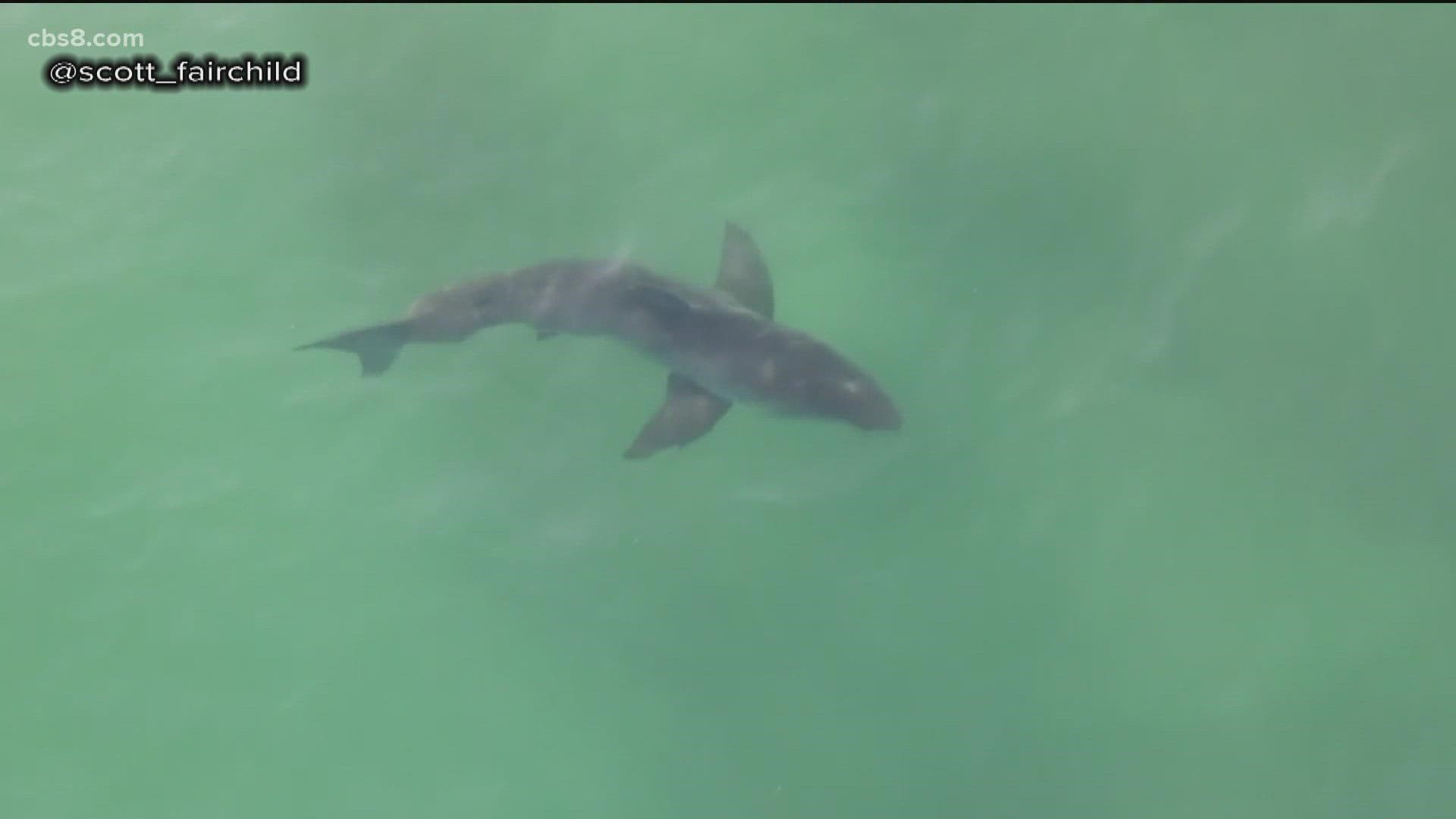 DEL MAR, Calif. — Scott Fairchild enjoys many outdoor hobbies, including drone photography at the beach. The native Californian got lucky over the weekend when he captured several juvenile white sharks swimming in the Pacific Ocean off the coast of Del Mar, oftentimes right next to surfers.

Due to visibility, sometimes surfers or swimmers will be just feet away from a shark in the ocean, but are unable to see it for themselves in the moment.

"You can tell they don’t see it,” said Fairchild with a laugh.

Dean Fessler is the Shark Institute in New Jersey, although he lived in San Diego for years. Fessler said there was a good chance the sharks captured on video Saturday and Sunday were hungry.

“I would assume [they were] somewhere near a potential seal colony or perhaps migrating tuna which are their favorite prey when they’re at that size that that photograph seems to suggest,” said Fessler in a Zoom interview.

However, Fessler and Fairchild both said to take comfort in knowing that these sharks almost certainly aren’t interested in snacking on humans.

“The more I go watch them, more at peace I realize -  they just do not care,” said Fairchild.

While Fairchild’s video itself is great, Fessler said to think twice before referring to a white shark as a “great” white shark to a scientist. It’s a popular topic in the shark science community.

Fessler said it is quite rare to have a “negative encounter” with a shark. However, it’s always important to keep safety tips in mind. Fessler recommends people never swim totally alone, especially at sunrise or sunset.

“If you see other shark prey items in large numbers - let’s say a school of fish or a pod of seals - don’t jump in and go swim,” said Fessler.

Even if you don’t swim, you can admire the beauty of the sharks from these hard-to-believe videos.

Fessler said he expects we’ll see even more up-close-and-personal, high-quality video of surfers and sharks blissfully unaware of each other as drone photography grows in popularity.