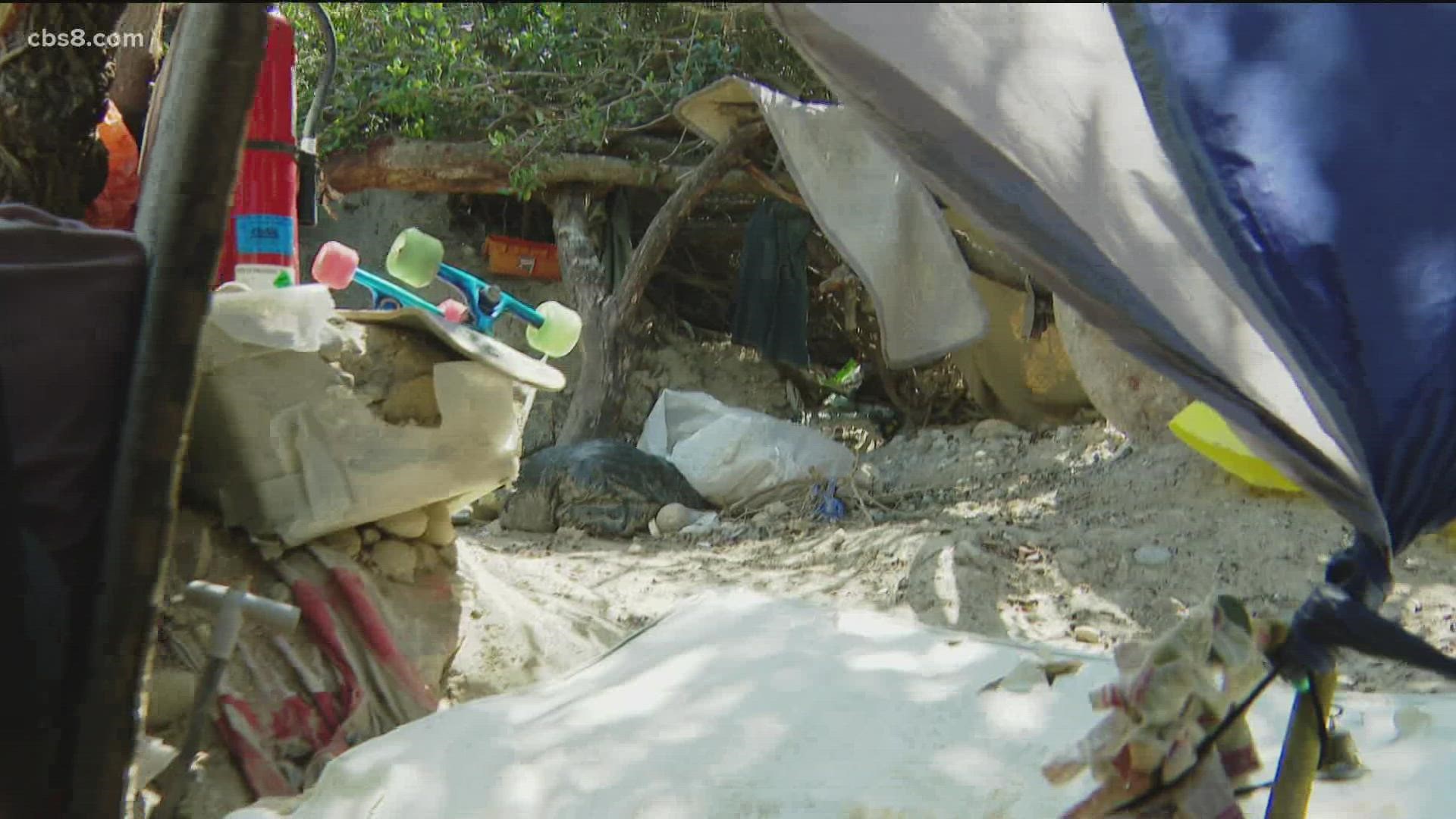 SAN DIEGO COUNTY, Calif. — Its been five years since News 8 reported on a homeless encampment in Mission Valley.

“We noticed the naked woman bathing herself right out in the open," said News 8 Anchor Carlo Ceccehetto in a 2016 newscast.

That woman is Tasha Virtue, a mother of four daughters.

"Oh wow, that’s me and I remember that day. I had wondered why helicopters are flying. It made me want my daughters to not see me like that, like say 'that’s my mom out there,'" said Virtue.

She was down on her luck after she and her husband were evicted after they could not afford their rent for months.

"It was a humbling experience. I was homeless for 7 years," said Virtue.

Now, she lives in her own apartment in San Diego.

And for the last year, she’s worked as a parking attendant.

Virtue says she hopes to live up to her name.

"I'm very grateful I made it out because a lot of my friends didn’t get the opportunity to and they’re still struggling," said Virtue.

She says she doesn’t want to ask for any help even though she does struggle with payments from time to time.