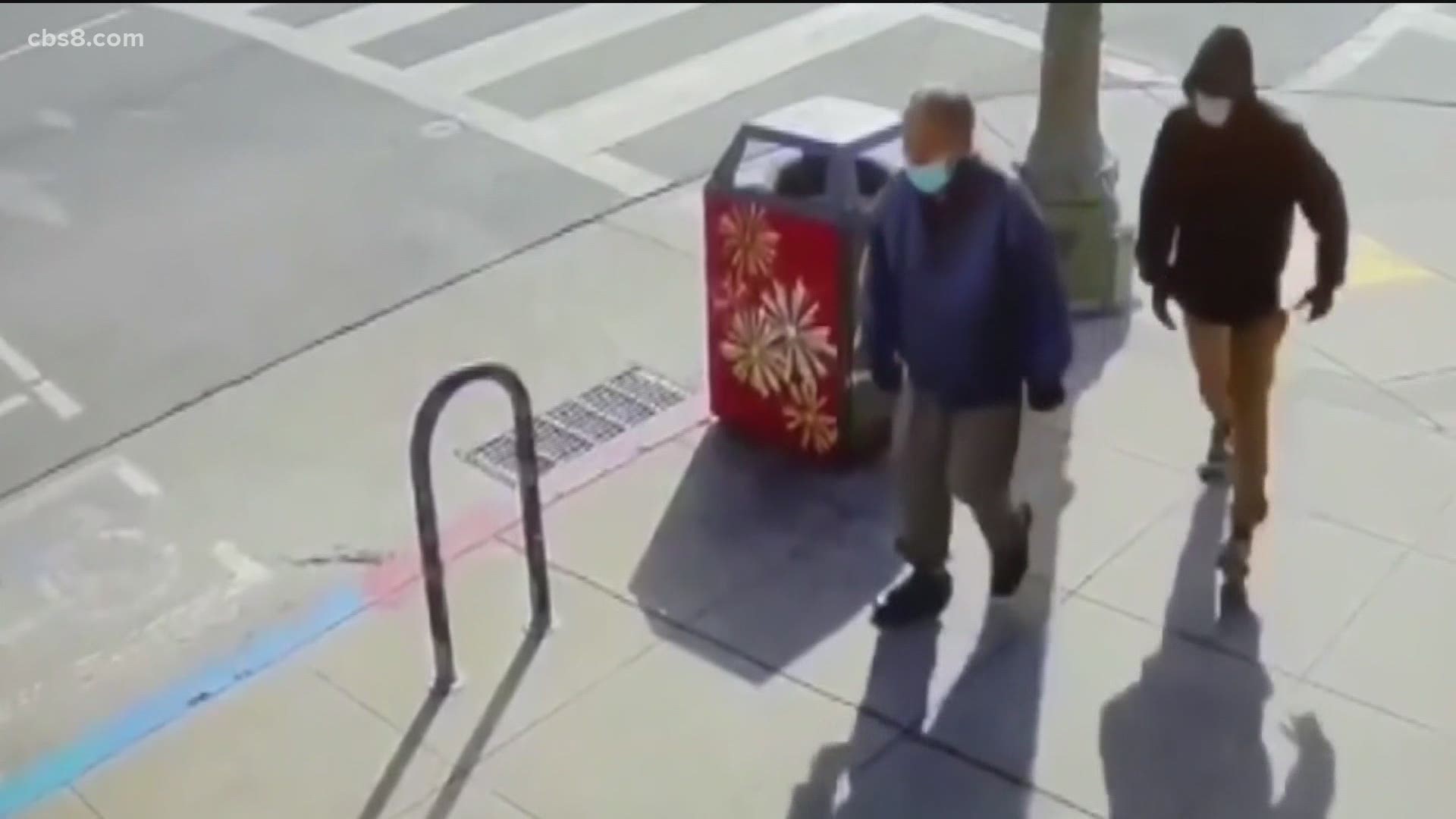 SAN DIEGO — The disturbing rise in attacks against Asian Americans continues to happen across the country and dozens of incidents have been reported here in San Diego County. A recent study based on police reports says there’s been a 150 percent increase of these incidents in 16 of America’s largest cities.

In January, an elderly Asian man was assaulted and killed in a random attack in San Francisco. Now communities throughout California are sounding the alarm and working together to report anti-Asian American incidents.

“It's wrong, it's un-American and it must stop. Vicious hate crimes against Asian Americans who've been attacked, harassed, blamed and scapegoated,” said President Biden, as he spoke to the nation last week.

Since the pandemic started, over 3,000 hate incidents across the country have been directed towards Asian Americans, according to police reports.

“There have been over 40 reports of possible hate crimes against Asians. The most recent was against an 80-year-old Filipina lola. She was riding the MTS Trolley from Southeastern San Diego to Downtown on a Monday morning. She was attacked by a passenger, just randomly,” said JoAnn Fields, Director of the Filipino Resource Center in San Diego.

“I’d like the human relations commission and potentially the Council and the Mayor, to begin holding hearings as soon as possible, neighborhood hearings around the city, with neighborhood stakeholders, with different Asian American groups, organizations, businesses, to talk about the issues of hate, intimidation, and violence that have occurred and may have gone unreported,” Hough said.

Both Hough and Fields say they’re working to bring law enforcement agencies into the conversation so that these incidents can be reported as hate crimes, which can carry tougher penalties.