The famous blue cottage was put on wheels and towed up the street. 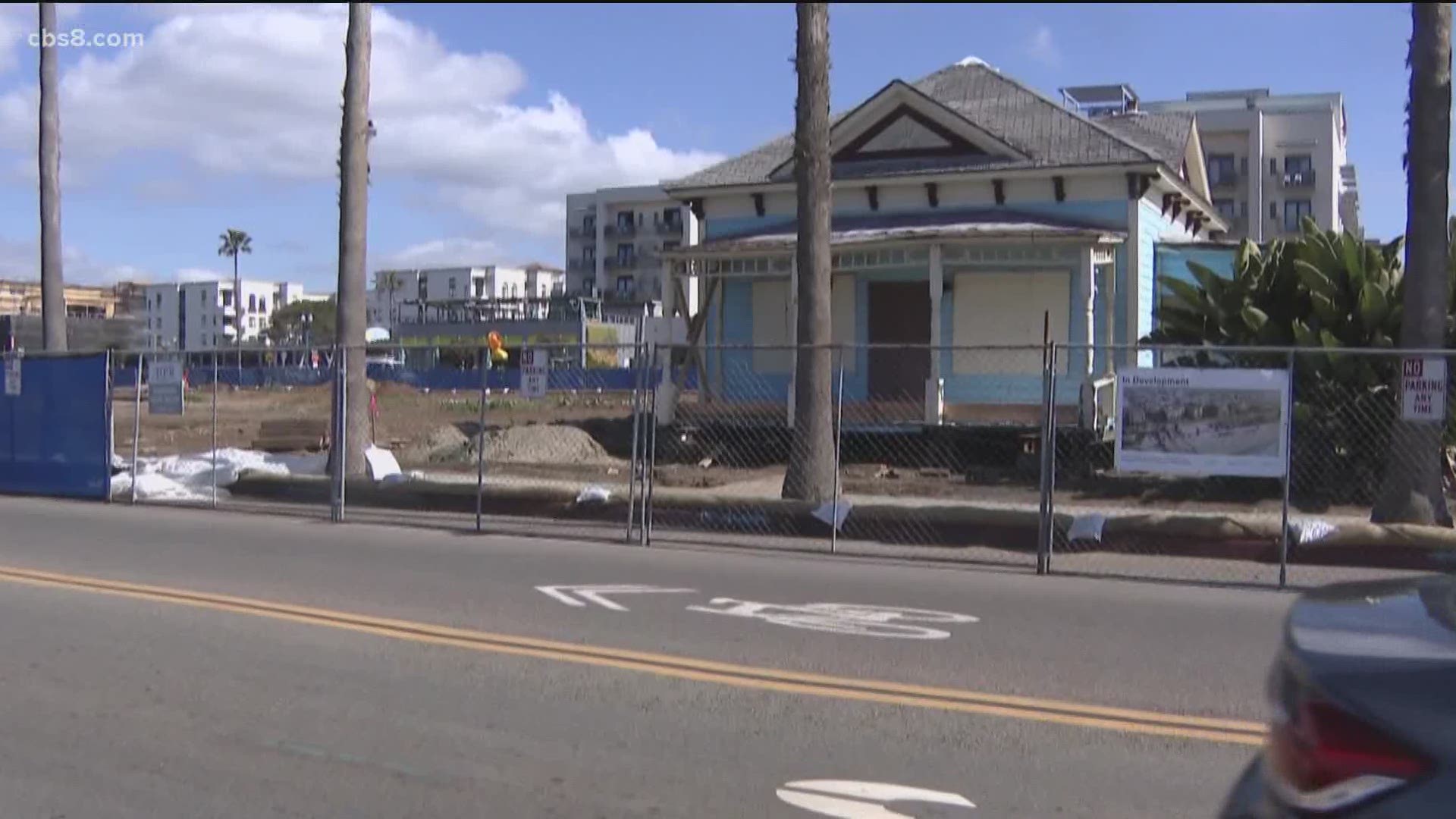 OCEANSIDE, Calif. — Though it only received few minutes of screen time in the 1986 classic film "Top Gun," the little blue seaside cottage has become an enduring icon in Oceanside.

"It's a Folk Victorian, and there's almost none in California," said John Daley a local historian. "That's why this house was saved, because of the architecture, not because of "Top Gun.""

Though the movie came out 34 years ago, it's still a common sight to see tourists taking pictures, and posing with the baby blue cottage. As the years went on, the oceanfront property on Pacific Street fell into disrepair.

That’s when the land developer for a hotel decided they wanted to save it.

On Thursday afternoon, a team of towers put the historic house on wheels and moved it a block-and-a-half up the street, where it will remain surrounded, by all sides, by the newest high rise hotels in Oceanside.

It will be a mix between the old and the new.

"Oceanside has a pretty cool look to it," said Daley. "And while it may change in a lot of ways its going to keep its flavor as it’s always had."

If you'd like to see the new location of the "Top Gun" house, it's located directly across from the Oceanside Pier.

Editors Note: The drone video was credited incorrectly.  The video was shot by Keith Pirillo.