Adopt 8: Time is running out for 17-year-old Daniel

With less than one year left to find a forever home, 17-year-old Daniel knows time is running out. 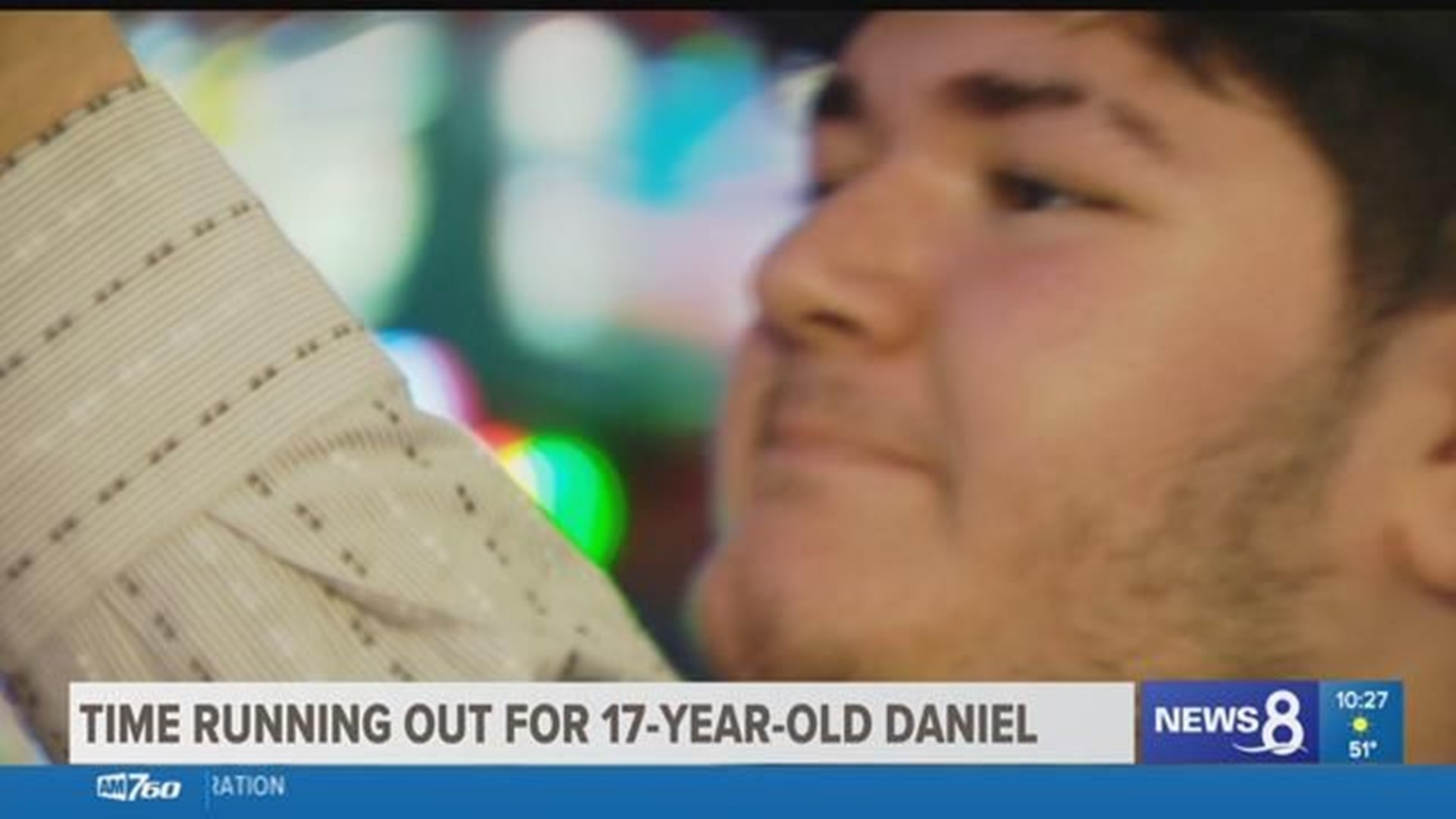 SAN DIEGO (NEWS 8) — With less than one year left to find a forever home, 17-year-old Daniel knows time is running out.

He’ll soon age out of the foster care system but is holding out hope he will find a family willing to take a in a teenager.

Music is something Daniel says has always brought him happiness and calm.

"It's basically just kind of part of who I am,” he said.

He says it’s the one thing he can get lost in, to help tune out the distractions and frustrations of life in the foster care system.

"I've been bounced around from home to home,” said Daniel.

While Daniel does have some fond memories of life with his parents, he says, as he got older his family life was shattered.

Daniel says he was removed from his home and placed into foster care as a result of the poor choices his parents made.

"I had a lot of hate. I hated my parents,” he said. “I didn't hate them because they were my parents, I hated them for not being there for me.”

He's since changed course and is now focused on the road ahead with a much more positive perspective.

"I just let it all go,” he said. “But I don't have that hate anymore. I’m disappointed.”

Daniel says having parents who let him down, no longer defines him..

"And that's really what keeps me going, because I want to show people I can be successful,” he said. “Because you can't choose where you come from, but you can choose where to go from there.”

The high school junior already has his sights set on a career.

"I want to be a vet tech, for animals,” said Daniel. “I love animals.” But first, Daniel is still hoping to find a forever family.

Daniel knows time is running out.

Having just turned 17, Daniel has less than one year left one last shot at having a family to call his own for years to come.

"Even after 18, of course I'm going to need all the support I can get,” said Daniel. The polite young man dreams of building a successful future

But what Daniel needs now, is a forever family to be there for him.