Breaking News
More () »
Change It Up

Change It Up: Ricochet the Surf Dog and owner honored for work in San Diego

You've seen her riding surfboards and putting smiles on a lot of faces around the San Diego area; Ricochet the Surf Dog was nominated for our News 8 Change It Up Champion Award. News 8’s Eric Kahne...

Change It Up: Ricochet the Surf Dog and owner honored for work in San Diego
Author: Eric Kahnert (Anchor/Reporter)
Published: 8:47 AM PST January 15, 2019

SAN DIEGO (NEWS 8) — You've seen her riding surfboards and putting smiles on a lot of faces around the San Diego area; Ricochet the Surf Dog was nominated for our News 8 Change It Up Champion Award.

News 8’s Eric Kahnert caught up with Ricochet's owner about the great work she's doing in the community, and the IMAX movie she's featured in.

"When she was 8-weeks she was in a kiddie pool, and there was a boogie board, and I tapped it, and she climbed on and had really good balance,” said Judy.

She quickly became known as Ricochet the Surf Dog - amazing people with that balance. But equally impressive is her work off the board with kids and veterans.

"Especially if they are suffering from PTSD; kids with autism are really able to connect with her, she's able to break down barriers of kids like that way faster than humans,” said Judy.

By pawing down those barriers, Ricochet has even saved lives.

"There's one individual, a veteran with PTSD, who was suicidal when we met him and Ricochet worked with him for a while,” said Judy.

That man is Randy Dexter.

The local Army veteran took Ricochet to college with him to help with his PTSD.

Randy has since got a new therapy dog, graduated college and now has a successful job with K-9 for Warriors.

"She's here for a specific purpose I believe, and she's living out that purpose, and I think that's what makes her happy,” said Judy.

Sure, Ricochet chases squirrels and exudes other normal dog behavior, but when she's ready to serve a greater good her impact is profound.

Ricochet turns 11 years old on Jan. 25th and she's not slowing down.

In fact, this spring she will be featured in a new IMAX film called "Superpower Dogs.”

News 8 is pleased to honor Change It Up Champions Judy Fridono and Ricochet for everything they've done to make San Diego a better place.

News 8 is celebrating San Diegans making a difference and having a positive impact in our communities.

Does that sound like someone you know? Then nominate them as a Change It Up Champion.

There are no age restrictions for Change It Up, you can nominate anyone you think is doing incredible, and inspirational work to improve our community.

If you'd like to nominate someone for our News 8 Change It Up award click here, and learn more about Change It Up here. 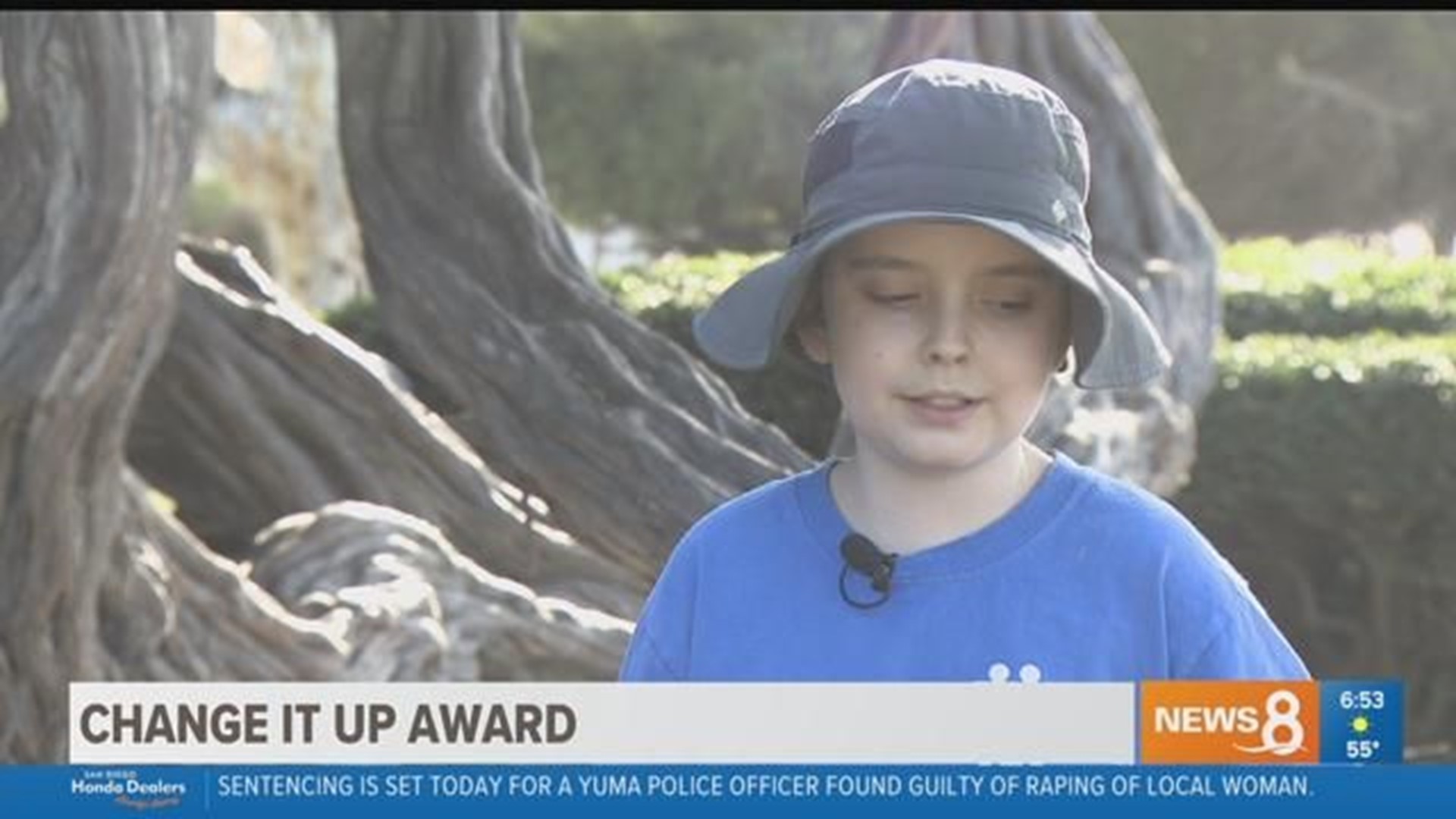 Change It Up: Pollution Stoppers is making a difference along the San Diego coastline