A puppy changed the life of Marine suffering from PTSD

The Marine is now helping other military veterans. 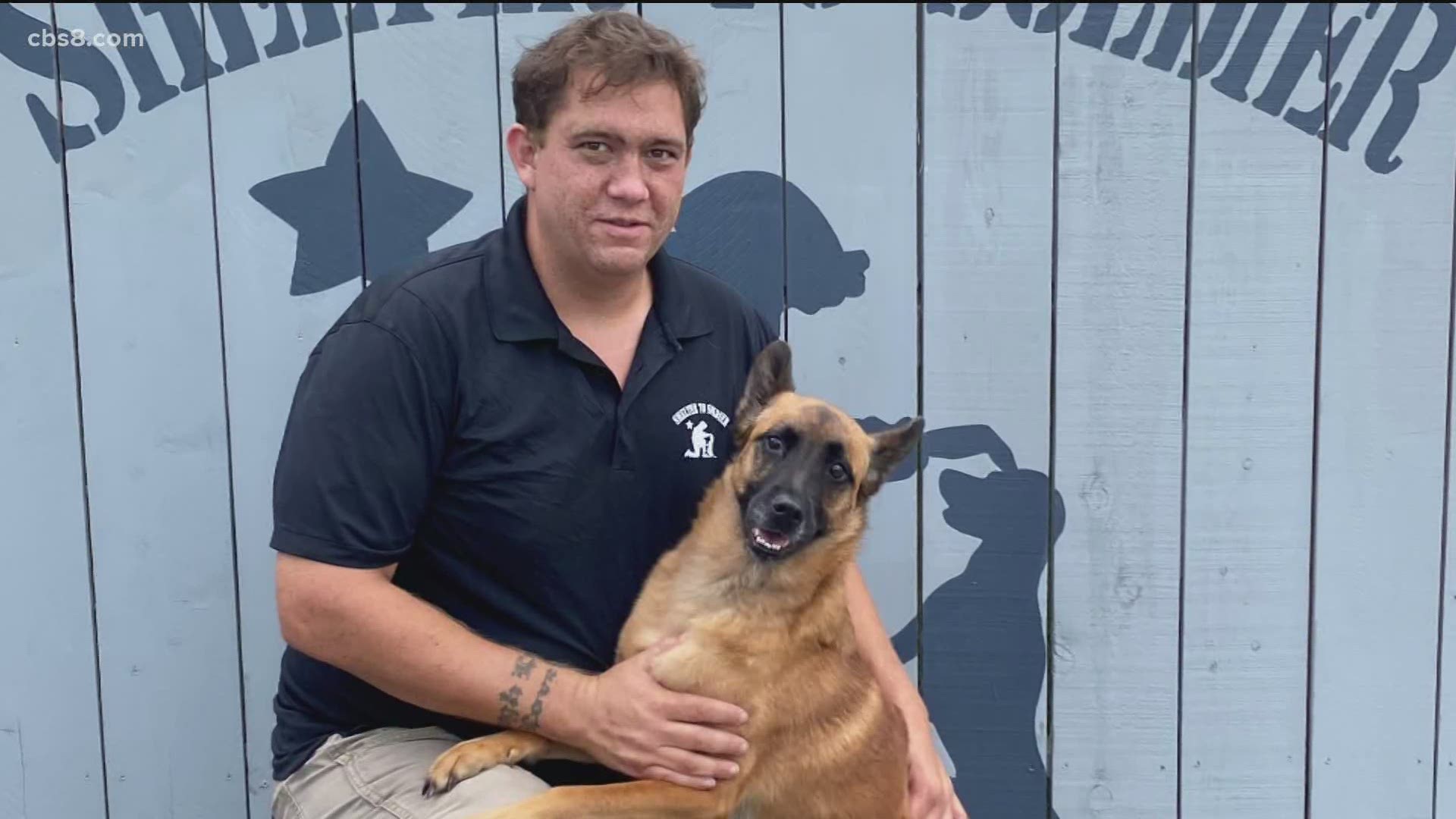 SAN DIEGO COUNTY, Calif — Chris Pendleton knew something was wrong. The Marine Corps veteran pushed away friends, isolated himself, and had no motivation to do the things he loved.

He didn’t realize it at the time, but Chris was suffering from a form of PTSD called hypervigilance. On deployments, troops are taught to always be on high alert. Complacency kills.

But when Chris returned home, that behavior didn't stop.

“You're always looking - you're always like, 'why is this person's hands in his pocket?'” Chris said. “If someone comes in with a gun, I know I'm going over that fence or you just always have a plan, a thought, and you can't turn it off.

Like so many veterans in his position, Chris aimlessly wandering through life. He was basically homeless, couldn’t hold a job, and had a bleak future.

But then a puppy named Ripley came along and changed everything.

He was a present from a friend, but Ripley ended up giving Chris an unexpected gift - his life back. Suddenly, Chris was forced to leave his couch.

“I gotta go be a member of society and participate, get the dog out, socialize,” Chris said. “Show off my cool dog to people. So it was definitely a turning point for me when I got that dog.”

Chris added another pet to his family, an emotional support dog named Jitano. But he was still struggling to keep a job. With no money for food, he turned to Wounded Warrior Homes for help.

“They just pretty much made sure I had all the supplies I needed. They said 'we can't help you here,' but then gave me the resources to get me housing and they gave me all the other stuff I needed to fill up my fridge to make sure I have food, that the dogs are good,” Chris said.

Knowing how his dogs helped turn his life around, Chris got a job at Shelter to Soldier - where rescue dogs are trained to help service members suffering from PTSD. It takes a lot of work to get a service dog prepared for its new role, but at Shelter to Soldier, they definitely understand the importance of the mission.

“I can see the good and I've been there,” said Chris. “So I can relate to our veterans.”

Chris said his PTSD has gotten him fired from jobs, but at his new workplace, his life experiences are understood and respected.

“It means so much to us to have veterans on board - supporting this mission at Shelter to Soldier,” said Graham Bloem, Chris’ boss.

Graham says more than 80% of his trainers have military experience. They're training dogs that will be donated for free to veterans suffering from PTSD.

Which brings us to an update on Buddy, whose training we've been following for over a year now. He’s progressing nicely and there's some exciting news - he may soon be paired with a veteran.

“He's had two dates and we've been dating multiple people and he's honing in on one... so things are getting more serious,” Graham said.

For Chris, that's what makes this job so special. He knows he's helping other veterans and that’s giving him purpose, stability, and the vision of a future he never could have imagined just a few years ago.

“Definitely in San Diego. With the beach and the dogs," he said. 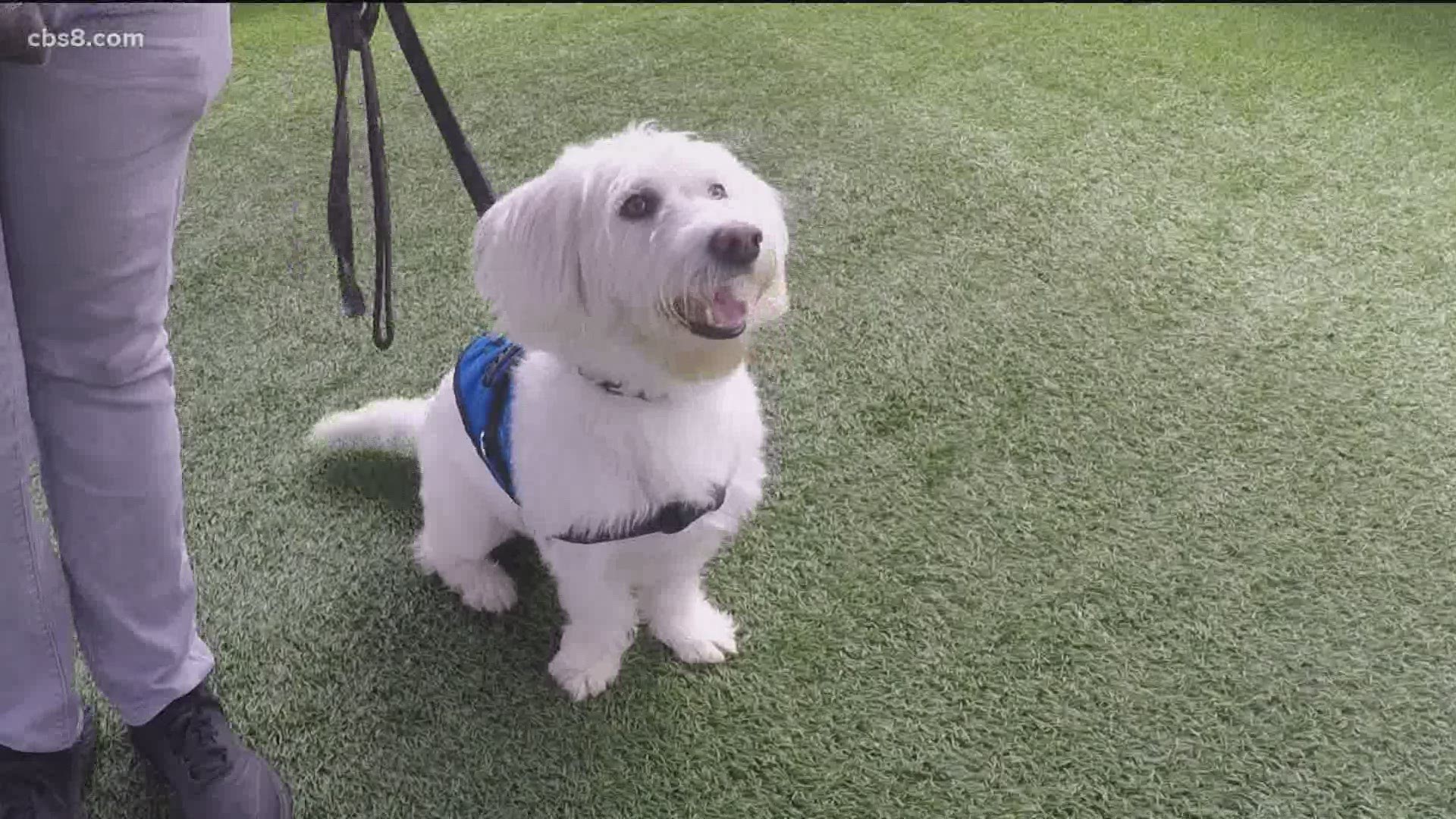 Find our more about Shelter to Soldier here.