News 8 has been following the journey of Buddy since 2019, a shelter dog training to help a veteran with PTSD. 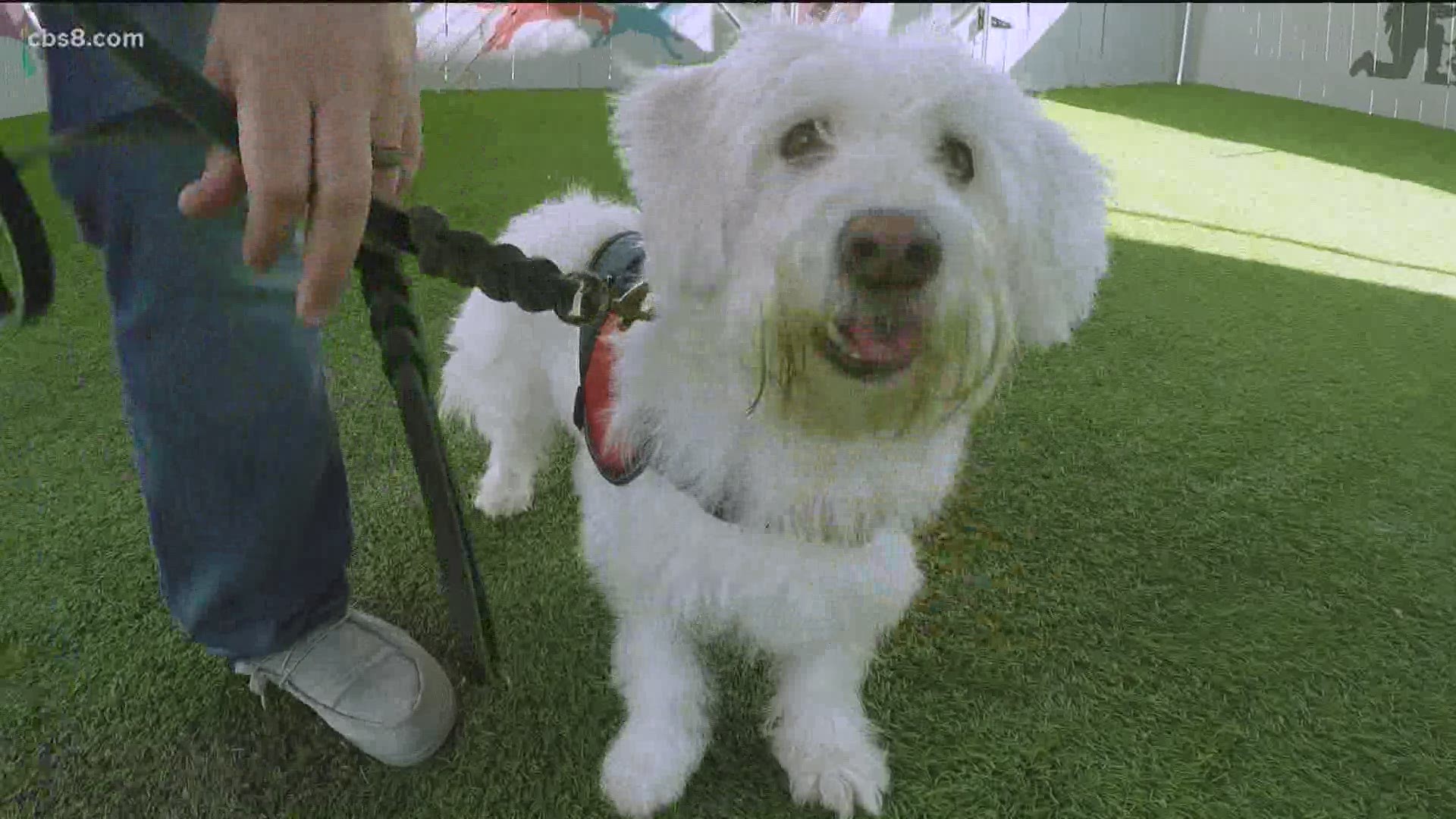 SAN DIEGO COUNTY, Calif. — The current stay-at-home order is greatly adding to the anxiety of many veterans' suffering from post-traumatic stress disorder.

“The financial toll, the job losses, [and] the stress,” said Graham Bloem from the nonprofit Shelter to Soldier. “There's been a lot of information shared by multiple foundations and programs doing research on veterans and how this is further impacting veterans, especially those that have a diagnosis of post-traumatic stress.”

Graham’s charity trains service dogs and then gives them to veterans, free of charge. Over the past several months, News 8 has been following the progress of Buddy, one of the dogs in the program. Buddy was rescued from a local animal shelter last summer and has been training to help a veteran in need.

Buddy was progressing right on schedule, but the current stay-at-home order has definitely caused him to take a few steps backward. He can’t be around crowds or in tight spaces with other people, which are key skills he needs to work on to be a great service dog.

“Buddy was at that point where the most important piece for him was real life distractions, new environments and take all of his awesome foundation work on vest out into the real world,” Graham said.

Unfortunately, Graham said Buddy's timeline for matching with a veteran suffering from PTSD has been pushed back, but his trainers have been doing their best to keep him as on track as possible.

Their dogs go to veterans who desperately need the companionship. Many don't want to leave their home, have tried to commit suicide, and experience horrific nightmares on a regular basis. Under the current conditions, all of the nonprofit's matching has been put on hold.

“We had veterans who were at the finish line. We had teams that were half way through, and we had teams that had just started, and all of them have communicated with us that this has been really difficult for them,” Graham said.

Shelter to Soldier is also feeling the stress of the situation. Many of their sponsors have had to cut back or cancel their regular contributions. Graham understands their situation and is thankful for the donations from individuals that have been extremely generous during this difficult time. The donations are allowing them to continue focusing on their mission – saving lives.

“Buddy brings joy and smiles everyday, so we look forward to the time he can do that for a veteran. We're not discouraged by the delays. We're more excited, I think, than anything," said Graham.

WHERE IT ALL BEGAN: 'Dog Tags': News 8 series will follow 'Buddy' from shelter dog to service animal for San Diego veterans