It's hard to believe, but just 6 months ago Buddy was in an animal shelter. Now, through Shelter to Soldier, he’s getting closer to changing a veteran’s life forever 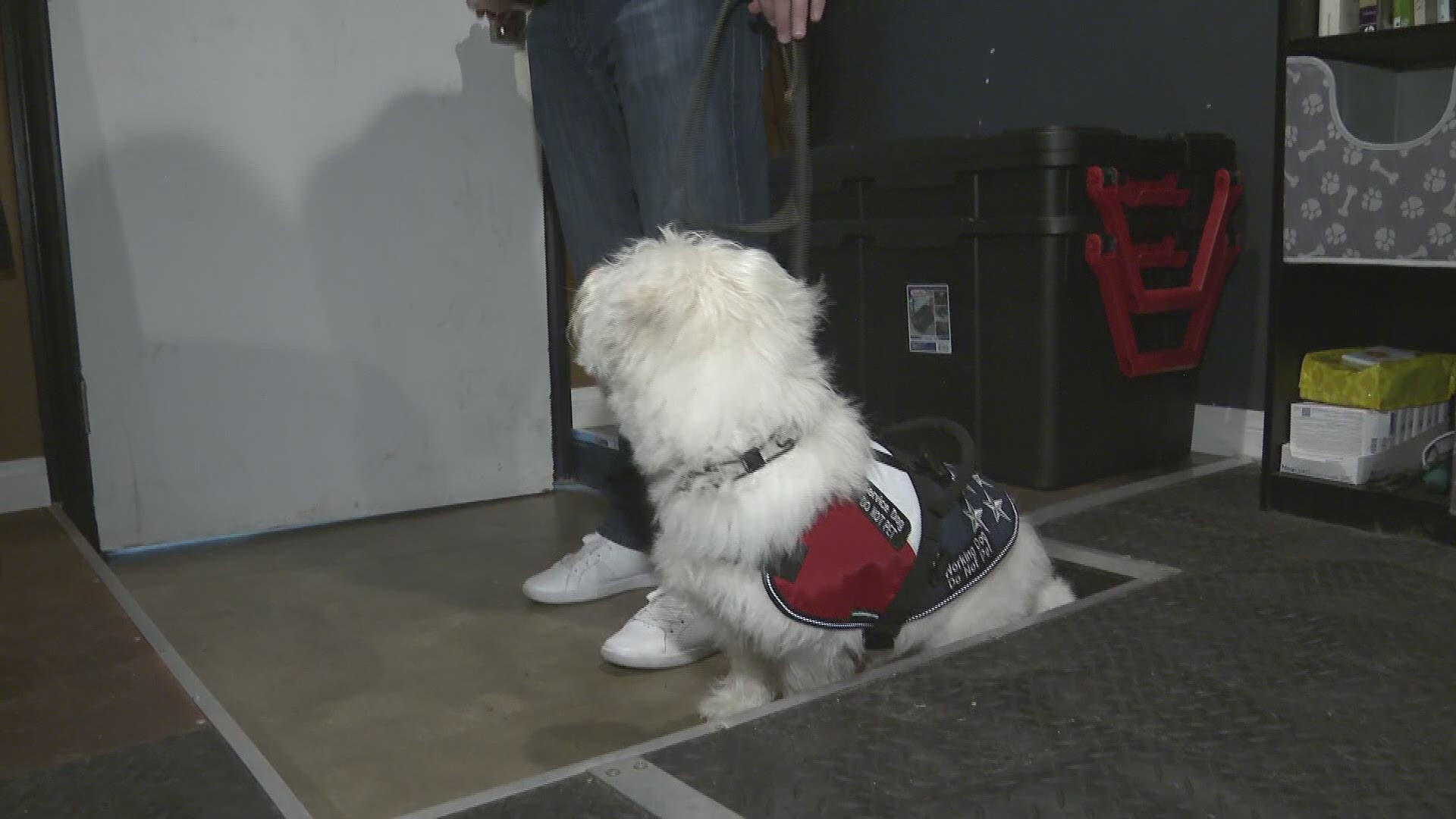 SAN DIEGO — We first introduced you to Buddy in July of 2019 when he was rescued from the El Cajon Animal Shelter. Over the past several months, nonprofit Shelter to Soldier trained the adorable terrier mix to become a service dog for a veteran suffering from PTSD. In this Dog Tags update, we find that after six months of hard work, Buddy has taken a big step forward in his training - he’s now proudly wearing a service dog vest!

“The big thing about being on vest is it tells him, and makes it really clear, that he's at work,” says Graham Bloem. “So the moment his vest goes on, his demeanor settles and he becomes more focused, more calm.”

It's hard to believe, but just six months ago Buddy was in an animal shelter. Now, through Shelter to Soldier, he’s getting closer to changing a veteran’s life forever.

“We're working with post-9/11 combat veterans that have been in very traumatic war zones,” says Bloem.

Many of these veterans don't ever want to leave their homes, have tried to commit suicide and experience regular, horrific nightmares.

“Going to sleep turns into an opportunity for your brain to start providing those really bad negative memories,” Bloem said.

Service dogs like Buddy are trained to sense when veterans are experiencing anxiety and, through touch and pressure, help calm them down.

“This is something Buddy just started working on,” Bloem said giving Buddy a hug. “He's very naturally good at it. He likes affection and he's good at disrupting behavior.”

Shelter to Soldier uses a mock studio apartment to work on skills dogs like Buddy will need every day to stay focused around distractions. We saw firsthand that Buddy still needs a little work with doorbells. His instinct is to run to the door and greet the person coming in, but his job calls for something different.

“Ultimately, he's working for one person and he's going to be a working service dog for one veteran in need, not every person that walks through the front door, and so he's learning that's his job," Bloem said.

But Buddy has learned a lot since our last visit - important skills, like staying under a table at restaurants.

“Going under tables when there's yummy food on top and being quiet and laying down, not greeting people at the door, ignoring dogs on walks, staying focused and engaged with his handler - it's a full-time gig, Bloem said.

Buddy seems to love learning the skills needed to be a successful service dog which explains why he's progressing faster than most dogs undergoing this training. In fact, he should be paired with a veteran very soon.

“Buddy's the man,” said Bloem. “He's so good at it naturally, so engaging and he's going to bring a smile to someone's face and that's the goal - more smiles, more happy moments.” 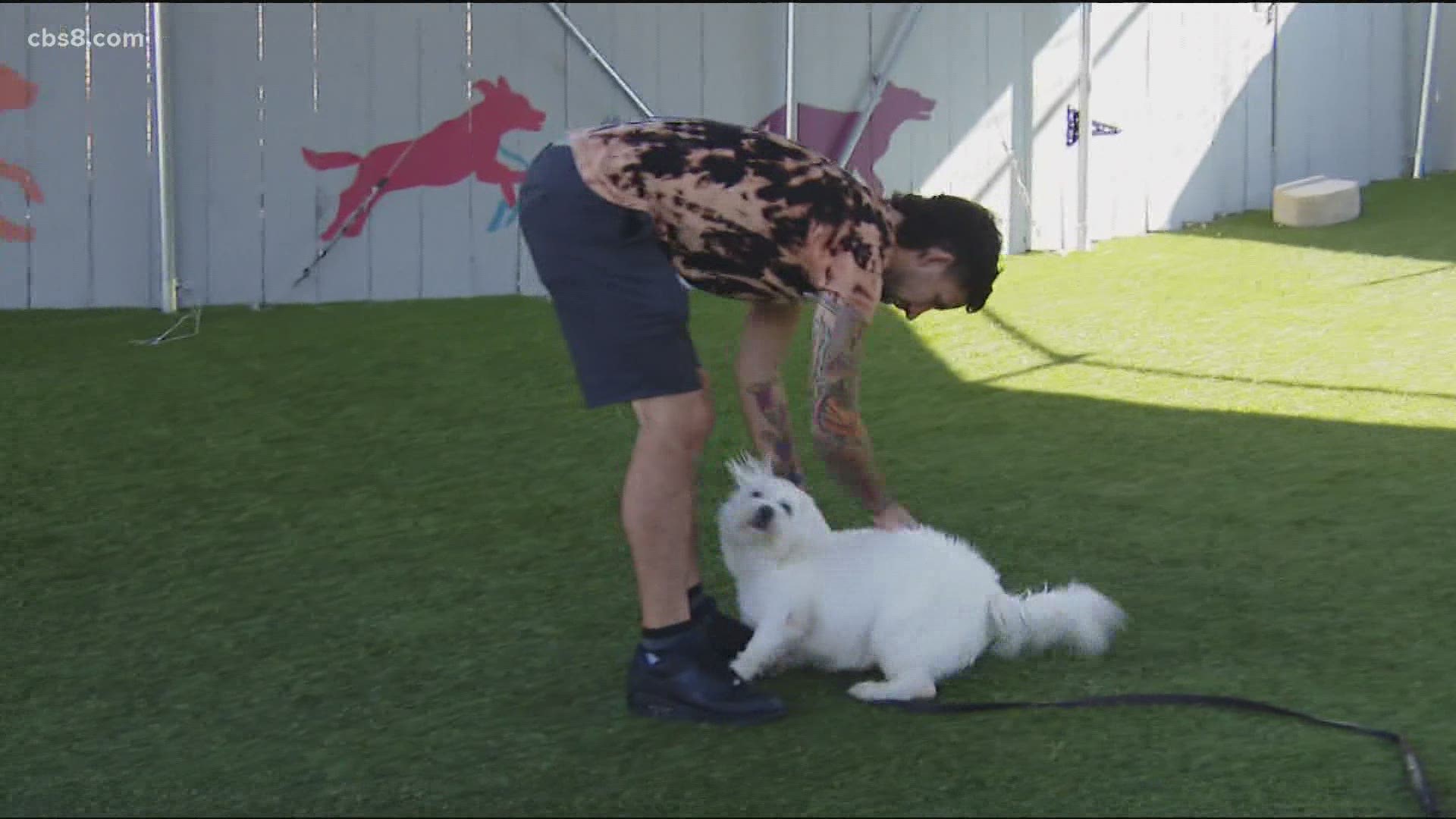