Dog Tags: Buddy looking for a veteran to love

We've been following along with Buddy, a shelter dog who is ready to give a veteran all the love in the world. 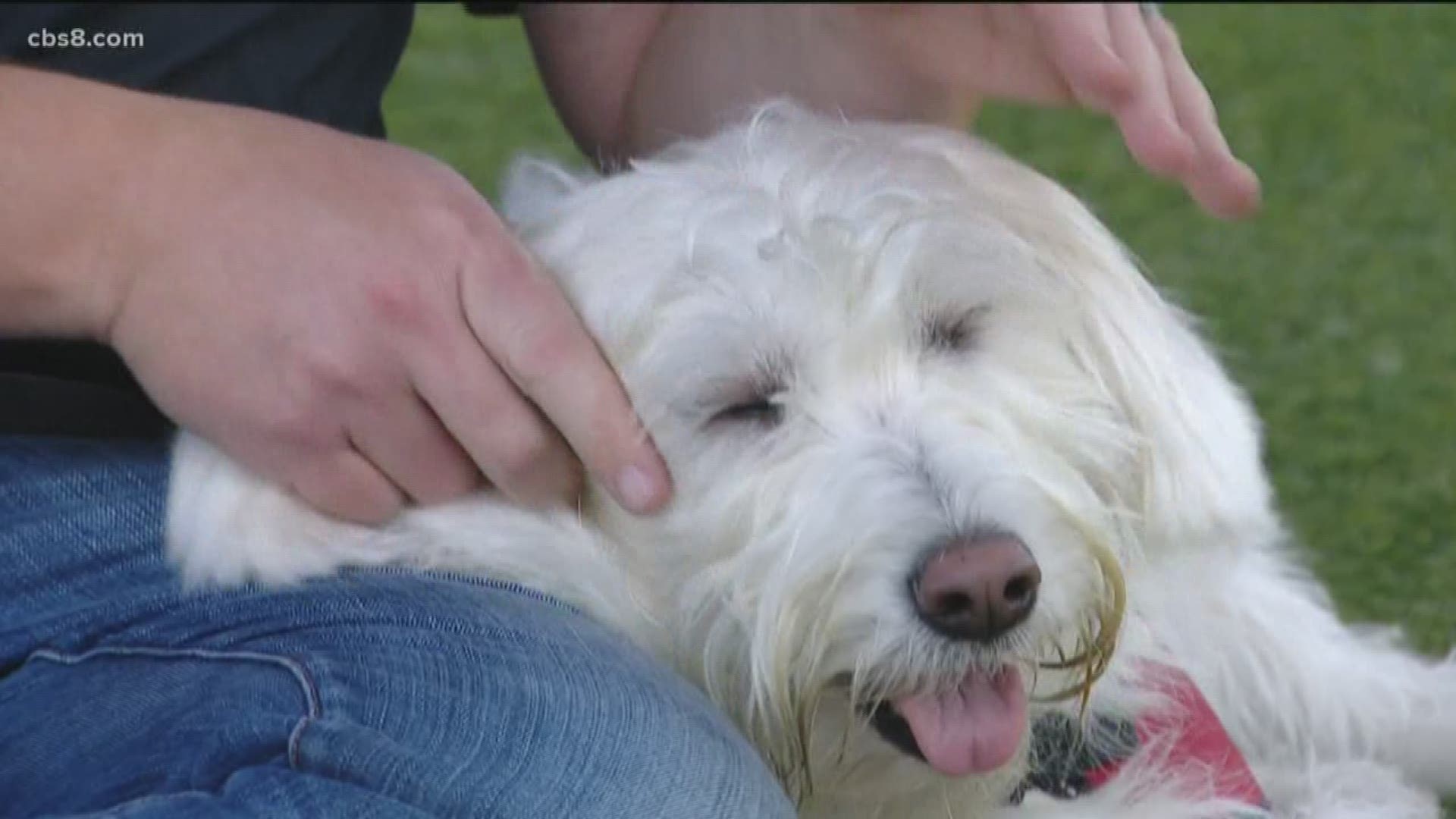 SAN DIEGO — Buddy, an adorable Westie mix, is continuing his journey from a local shelter to working as a service dog for a veteran suffering from PTSD. While he still has some training to complete, he is beginning to meet with veterans that are looking for that perfect match.

While Buddy aims to please and is ridiculously cute, he’s not perfect for everyone.

“It's lifestyle and personal needs,” Graham said. “Maybe it’s life experience - a similar dog from their upbringing or family member's dog that reminds them of something positive. You hear that a lot.”

“He came over and started licking my face,” Joseph said with a big smile.

But that wasn't Joseph's first day of speed dating. In fact, he met several dogs before Cheeto.

“So the first one was just really energetic - just really excited - [so] too high energy for me. I know my limits," said Joseph.

Joseph said other dogs were great, but they just didn’t have the right connection. Then Cheeto walked into the room, and his actions instantly sent Joseph a special message.

“I'm passionate about being here with you. I don't care about anything else. I'm just here with you - that's perfect," said Joseph.

Cheeto entered Joseph's life at the perfect time. In 2010, Joseph was an air traffic controller for the Marine Corps in Afghanistan. He was constantly a target.

“Being air traffic control, you're the highest obstacle on most of the bases," said Joseph.

Joseph returned home with a knee injury. He got the physical treatment he needed, but he hid the emotional pain that was tearing him up inside.

“I just kept isolating more and more," said Joseph. "Hey, I'll interact when I have to, but I minimize how much I'm around other people.”

“Biggest thing is just waking up every morning next to him and having him there licking my face, saying ‘Hey dad, let's get the day started,’” said Joseph.

As for Buddy, he’s has already gone on a few dates. There hasn't been a match yet, but Graham's not discouraged.

“In Joseph's case with Cheeto, he needed a tall, strong, robust dog to help with balance [and] support. Buddy's not going to be much of a help in that category, right?”

However, Buddy will be great for a veteran dealing with stress, nightmares and security issues in public. He hasn't found that perfect fit yet, but Graham knows it will happen and probably pretty soon.

“I'll be on a drive home and thinking about - gosh, this dog is going to change a person's life and it's necessary and really special," said Graham.