The turtle is believed to be one of a kind and will live out her days at Birch Aquarium due to issues with her hind flippers. 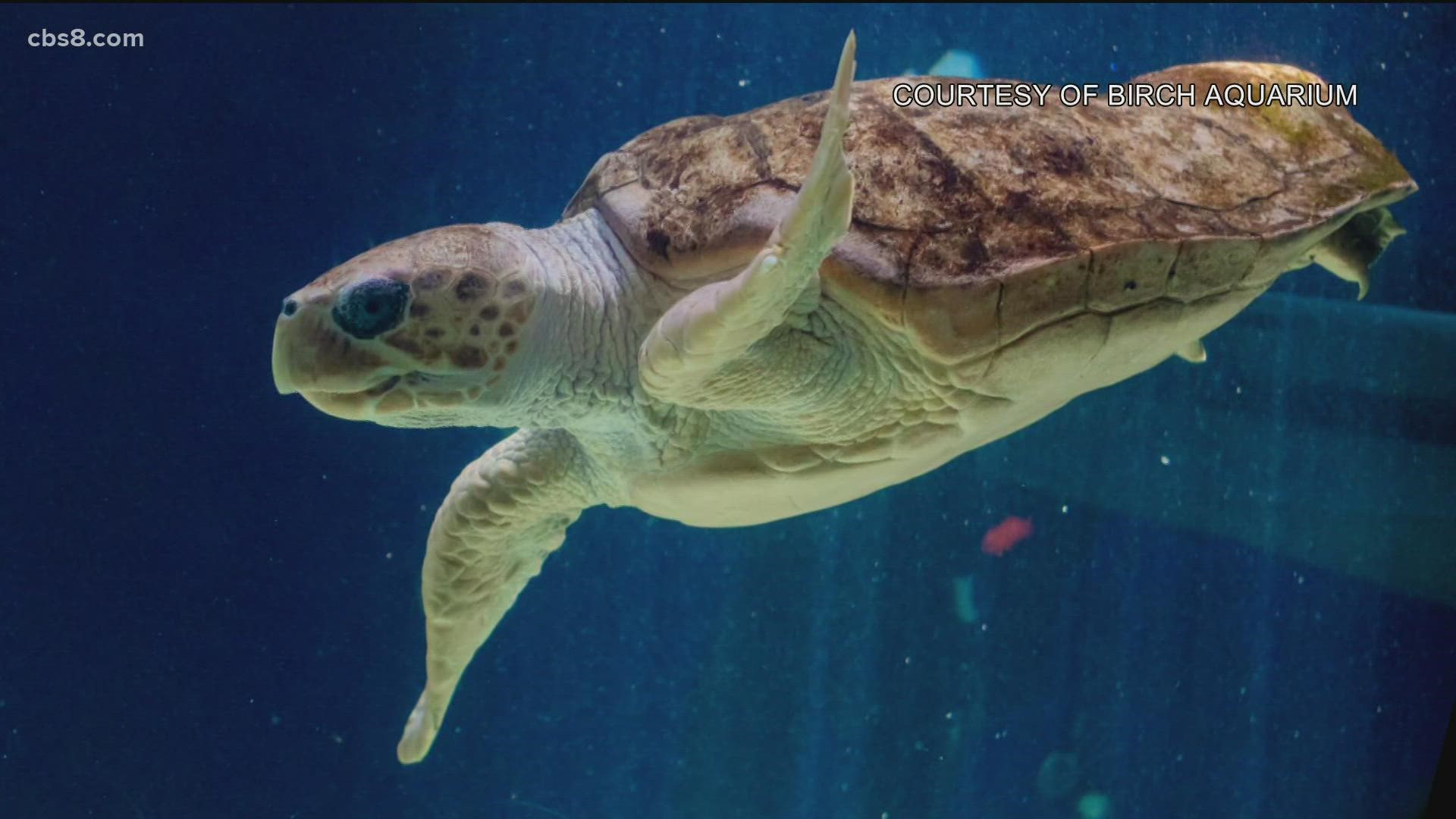 A turtle that lives in San Diego is believed to be the only one of its kind in the world, with a shell that was printed thanks to three-dimensional technology.

That was about five years ago.

Now, similar 3D technology is being used to scan the loggerhead. She has gone from 90 to 200 pounds, but she still has the same 3D-printed brace that goes on her shell made.

Aquarist Kaelie Spencer pointed out the marine safe epoxy that’s now covered in algae which is really the only way you’d know this turtle has a printed shell.

She also showed News 8 what the turtle’s flippers should look like but instead her hind flippers are tucked underneath her and she can’t move them. That's why she’ll live at the Birch Aquarium for the rest of her life - possibly another 75 years.

“She doesn’t have the muscle strength to go into the wild without those hind flippers,” said Spencer.

The turtle was rescued from a power plant in New Jersey where she was discovered to have scoliosis. Her spine forced her shell to grow into her reproductive organs so they replaced the piece known as a scute.

They carefully got the special turtle out of the water for her scan. By way of naturalists helping to guide her into a basket, they were then able to see how she is doing in a way that's never been done at Birch Aquarium before. It’s done using a structured blue light 3D scan by the Digital Media Lab at UC San Diego’s Geisel Library working with the UCLA Library.

“What's great about this technology that its allowing us to map how much she's growing and how much that scute might be shifting,” said Spencer.

The scan is quick its harmless and they covered her eyes to keep her calm.

“She often hides her head. You can see her whole body but if she hides her head she’ll think, ‘you can’t see me.’ Like a kid playing peek-a-boo,” Spencer said.

But on the scan, they can see her - all the grooves and curves that make her unique. And they were able to get her back in the water within about 20 - 30 minutes which is much quicker than taking her to a different facility for a CT scan.

The latest scan gets overlayed with her CT scan from a few years ago to check for growth and changes. What they discovered is the turtle is not yet growing out of her brace, which in this case is a good thing. The prosthetic still fits.

"We didn’t actually know. This is the first time it's been done so we’ve been very pleasantly surprised on how great it's stayed in place and how it's helped her,” said Spencer.

The 3D scans have been used on other sea life like coral, sharks’ jaws, egg sacs, birds, and they’re using it on sea stars and urchins too; creatures that are complex and fragile can still be studied and their images can be saved and shared in digital form.

"The 3D technology is mind-boggling,” Spencer said. “The possibilities are really endless.”

And they’ve proven to be life-saving for a one-of-a-kind turtle whose life started out with many challenges.

“It’s wonderful we were able to provide a forever home for her and give her a better quality of life by doing groundbreaking science,” said Spencer.