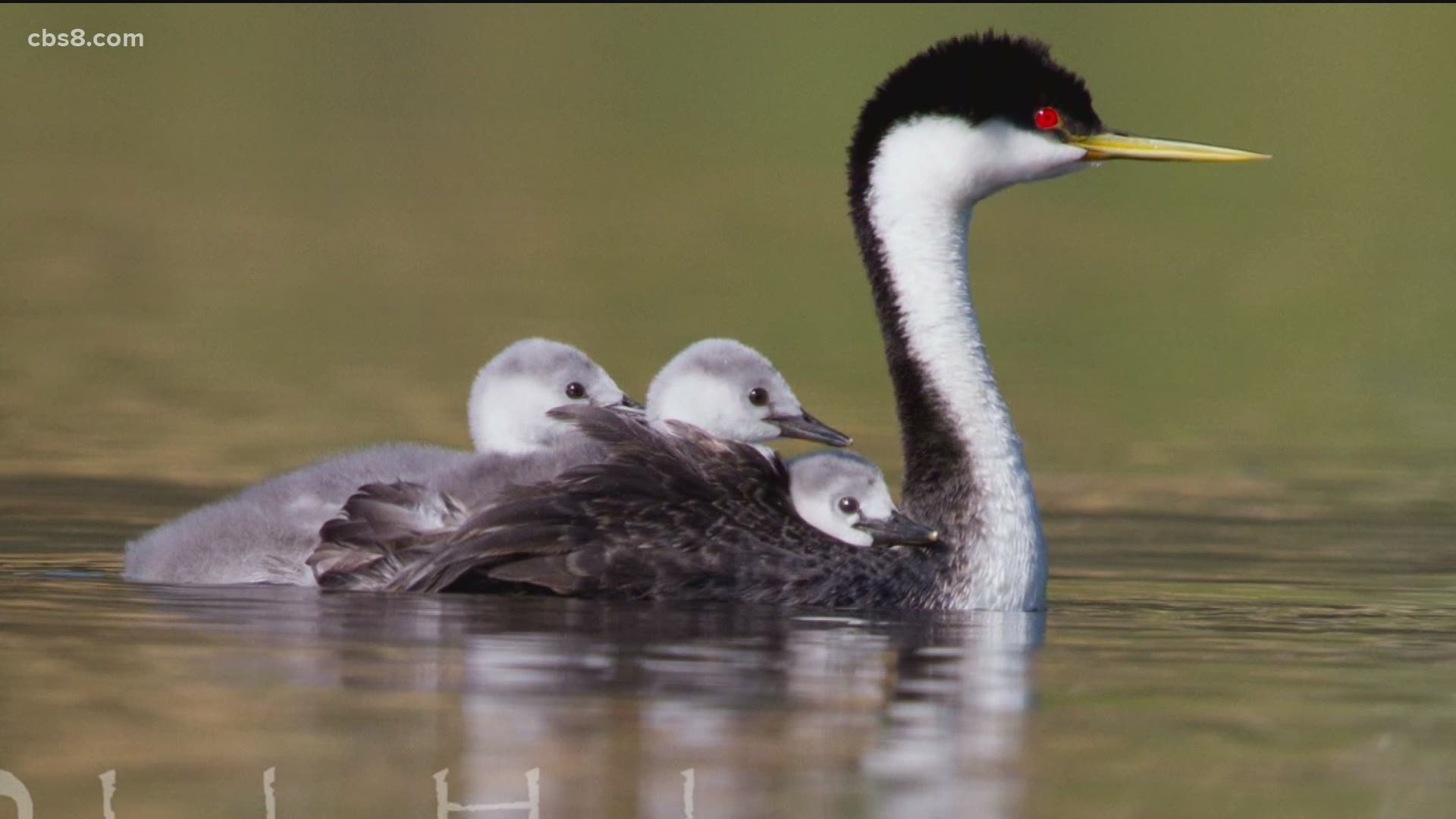 ESCONDIDO, Calif. — San Diego has over 500 different species of bird that migrate though or live here. One of the more unusual is Grebes.

"[They are] white birds with a black neck and head and very red eyes," said Brian Caldwell.

Caldwell is a naturalist that guides tours at Lake Hodges and said water level changes nesting.

"So, when the lake is high in the past, [there are] lots of nests. When the water is low, it tends to slow down," said Caldwell.

The water has been down.

"[In] 2019 there were 163 pairs with chicks on their backs, whereas last year, I spotted only a handful, half dozen at the most bird with chicks," said Caldwell.

The lower level of Hodges came about back in 2019 when the California Division of Safety of Dams inspected all dams after the near collapse of the Oroville dam and set a new height at the lake.

"The City of San Diego Water Utilities Department that runs the lake can no longer let the lake come 20 below the spill line," he said.

"Basically, a male and female will run across the water a fair distance and [it's] interesting to watch," said Caldwell.

It will take time for the lakes to adjust to this new level.

"At the moment, the way the vegetation is set up there's going to be a lack of grebes nesting," he said.

Will the grebes be able to adjust?

"With the water being more consistent the reservoir will start filling in different spots and the grebes will nest once again several years down the road," said Caldwell.