Soupfin sharks return to the CA coast every 3 years, new study reveals why

These mysterious creatures return to La Jolla pregnant every three years based on tracking tags, unlike leopard sharks which come back annually. 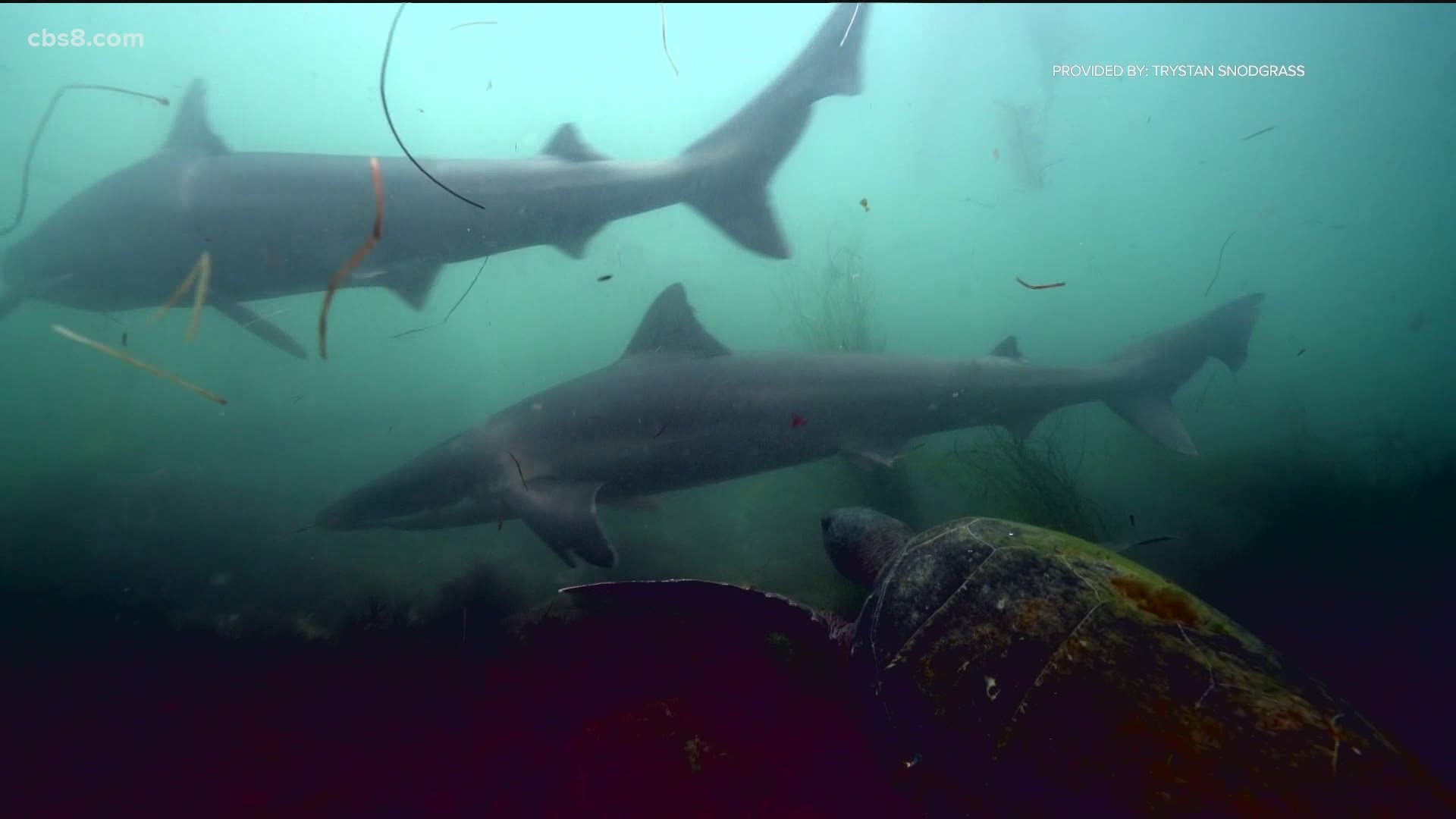 SAN DIEGO — Local researchers reveal interesting findings about soupfin sharks and why they come to the coast of San Diego.

La Jolla Shores is known as a nursery from many animals. At any given time there are tons of sharks and rays and most of them are pregnant. That’s because La Jolla’s coastline is considered warm and calm compared to other parts of the West Coast. In a 7-year long study, shark scientists have found that every three years the same soupfin sharks, some caring 40 to 50 pups, are coming back.

Believe it or not, one female soupfin shark could be carrying 40 to 50 pups. But what’s also remarkable is some of those pups likely have different “dads.” One female shark may have several male partners.

These mysterious creatures were tagged and tracked with acoustic technology for seven years and they return to La Jolla pregnant every three years, unlike leopard sharks which come back annually.

Dr. Andrew Nosal, a shark scientist at Scripps Institution of Oceanography and a professor at the University of San Diego, says this knowledge will help protect this critically endangered species. He says, “it’s very fortunate that pregnant Soupfins are spending so much time in La Jolla because that’s protected. But in many parts of the world the pregnant females are not protected.”

Dr. Nosal says managing these populations across the world is key, “ in many places we can manage fish population so fishing can occur. But we do so carefully based on the science. So we have those populations forever hopefully.”

In the 1940s and 50s these sharks were killed for their large livers which are rich with vitamin A. Now that we have synthetic vitamin a, the soupfin sharks are being left alone along the West Coast. And that’s why they are multiplying especially in San Diego’s marine protected zones.

And for anybody worried about the idea of sharks cruising San Diego’s coast, Dr. Nosal says “ it can be unsettling to hear that there are tons of sharks off our coast but almost all of them are completely harmless to people and we should be excited because that means our marine environment is healthy.”

The soupfin sharks usually arrive in April and they stick around through the fall. They move up north to the Central Coast and Bay Area where they birth their babies and find new partners. They have also been spotted further north near Washington and south off the coast of Baja California, Mexico. The populations are also seen in South America, Australia, New Zealand, South Africa, and Europe.