She Fest among first San Diego Pride events of the month

Last year, everything was virtual so many people are happy to be out in person at what's described as, mini-events throughout the region. 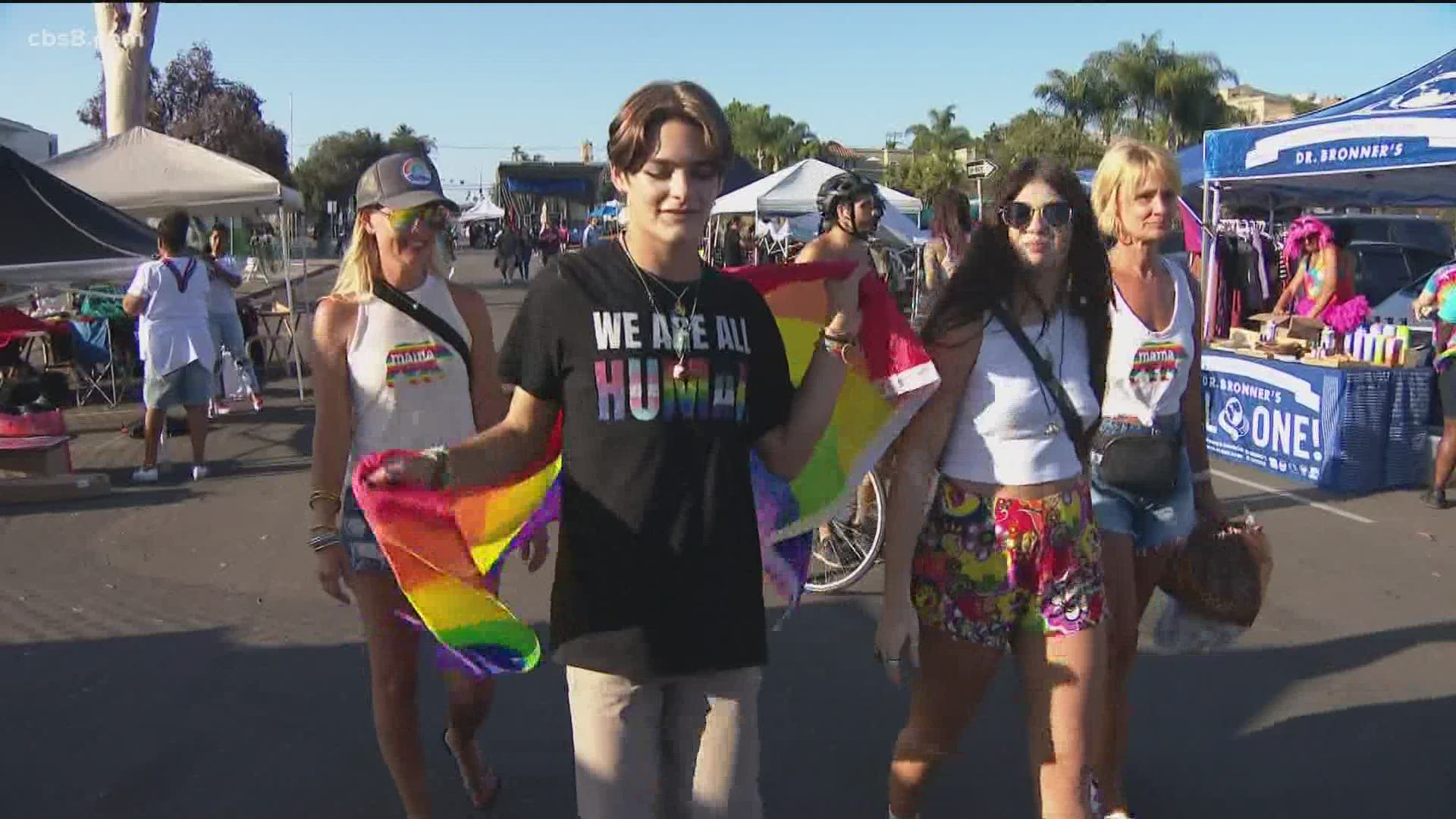 SAN DIEGO COUNTY, Calif. — It's Pride month here in San Diego, and it's a year-long event in the region. There will be events every day through July 18.

Saturday was She Fest highlighting the LGBTQ+ women and non-binary folks.

She Fest is normally at North Park, organizers wanted to bring it to Hillcrest and said they were expecting more of a crowd this year round.

Last year, everything was virtual so many people are happy to be out in person at what's described as, mini-events throughout the region.

Planning was a bit hard to do, according to Executive Director of San Diego Pride Fernando Lopez, the uncertainty with COVID variants and guidelines made it hard to figure out how this year was going to turn out.

Luckily Lopez said they were able to celebrate in person.

This year Pride is a hybrid celebration both virtual streaming and in person, and Lopez said the goal is to bring everyone out, raise awareness, and bring awareness to the issue of equal rights for the LGBTQ+ community.

"I think there is a misconception [that] LGBTQ+ folks are equal under the law in this country and [what] the reality is. So this Sunday we're going to take to the streets we're going to march, we're going to protest, we're going to call for the passage of the Equality Act, so we can finally have equal footing, equal legal protection under the United States," said Lopez.

Sunday a protest march will take place from Balboa Park to Hillcrest instead of the Pride parade. More information can be found on their website here.