It’s all part of a program senior students participate in, when parking spaces are auctioned off to raise funds for school programs. 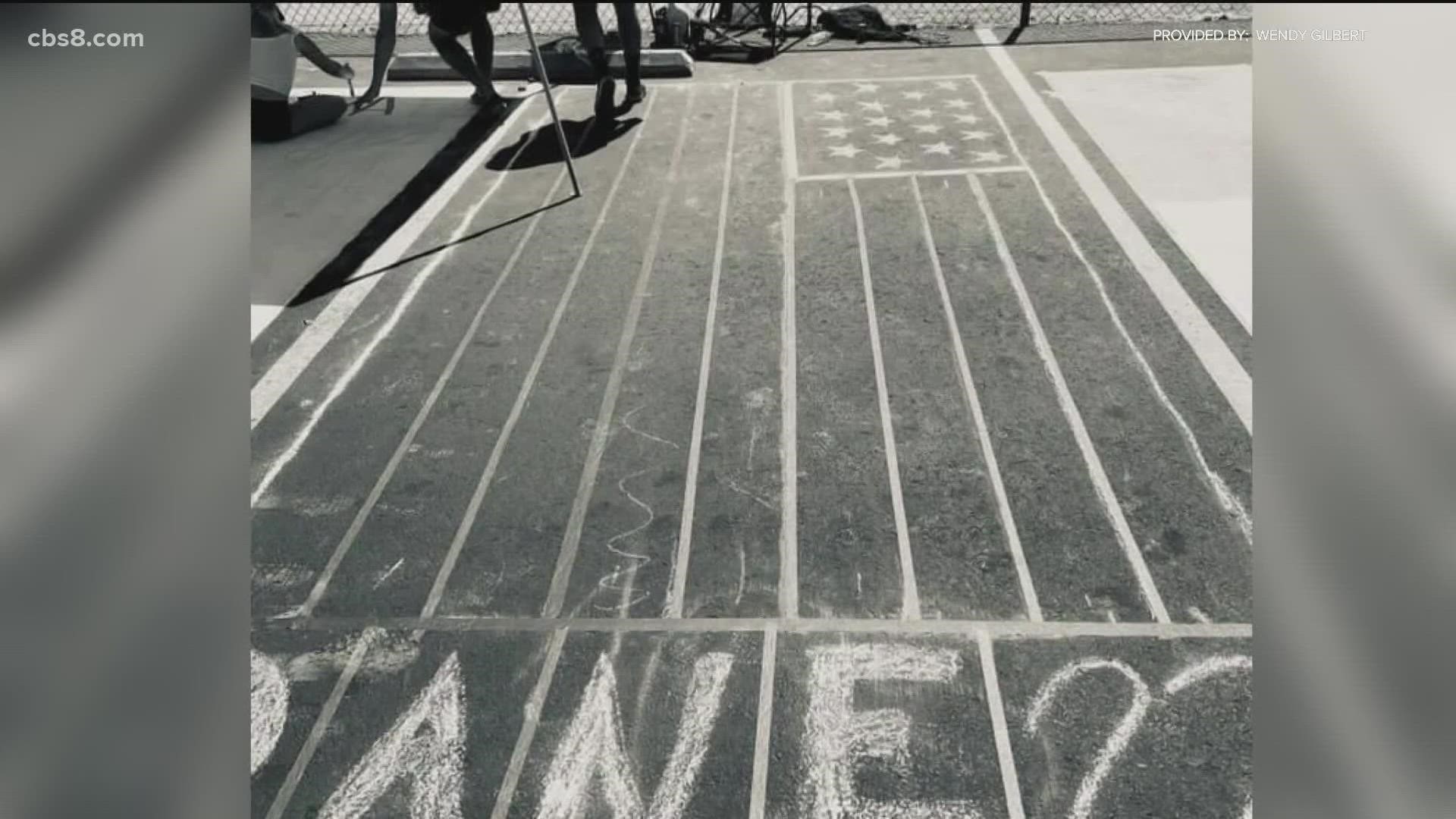 SAN DIEGO COUNTY, Calif — It was a patriotic project that got off to a rough start, but in the end, brought a local community a little closer together.

It all started when a group of students at Granite Hills High School wanted to paint American flags on their parking spaces.

"I wanted to do an American flag because I love representing my country,” said Granite Hills High School senior Dane Gilbert. “I love my country, and red, white and blue are my favorite colors."

It’s all part of a program senior students participate in when parking spaces are auctioned off to raise funds for school programs. An average parking space may go for $300 or $400, and once approved, seniors are allowed to paint designs on their spaces.

At first, Dane's American flag design was denied approval along with five other students with similar designs.

"I got pretty upset about it because I love my country and I like to represent it everywhere I can," said Dane. "They said, wait on it because of flag code and other veterans in the school were not liking that the flag was on the ground."

When Dane's mom, Wendy, heard the news, she wasn't at all happy.

"Immediate anger set in and it wasn't a good conversation, I can tell you that,” said Wendy Gilbert. “No American citizen or anybody should have to ask permission to show their patriotism in this country."

She took to social media and her post went viral with a lot of comments and 345 shares.

"This flag means freedom and nobody can take that away from us," said Wendy.

The Grossmont Union High School District reached out to the local VFW in El Cajon to consult their perspectives as veterans on the flag being painted on the ground.

"I told her immediately that I didn't have any disagreement with it," said Tom Dorsey with the VFW Post 2275 in El Cajon. "I thought it was great that there are six young patriots out at Granite Hills High School that are proud to display the American flag."

Dorsey is a chaplain at the VFW post in El Cajon. For him, the flag carries great meaning.

"It means everything,” said Dorsey. “When I was in Vietnam, as long as that flag was flying, we were fighting. If there was no flag up there, we were goners, so yea, it means a lot to me."

With no objections from the VFW, Principal Fowler notified parents Monday that their American flag designs could move forward. Dane received the news on his birthday.

"Oh it was great,” said Dane. “On my birthday and it was a great birthday present."

"It's a blessing and now we're ready to paint," said Wendy.