It is unclear how much power the commission would actually have to hold police accountable. 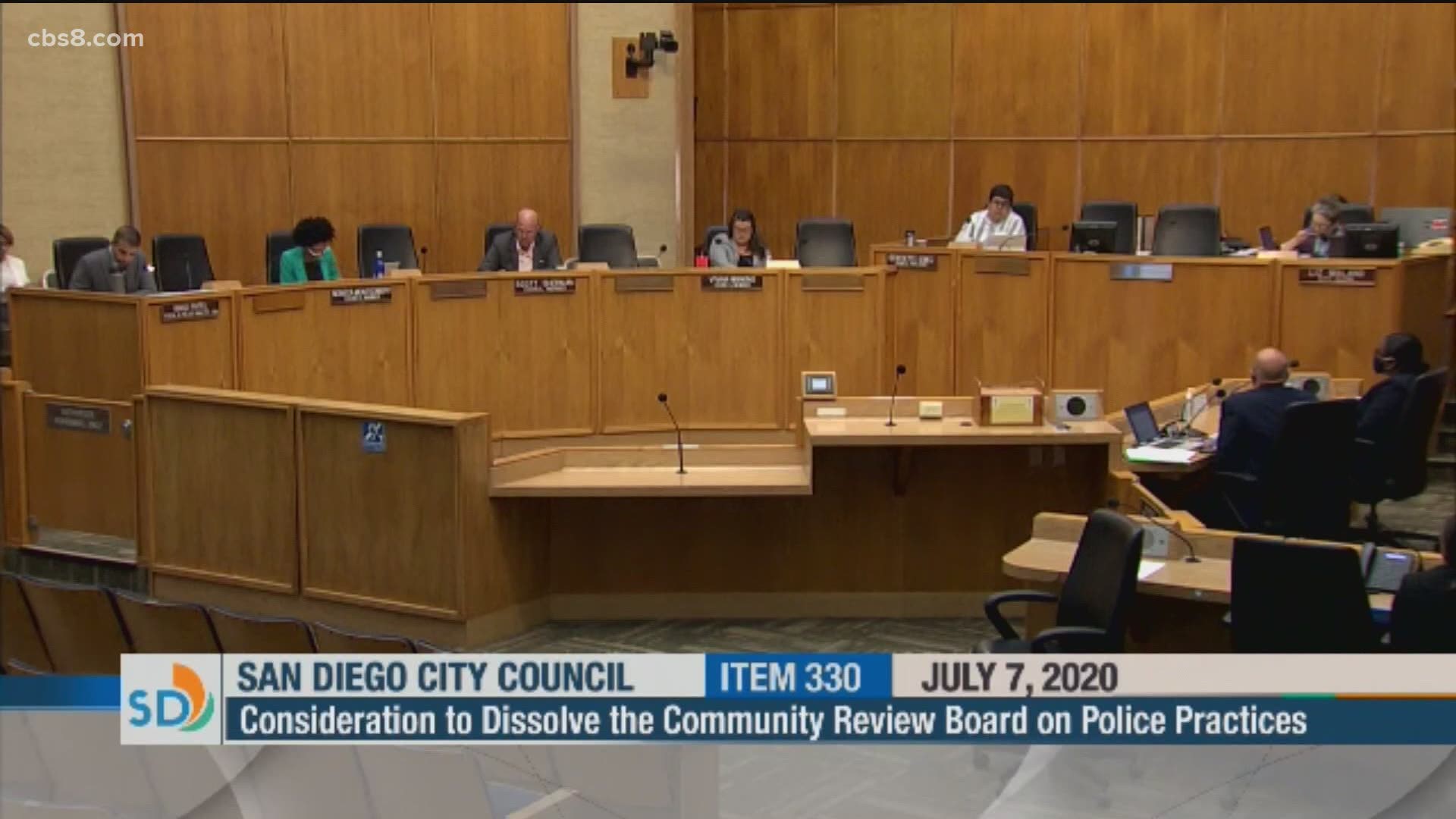 If approved on Nov. 3, the measure would dissolve the Community Review Board on Police Practices and establish the independent commission, which would investigate public complaints regarding police officers, officer-involved shootings and any deaths while a person is in the custody of the San Diego Police Department.

The commission would also have subpoena power and would investigate allegations of dishonesty involving police officers and incidents showcasing a pattern of misconduct from individual or groups of police officers. The panel would operate independently of the police department and the mayor's office.

Councilwoman Monica Montgomery, who has spearheaded efforts to reform the SDPD since she was took office in 2018, said the vote to put the measure before voters is the first step toward real reform.

"For far too long there has been a lack of clarity about oversight of policing in San Diego. The current board lacks the authority and the resources necessary to demand accountability," Montgomery said.

"The creation of an independent community-led oversight commission is long overdue," she said. "By establishing this commission, we can begin to re-imagine public safety and can ensure that officers are more responsive to the communities that they serve and protect. San Diegans are ready to be heard, and I applaud this council for giving our residents the opportunity to vote for this groundbreaking measure this fall."

The proposed commission would not investigate if the person filing a complaint did not want it to, if there is no specific action to investigate or if no specific police officer is named in the complaint.

"This is a critical first step to ensure the city has the infrastructure to place to have accountability," said Councilwoman Vivian Moreno. "This is not the end of police reform, this is just the beginning."

More than 115 members of the community and representatives for organizations such as the NAACP, ACLU and Climate Action Campaign called in during the public comment period, the vast majority of them in support.

"I'm hoping it gets wide support," said Will Moore, a District council candidate who called in. "We've seen a broad array of citizens calling in today, and I look forward to implementing a robust version of this commission when it passes."

Though the decision to place the measure on the ballot follows widespread protests against police brutality triggered by the in-custody death of George Floyd in Minneapolis, the commission was first proposed last summer by Andrea St. Julian on behalf of Women Occupy San Diego.

St. Julian recalled the violent arrest of Occupy protester Stephanie Jennings in January 2012, and how when Jennings went to the Citizen's Review Board on Police Practices to file a complaint, she found bureaucratic red tape and ultimately no remedy for her complaint.

St. Julian, president of the Earl B. Gilliam Bar Association -- an organization whose mission is "advancing the political, economic, educational, social, legislative and legal interests of the African-American community in San Diego County" -- was instrumental in getting the amendment in front of the council.

"All of us at San Diegans for Justice are grateful for the leadership of Councilmember Monica Montgomery and Council President Georgette Gomez. We want to thank our partners at Women Occupy San Diego, Mid-City CAN Youth Council and Earl B. Gilliam Bar Association for the decades of work they have put into this proposal collectively," St. Julian and San Diegans for Justice Co-Chair Maresa Martin Talbert said in a joint statement. "Our deepest gratitude goes towards the community members who have stood by us and are fighting every day for a better and more equitable world."

Councilman Chris Ward said while he appreciated the work of the volunteers on the existing Community Review Board on Police Practices, the limitations of that board made accountability difficult.

"This was a monumental achievement for San Diego, but existing structural issues still exist and must be addressed," Ward said. "I look forward to working with the community to ensure trust is built between all San Diegans and public safety officials."