Under current laws, felons aren't prevented from buying all the parts needed to make a gun. 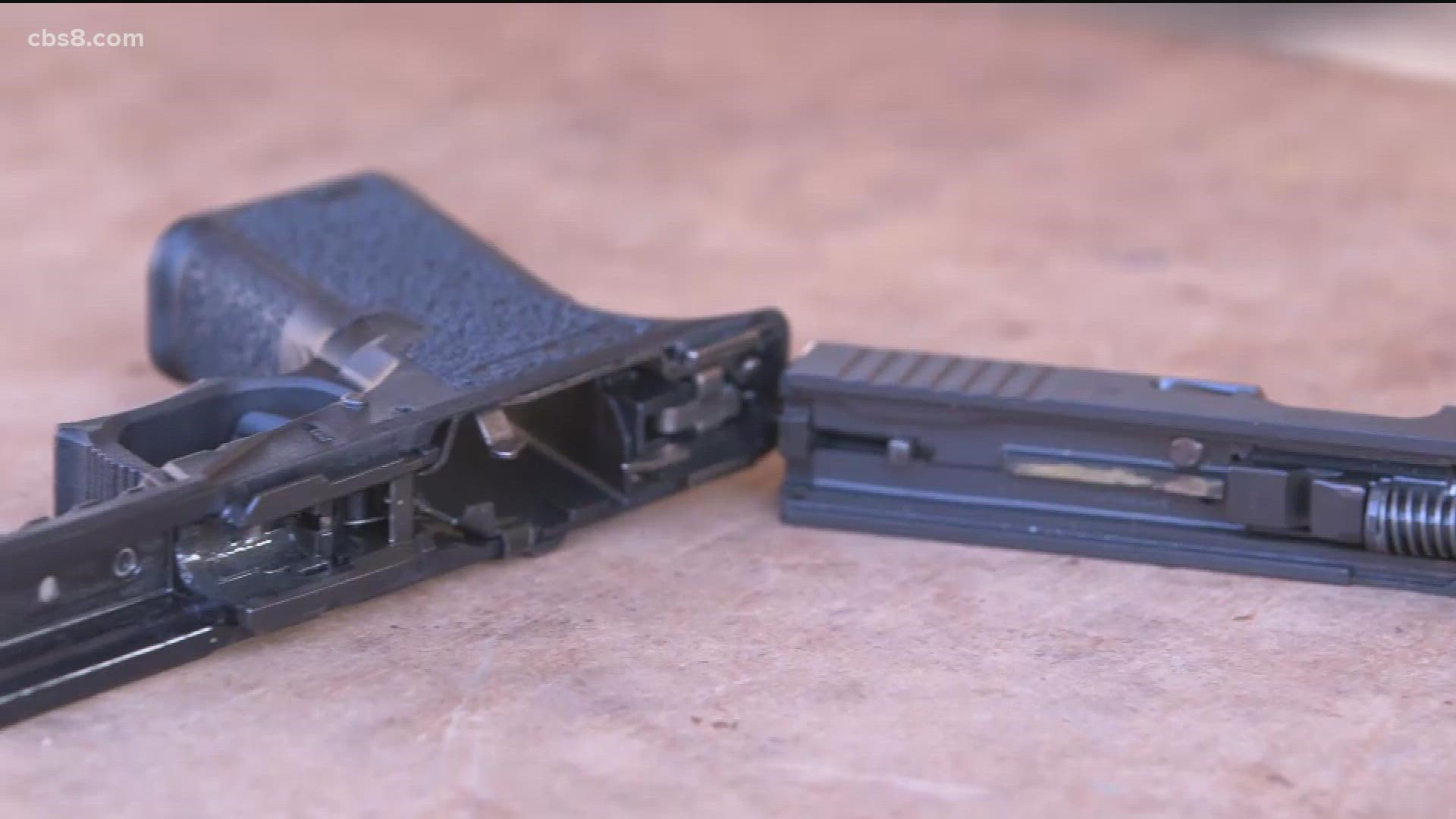 SAN DIEGO — The San Diego City Council Monday passed an ordinance intended to crack down on firearms without individual serial numbers -- so called "ghost guns" -- and work to combat their proliferation on the streets. San Diego police say they confiscated an average of four ghost guns a month is 2018, but this year, they are averaging 36 a month.  They also say they’re seeing these untraceable guns used more and more in shootings around the city.

The ordinance was introduced after an April 22 shooting that killed a man outside a hotel in the Gaslamp Quarter, in which a ghost gun was used. The suspect, a convicted felon prohibited from owning firearms, also shot and wounded several other people nearby before being tackled by bystanders and arrested.

“Ghost guns undermine all of our federal and state gun safety laws by getting around background checks that prevent people that are not supposed to have firearms from obtaining them,” said City Councilwoman Marni von Wilpert. “This includes violent criminals, domestic abusers, individuals suffering from mental illness and terrorists.”

Under current laws, felons aren't prevented from buying all the parts needed to make a gun. The parts can easily be found on the internet and shipped to your house - even if you're under 18. “As a minor at the time, I purchased all the parts of a ghost gun kit that were shipped directly to my house and we've documented the whole process and the craziest part about it - it was all completely legal,” said Stephan Abrams, Executive Council for Team ENOUGH.

San Diego police say ghost guns that cost less than $600 to make usually sell for around $1,000 on the street. The new ordinance needs a second vote next month and is expected to go into effect sometime in the fall. Those violating the ordinance would be charged with a misdemeanor.