“Allowing people to live unsafely on the streets is not OK," said the city council president. 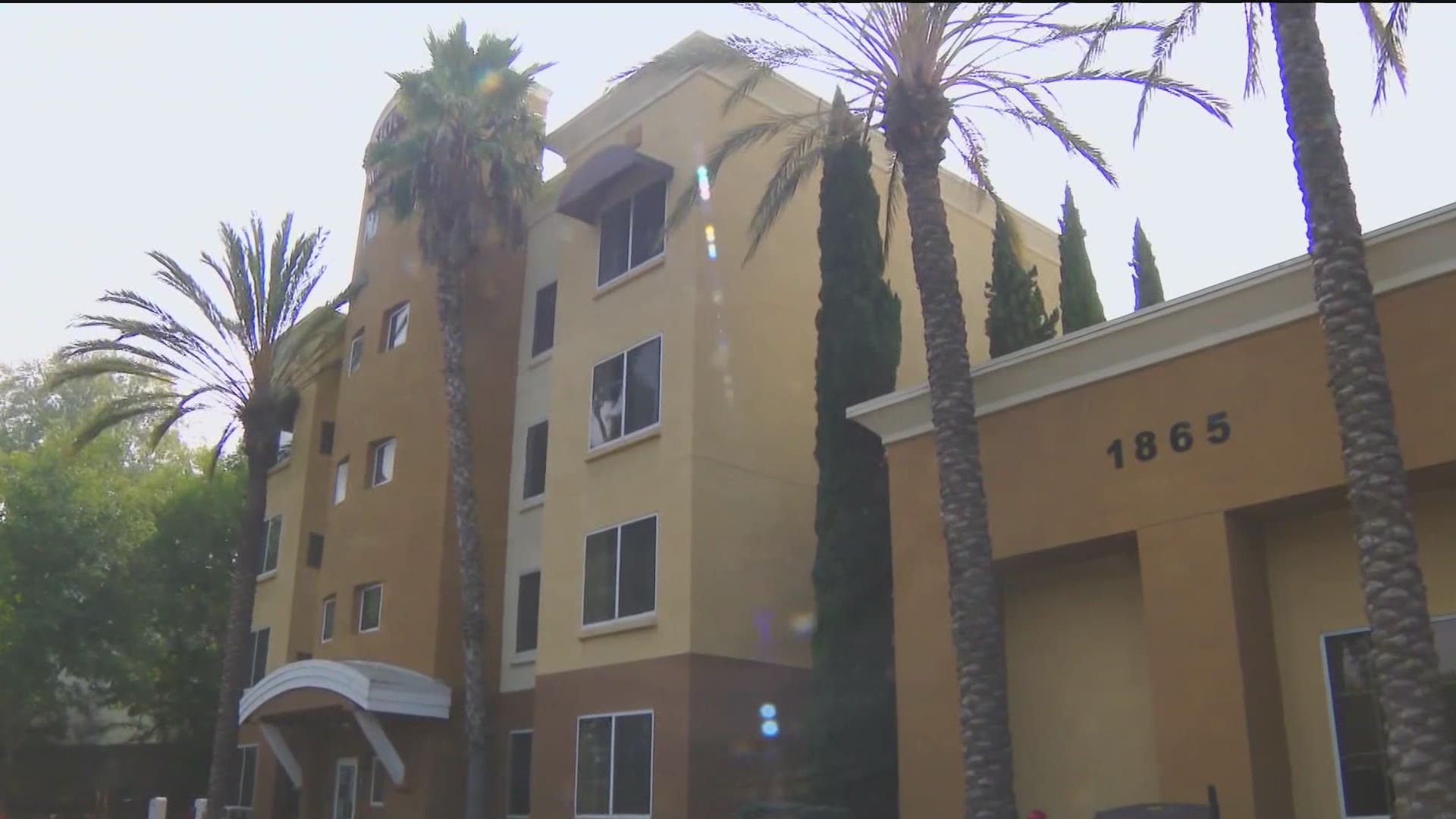 "Allowing people to live unsafely on the streets is not OK," City Council President Georgette Gomez said. "Today, the council took a huge leap forward by creating 332 new apartments with supportive services for more than 400 of our unsheltered neighbors. Everyone has a right to live in their own home with dignity and hope for the future. There is much more work to do, but we are on the right path."

Included in the deals were one-year contracts to provide residents at these properties on-site supportive services from experienced service providers -- a more than $2 million contract with Father Joe's Villages for the Kearny Mesa property and a $2.8 million contract for People Assisting the Homeless for the Hotel Circle property.

"By converting these hotels into housing and continuing to navigate folks into other types of long-term housing, San Diego will continue to be a statewide model as we focus on proven solutions that have reduced homelessness in our community," said Mayor Kevin Faulconer, who -- along with the San Diego Housing Commission -- was one of the key figures pushing the projects.

Many of the people who could call the former hotels home by as soon as December have been staying with Operation Shelter To Home, a collaborative project began by the city and homelessness service providers in April to manage more than 1,000 people experiencing homelessness at the San Diego Convention Center during the COVID-19 pandemic. According to city data, it has already helped find permanent housing for more than 660 people.

According to Faulconer's office, the two hotel properties would require minimal work before they would become available for habitation. The San Diego Housing Commission reviewed more than 29 properties before advocating for the purchase of the Hotel Circle and Kearny Mesa Residence Inn properties. The Hotel Circle property was built in 2003 and the Kearny Mesa property was built in 1990 and underwent a renovation in 2013. The furnishings at the properties are in "good condition" and are included with the purchase, Faulconer said.

“I applaud Council’s decision to approve the purchase of two hotel properties, and around 330 affordable rental units, as part of the state’s Project Homekey program,” said Councilmember Chris Ward, the immediate past Chair of the Regional Task Force on the Homeless. “This action is a testament to San Diego’s commitment to best practices and the safety of our most vulnerable neighbors. Also, the procurement of these two properties is another step forward in developing a homelessness system that is person-centered and focused on creating housing opportunities that are affordable for all San Diegans.”

While the council was unanimous in its approval of the projects, many public callers at Tuesday's City Council meeting were adamant that the project was a good thing, just in the wrong place.

One woman, a nearby resident of the Kearny Mesa project, said it would diminish home values for neighbors. She said she was in favor of helping the vulnerable, but not at the expense of people who were "not rich."

Councilman Scott Sherman tried to alleviate some of those concerns, confirming that neither project would offer its services to non-residents.

Gomez too offered some words to those nearby residents concerned about safety and home values.

"We are going to manage this in a responsible way," she said. "These are humans. This is a human issue. Just like any of us, having housing, a roof over our heads, can create stability. We need to not react from a place of fear."

Funding for the purchase of these hotels includes $37.7 million from California's Project Homekey program, which requires the funds be spent before the end of the year.

The City Council also voted Tuesday to extend Operation Shelter to Home through December, providing more than 1,000 San Diegans a place to stay until the hotel properties are ready and the city's bridge shelters can reopen.

In June, the City Council approved funding for the project through October. Last week, the council's Public Safety and Livable Neighborhoods Committee unanimously approved the allocation of approximately $4.8 million in Federal Coronavirus Aid, Relief, and Economic Security Act funding to extend operations at the Convention Center through December.

Theoretically, this would align the end of convention center shelter operations with the anticipated opening of the two former hotel properties.

One of those smaller shelters was approved for expansion last week. The City Council approved an amendment Tuesday to the operating agreement with Father Joe's Villages for one of the city's bridge shelters, which is located at Golden Hall.

San Diego saw a reduction in homelessness in 2019 and another 6% reduction year-over-year in the 2020 Point-In-Time Count. 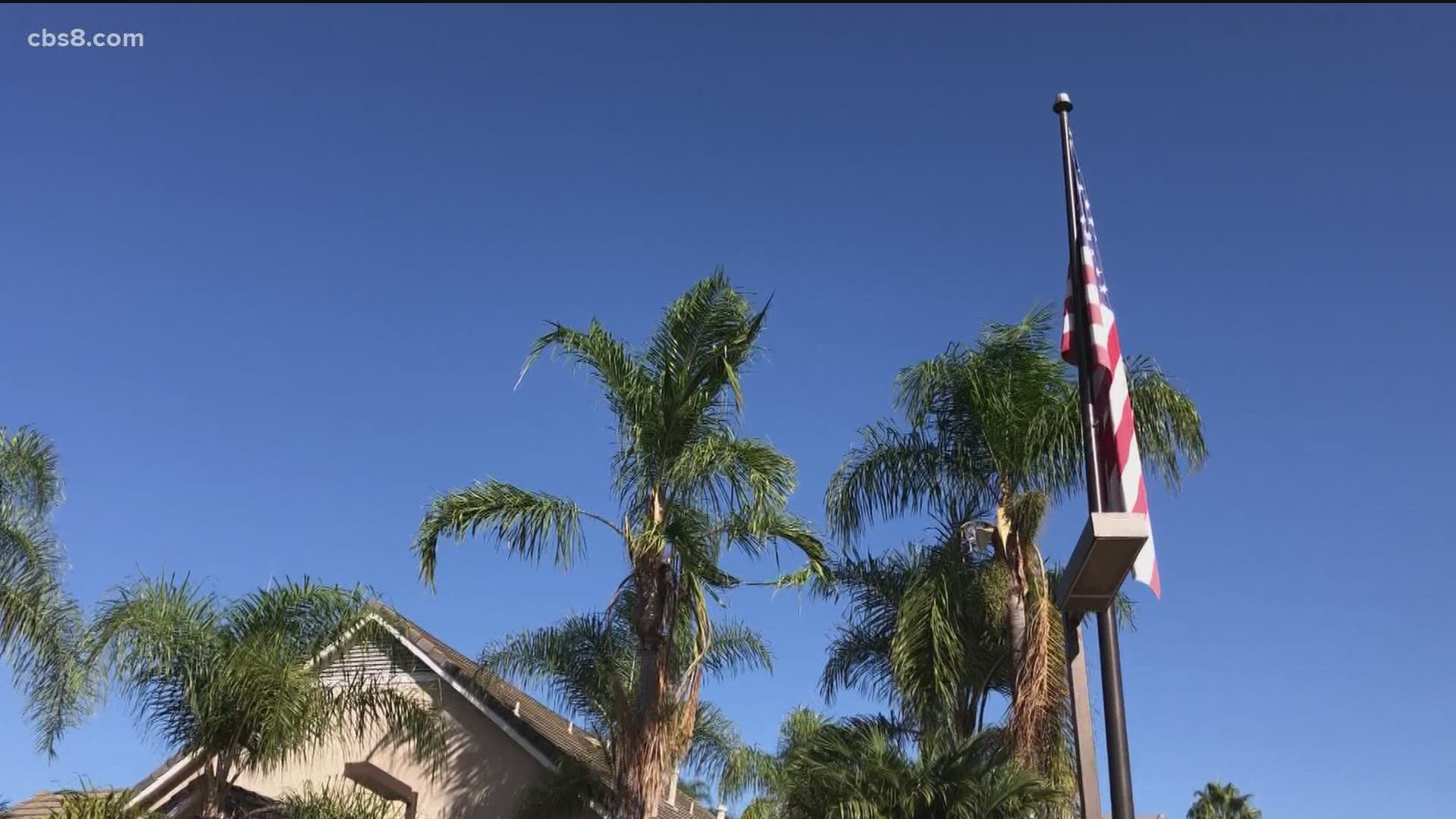