The convention center was turned into an emergency homeless shelter on April 1 in response to the COVID-19 pandemic with 1,200 people staying there. 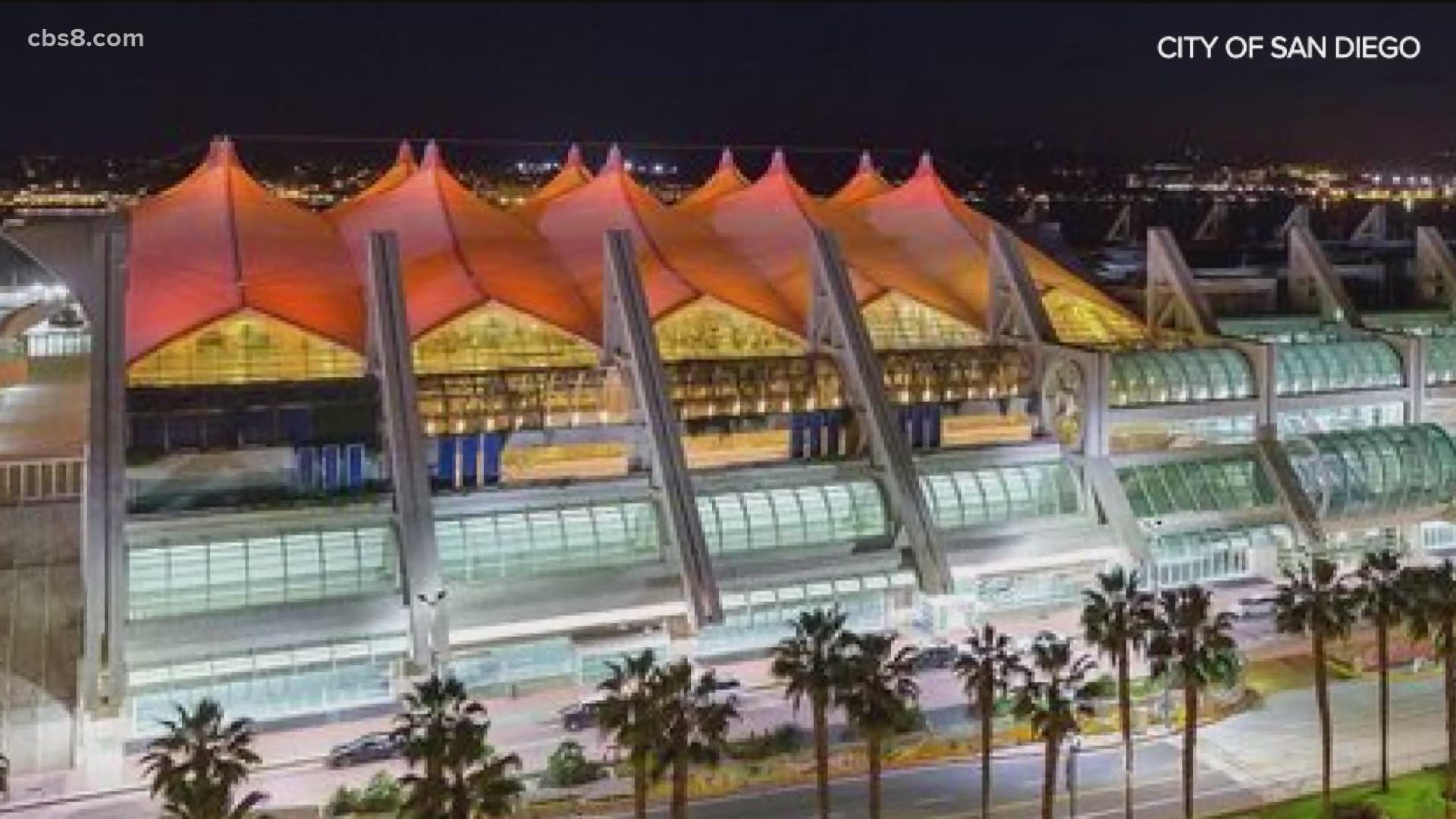 "San Diego has made great strides over the past few years to invest in solutions that get people into safe, sanitary conditions and on a path to a permanent home," the mayor said. "We continue to make progress during this pandemic with 600 people and counting getting housed through Operation Shelter to Home."

The convention center was turned into an emergency homeless shelter on April 1 with 1,200 people staying there. When stay-at-home orders were put in place at the beginning of the coronavirus pandemic, San Diego city leaders rushed to open the shelter where people could be spread apart keeping beds at least six feet from each other.

"The convention center has been a godsend," said Deacon Jim Vargas with Father Joe's Villages. "It’s allowed us to get them off streets, getting them in high sanitation because it’s not safe especially with COVID."

Vargas said they have done 4,000 COVID tests and thousands more symptom screenings at the convention center with just 1% of tests being positive.

He's also proud of what else the shelter has done for San Diegans experiencing homelessness.

The city announced they will keep the convention center open for the homeless through mid-December then 600 beds will be open at Golden Hall with other bridge shelters and motels available.

This would eventually allow the city to open up to conventions again.

"We, as a city, should want it open again," said Vargas. "My hope is for conventions to start up again."

Because, as Vargas said, if business doesn’t start coming in, unemployment stays high and eventually eviction moratoriums will be lifted, he's expecting a lot more people will need help.

"My concern is we will see more people falling on streets," he said. "It’s expensive to live here in San Diego so that is concerning."

During the last point-in-time count San Diego had 7,600 homeless people, but Deacon Vargas said he knows thousands more cycle in and out of homelessness each year. San Diego also has the fifth-highest homeless population in the country -   an ongoing issue that may get worse in the next six months.

The first World Homeless Day was held 10 years ago and has continued annually to bring attention to the needs of those experiencing homelessness. City leaders hope locals feel encouraged to get involved in supporting a population that often gets overlooked.