This ordinance would close the loopholes landlords still have on the state level to evict tenants during the pandemic, such as planning to make renovations 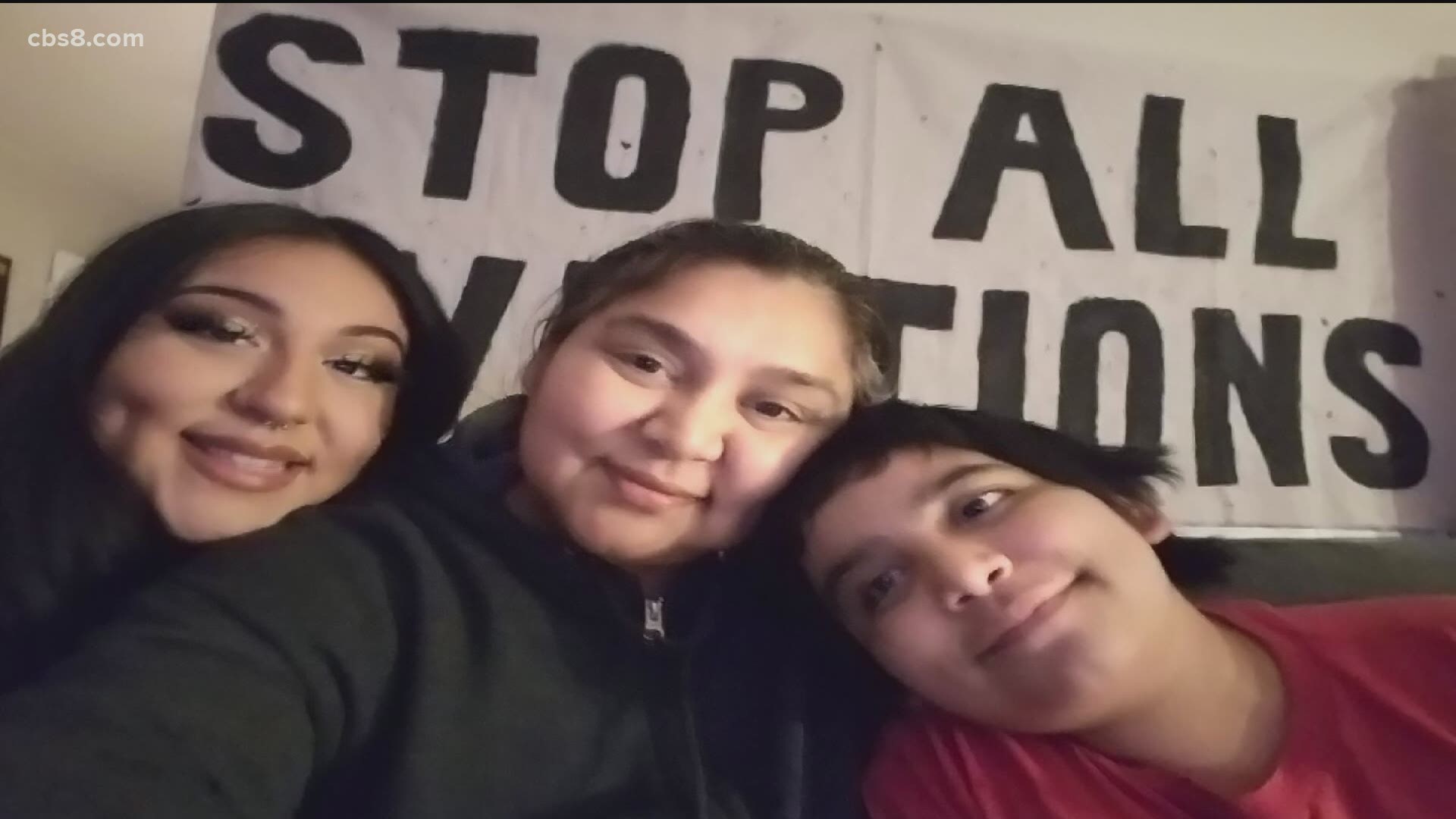 SAN DIEGO COUNTY, Calif. — New San Diego County-wide protections for renters in danger of losing their homes during the pandemic may soon be put in place.

While the state has already passed rent relief that would allow landlords to re-coup most of the back rent they're owed, some are still using loopholes to evict tenants.

Under this county-wide ordinance, rent would not be completely forgiven. Landlords would receive 80% of what they're owed through state rent-relief programs, provided they forgive 20% and agree not to pursue eviction.

"Housing is a human right, pandemic or no pandemic," said Imperial Beach resident Patricia Mendoza, who is also a mother of two.

Mendoza lost her job as a medical van driver last year because of the pandemic, and after falling behind on her rent, is now in danger of being evicted from her home.

"My kids don't even want to open the door anymore," she told News 8. "They're scared that it's going to be the landlord."

The essence of this urgency ordinance is to protect families like Patricia Mendoza’s. She, like many people in the County, have been hard hit by the pandemic and face eviction. In the interest of public health, families should not be displaced. #YesToEvictionMoratorium pic.twitter.com/wLvkgiGRUJ

The latest eviction notice she received noted that the property's owner planned to do "major renovations"  on the unit, which, even under the state's current eviction moratorium, qualifies as a loophole.

"'Major renovations' is a just cause? Come on!" said County Supervisor Nora Vargas. "We reed to really look at the health and safety of what's going to happen to these families during these really challenging times."

Vargas drafted new county-wide renter protections which would close the loopholes landlords still have on the state level to evict tenants during the pandemic, such as planning to rehab the rental property or move into it themselves.

"We need to have a little bit of compassion for folks and not to be throwing them out on the street," Vargas added.

While Vargas' measure failed to get four votes required to pass immediately as an "emergency ordinance," it was quickly changed to a "non-emergency" measure, garnering a three-vote majority to initially pass.

However, it will now require another public hearing and a subsequent vote before it can go into effect.

Leading up to Tuesday's vote, hundreds of renters spoke out in support, while a smaller number of vocal landlords blasted the proposal.

"We continue to pay taxes, utilities, insurance, and plow a good amount of what we make into the assets to maintain them," said one property owner.

"The County of San Diego is creating a business environment that will drive small landlords out of business," said landlord Art Moses, who owns one rental unit as part of his retirement income.

Renters like Patricia Mendoza, though, said they can't afford to be driven out of their homes while the pandemic continues.

"No child should be worried about where they're going to live," she added. "No child. It's not fair. We didn't cause this and neither did our children."

The County Board of Supervisors is set to cast its second vote on this measure on May 4.

For more information on how to apply for rent relief, click here.